In pix: An Indian family that inspires pilots

Nivedita Bhasin and her family is setting a trend of inspiring women to follow their dreams.

It wouldn't be wrong to say that the Bhasins were born to fly.

Captain Jai Dev Bhasin was among the first seven pilots in the country to become a commander in 1954.

His son Rohit Bhasin got married to Nivedita Jain (now Bhasin) who joined Indian Airlines in 1984. She was the third woman to join the company.

Together the Bhasins have collectively captained and flown almost every aircraft in India. 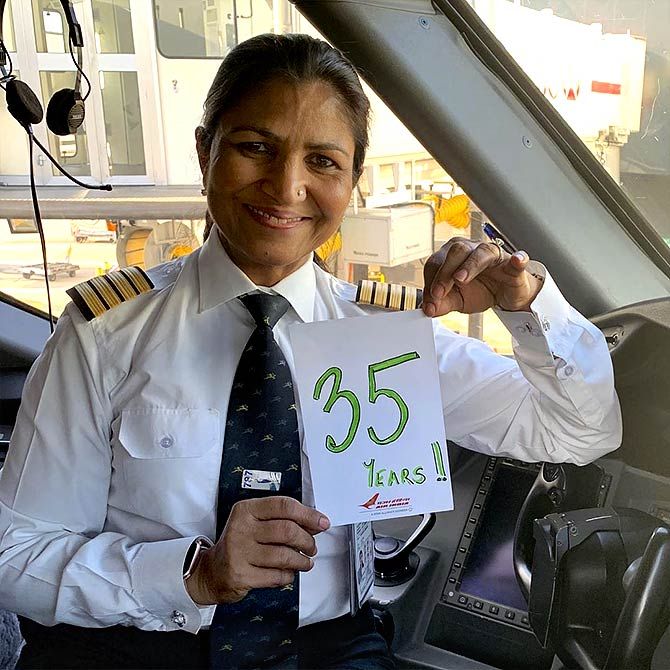 'I was at a friend’s birthday party when my father came running with an appointment letter for me from Indian Airlines. The day is etched in my memory. It was June 29, 1984,' Bhasin, who started working when she was 20, told Hindustan Times. Photographs: Kind courtesy Nivedita Bhasin/Instagram In 1985, a year after she joined Air India, Nivedita co-piloted the world's first ever all-woman crew flight with a Fokker Friendship aircraft along the Calcutta-Silchar route. She met her husband Rohit in 1985 while working as a trainee pilot for the Fokker aircraft. In 1990, she was the youngest woman jet captain in the world to fly for an airline. Nivedita's son Rohan was perhaps the only one in the family who didn't want a career in aviation.
He wanted to be a tea taster or play tennis, but changed his plans after he flew in the cockpit of the Airbus A-300 along with his father. 'It was a wow experience,' he'd revealed.
In March 2019, Rohan's teacher Sudha Satyan got nostalgic remembering her star student who flew her from New Delhi to Chicago. 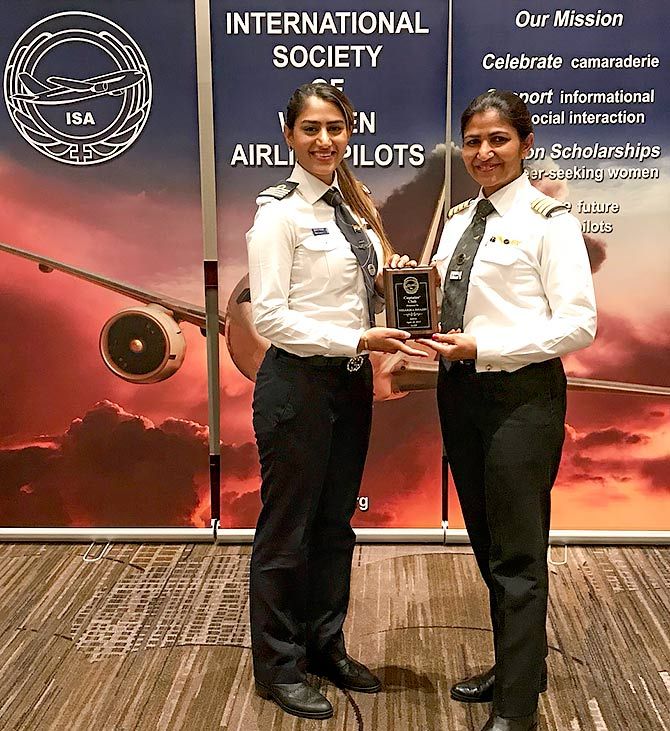 Nivedita is equally proud of her daughter Niharika.
'When your daughter is inducted in the Captains Club and you get to handover the plaque to her..So proud of you, my little girl. Fly high and fly safe,' Nivedita wrote on Instagram. When Nivedita was pregnant with her first child, she was the first female pilot to become a mother.
Over the years Nivedita has inspired several young women to pursue their dreams and balance both career and family.
In this picture, she is posing with Captain Anila Bhatia, one of her earliest friends and colleagues in the company.
'Just knowing each other for almost 40 years makes us #HISTORY. Love my friend #CaptAnilaBhatia. We both joined Indian Airlines in '84/'85,' Nivedita wrote. 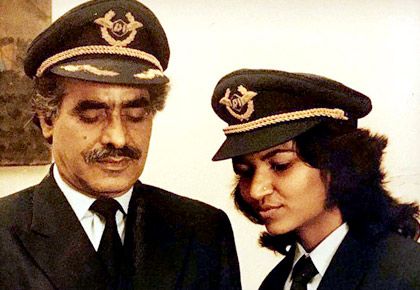 TELL US: How do you balance career and family? Share your tips in the messageboard below.