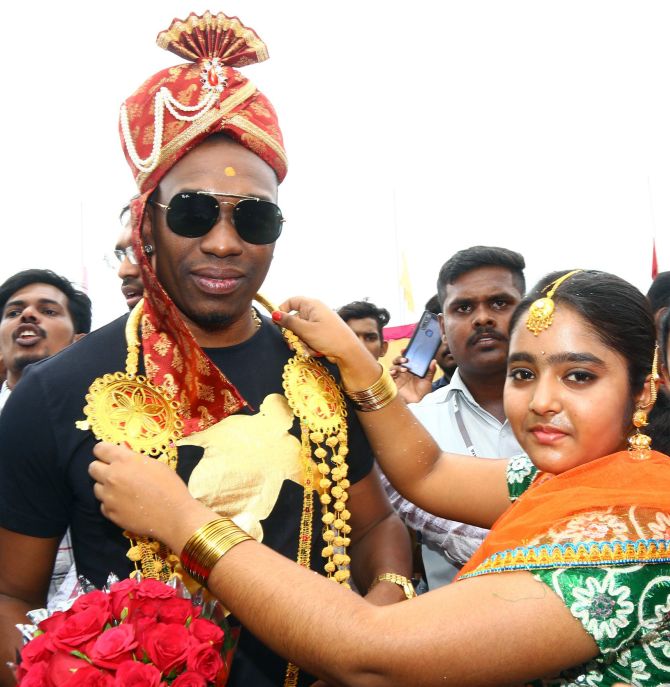 Former West Indies cricket captain Dwayne John Bravo, who last year announced his retirement from all forms of the game, is having a good second run as a singer.

His popular Dwayne 'DJ' Bravo Champion music video is a blockbuster online, having notched up 2,950,000 views on YouTube.

Bravo has also teamed up with choreographer Shakti Mohan of Dance India Dance fame to come up with a peppy single, The Chamiya Song.

Bravo tells Rediff.com Contributor Divya Solgama why the Indian cricketing team is the best in the world.

'India is the best team in the world'

How Champion became a rage

Divya Solgama loves masala entertainers as well as realistic films. Divya can be contacted at movies@rediff-inc.com.