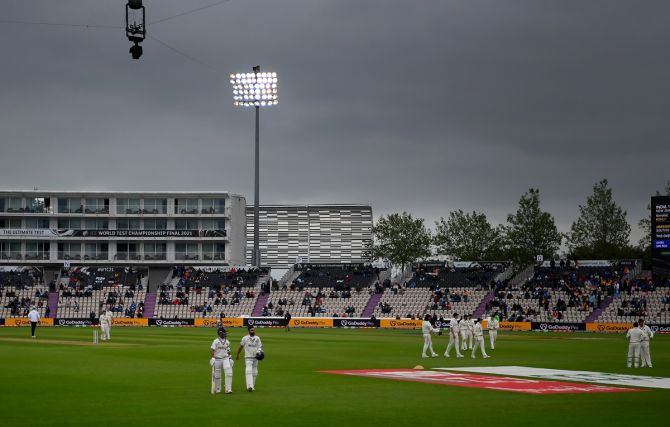 IMAGE: The first and fourth days of the WTC Final were completely washed out. Photograph: Alex Davidson/Getty Images

The weather forecast for Day 6 of the World Test Championship Final in Southampton looks promising.

There are less chance of rain and it sets up an exciting final day of cricket. If the game ends in a draw, India and New Zealand will share the World Test Championship title, but there are those who hope that a result could be possible.

'A chilly start in some rural areas, otherwise, it will be a fine and dry day with sunnier skies for many. Feeling warmer than on Tuesday, with light winds. Maximum temperature 23 °C,' states the UK Met department.