Images from the ICC World Cup match between New Zealand and West Indies, in Manchester, on Saturday. 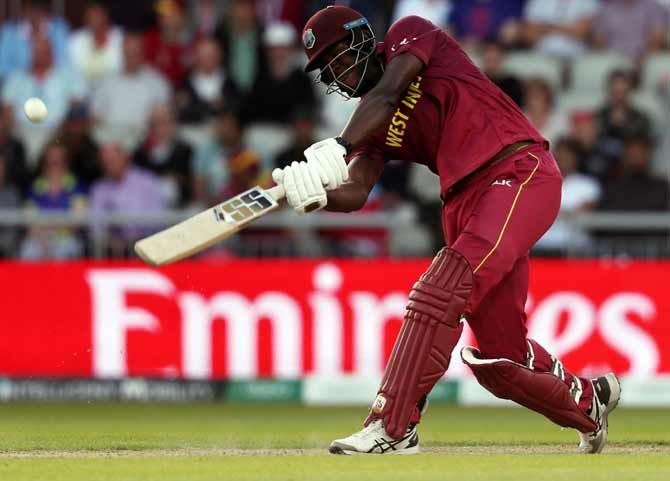 New Zealand moved to the brink of the World Cup semi-finals with a thrilling five-run victory over West Indies on Saturday after Carlos Brathwaite's magnificent century almost produced a highly unlikely comeback win for the Caribbean side.

Chasing 292, after skipper Kane Williamson’s fine 148 for New Zealand, West Indies were well poised at 130 for two after 20 overs but never recovered from the loss of Shimron Hetmyer (54) and Chris Gayle, who made 87 including six sixes.

With Holder, Ashley Nurse and Evin Lewis, hampered by a muscle injury, managing just one run between them, it was a familiar tale of fragility from the West Indies middle order. 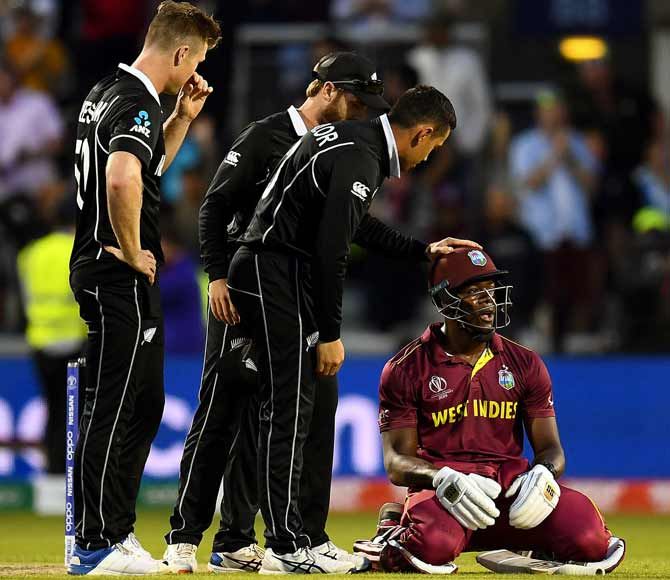 A 47-run partnership between Brathwaite and Kemar Roach offered consolidation and a little hope before the latter was snaffled up by Tom Latham off Matt Henry.

Sheldon Cottrell then provided some support to Brathwaite, his 15 contributing to a 34-run stand that kept his side in the game before he was bowled by Lockie Ferguson.

With Oshane Thomas a true number 11, only the wildest optimist among the Caribbean supporters could have imagined what was to come -- but 25 runs came in the 47th over, with Brathwaite blasting Henry for three consecutive sixes followed by a four. 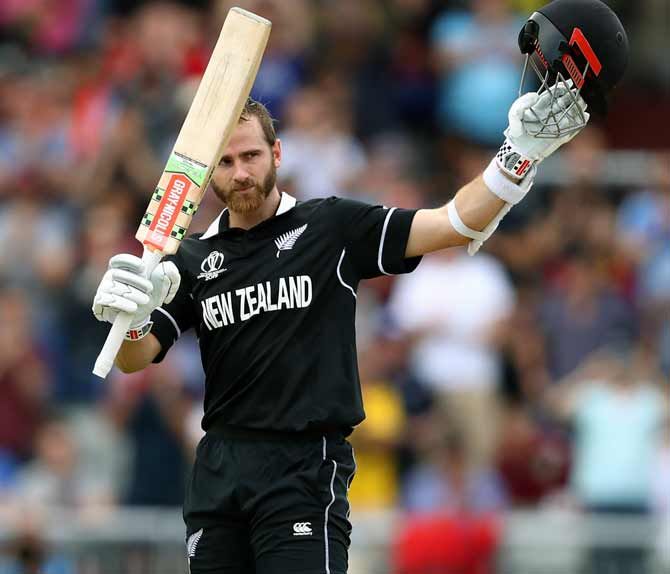 The power and confidence of Brathwaite's hitting brought back memories of his sensational match-winning performance in the 2016 World Twenty20 final, when he hit four sixes in a row off England's Ben Stokes.

Extraordinarily, he had only scored one half-century in his previous 37 ODIs before Saturday.

At Old Trafford, though, he scored every run of the 41-run, 24-ball last-wicket partnership with Thomas.

But on the final ball of the penultimate over, Brathwaite went for the big hit, only for his effort off Jimmy Neesham to find Boult's hands.

As the New Zealanders celebrated, the West Indies batsman collapsed to his knees.

Earlier, Kane Williamson, who anchored his side's chase with an unbeaten 106 against South Africa in their previous match, yet again excelled under pressure as New Zealand were off to a disastrous start.

Negating a sluggish track and some testing initial fast bowling spells from the  Caribbeans, Williamson batted with aplomb and in the process raised his 13th ODI hundred which came off 154 balls with the help of 14 fours and a six.

Asked to bat, New Zealand were in for a shock when left-arm pacer Sheldon Cottrell (4/56) sent back both the openers -- Martin Guptill (0) and Colin Munro (0) in the first over of the match. 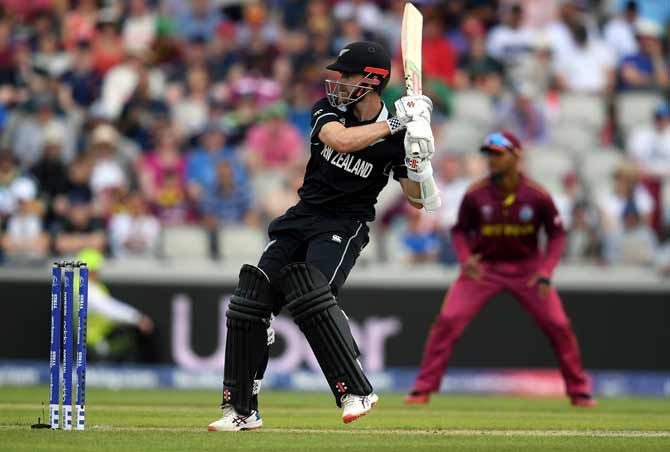 Cottrell's swinging yorkers consumed both the batsmen, who were out for golden ducks.

The joy for the Caribbeans did not last long as Williamson and Ross Taylor (69 off 95 balls) dug their heels to raise a 160-run partnership, which steadied the Kiwi ship. 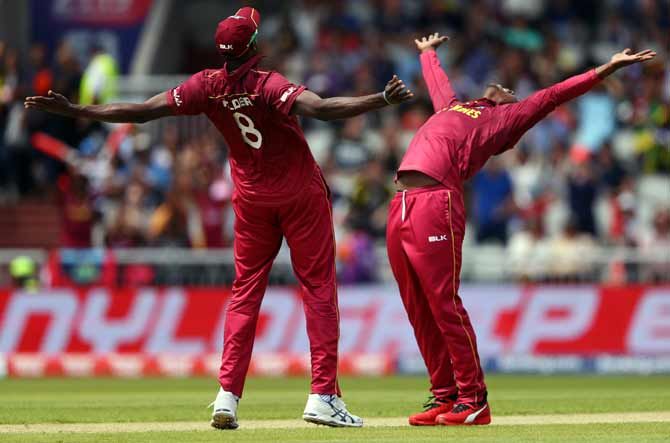 The first signs of aggression came when Williamson cut Oshane Thomas for a four before New Zealand brought their 50 in the 15th over when Taylor smashed a short one from Jason Holder. He later straight drove Thomas for a delicate boundary.

Pacing the innings nicely, both the batsmen completed half-centuries in the 24th over, bowled by Kemar Roach.

Chris Gayle's part-time off spin broke the partnership which was threatening to take the match away from the West Indies.

Taylor looked for some quick runs to accelerate but could not middle one after outstepping as he was caught by Holder at mid-off. 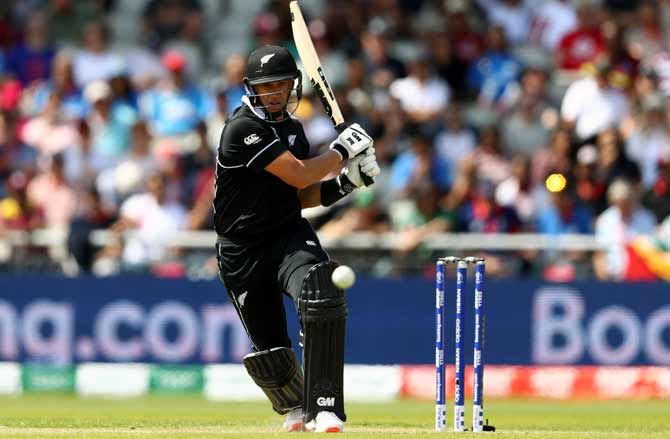 Williamson raised his hundred with a boundary off Roach.

Cottrell was brought back into the attack and he first got rid of Tom Latham (12)  and then ended the sublime knock of Williamson.

James Neesham (28) and Colin de Grandhomme (16) added some quick runs towards the end.