Why Chappell will never apologise for underarm ball

'It was a negative thing in your life. Get over it. Get on with life' 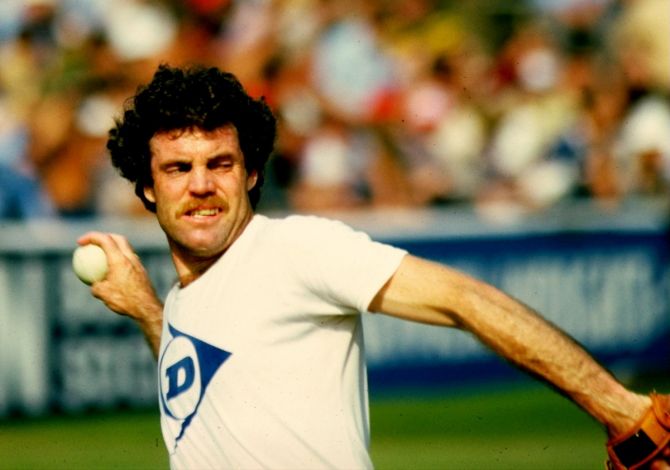 Trevor Chappell has never apologised to New Zealand for the underarm ball that shocked the cricketing world in 1981 and the former Australia batsman says there is not much point doing so now as it would not change anything.

In the leadup to the 40th anniversary of the ball, which prevented New Zealand tying a one-day international and triggered condemnation of the Australia team, Chappell said he saw little worth in focusing on the 'negative event'.

“There is not much point. It was a negative thing in your life. Get over it. Get on with life," he told Brisbane's Courier-Mail newspaper.

"One thing I have learnt in life and focus on negative events it does not do you mental health or physical health any good."

Chappell was instructed by his older brother and then-captain Greg to bowl underarm at tailender Brian McKechnie, with New Zealand needing six runs off the final delivery to tie the ODI at the Melbourne Cricket Ground on Feb. 1, 1981.

It was the third match in a best-of-five series which was locked at 1-1.

McKechnie could only block the ball and Australia won by six runs. Underarm deliveries were not illegal at the time but considered against the spirit of the game.

Robert Muldoon, then New Zealand Prime Minister, said the ball was an "act of true cowardice and I consider it appropriate that the Australian team were wearing yellow".

Asked whether he would bowl the ball differently today, Chappell said he would have to because underarm bowling was subsequently outlawed.