'We are on the right path, every year we are improving' 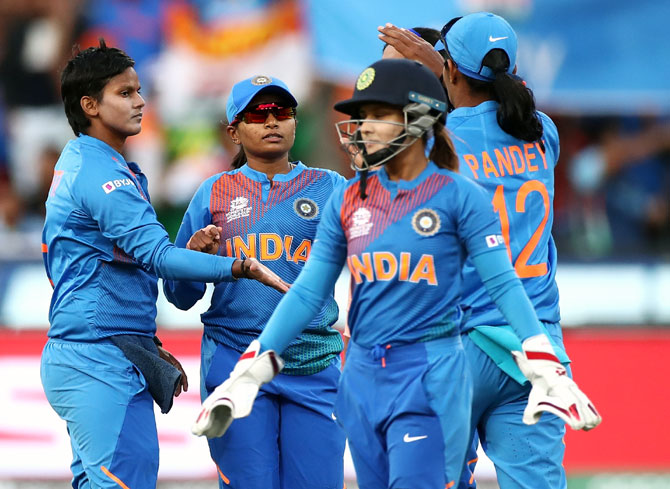 India skipper Harmanpreet Kaur said she has full faith in her team to do well in future even after Australia outclassed her side by 85 runs in the final of the ICC Women's T20 World Cup, in Melbourne, on Sunday.

Unbeaten throughout the tournament, India were outplayed in all departments of the game by defending champions Australia, who clinched their fifth title.

"The way we played in the league games was outstanding. I still have a lot of faith in my team," Harmanpreet said after the match.

Kaur, however, rued the dropped chances of Australia openers Beth Mooney (78 not out) and Alyssa Healy (75), who set up their team's victory. She said that the team needs to work in the fielding department and learn from the mistakes.

"Today, it was unfortunate that we dropped those catches. The upcoming one-and-a-half years is very important. We need to focus, especially in fielding," she said.

Playing in their maiden final, India wilted under pressure as they were bowled out for 99 in 19.1 overs while chasing 185 for a win, and Kaur reckoned her side need to learn how to win high-stakes clashes.

"If we talk about the last T20 World Cup, we got to the semis, and this time to the final. I think we are on the right path. Every year we are improving. We just need to think of how we play with focus in the main games. Sometimes we don't manage that," the skipper said.

She spoke highly of the domestic IPL style Women's Challenger tournament, saying that the event has helped spot talented players for the national team.

"This year we are hoping for some more games in the Women's Challenger, that tournament is very important for us because it is high quality. From there we already got two good players, and hopefully in the upcoming tournaments we can get more."

Australia captain Meg Lanning was delighted by her team's performance throughout the tournament.

"I am just really proud of this group of players and staff. We've had everything thrown at us, ups and downs. It was tough, definitely, especially after we lost that first game. There was a lot of expectation on us, inside and out. Definitely some tough times in there but we stuck with each other, had each other's backs," she said.

Australia were dealt with major blows when star all-rounder Ellyse Perry and pacer Tayla Vlaeminck were ruled out of the tournament and Lanning said the absence of the duo affected the team's plans.

"Coming in they (the injured players) were a big part of our plans, we had to go to Plan B and C."

Talking about the record turnout of 86174 at the iconic MCG, the most in a women's cricket match, she said, "It has been massive, 86000 people at the MCG, I've never seen it before and didn't think I'd be part of it in the middle."

Player of the tournament Beth Mooney, who scored a scintillating unbeaten 78, said her team was aware of their shortcomings from their group stage loss against India and worked on executing their plans properly.

"I am a bit lost for words. It has been an unbelievable tournament. The crowds have been great throughout the tournament," Mooney said.

"Didn't really do anything differently. We had some plans we didn't execute in that first game. I think we stuck to our processes. We sort of knew what went wrong against India in the first game and we worked on our plans accordingly," she added.