Images from the ICC Women's T20 World Cup final at the Melbourne Cricket Ground on Sunday. 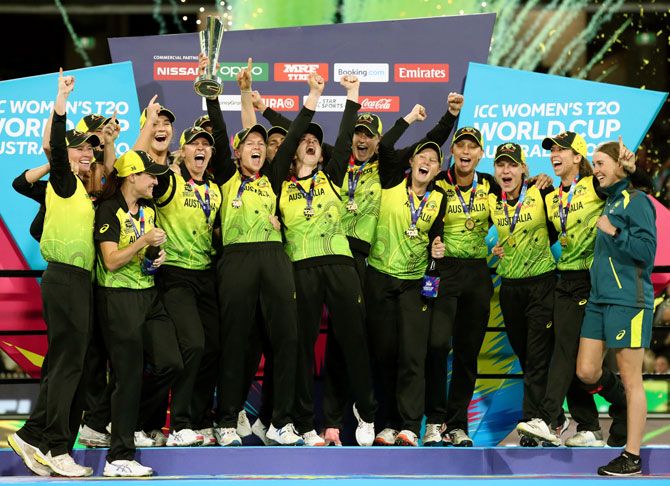 Player of the match Healy blasted a 39-ball 75 and pillaged five sixes from India's hapless bowlers, while Mooney, named player of the tournament, finished with an unbeaten 78 from 54 balls, driving the defending champions to an imposing total of 184 for four.

Having dropped both the Australian openers when they were on single figures in a dismal fielding display, a shellshocked India later crumbled under the floodlights to be out for 99 after 19.1 overs. 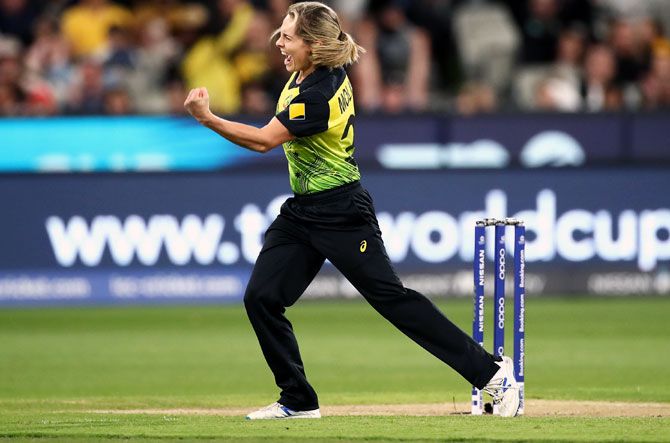 The catch sent home fans in the crowd of 86,174, a record for a women's sporting event in Australia, into a frenzy on International Women's Day. 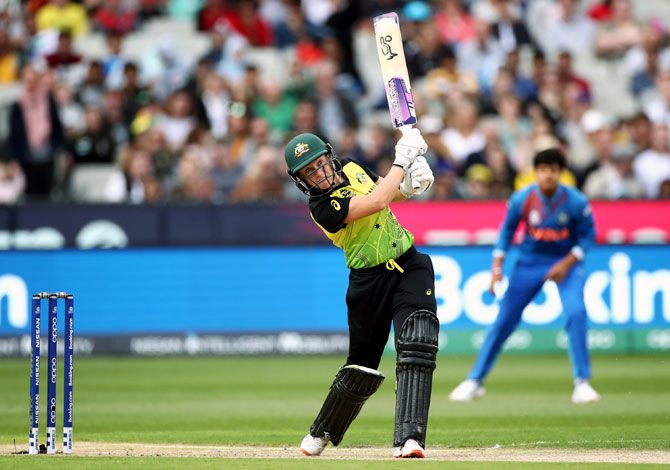 Blighted by injuries, Australia had to grind through a slew of do-or-die matches to reach the decider after losing their tournament opener to India.

Yet shorn of talismanic all-rounder Ellyse Perry and front-line fast bowler Tayla Vlaeminck, Meg Lanning's side produced their best performance of the tournament in the match that counted.

"I'm just really proud of the group and staff. We've had everything thrown at us through this tournament," skipper Lanning said at the trophy ceremony.

"There were definitely some tough times there but we stuck together as a group. 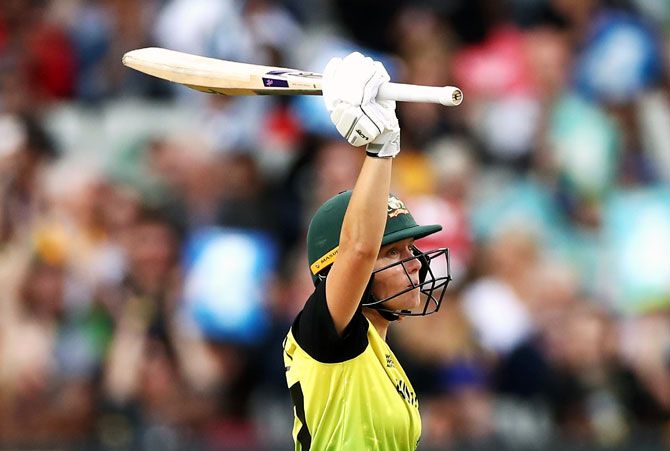 For India, who lost the one-day World Cup final to England at Lord's three years ago, their wait for a maiden global trophy in women's cricket will go on.

They will rue a nervous start at the MCG, when opening bowler Deepti Sharma sent down three full tosses and was plundered for 14 runs in the first over. The 16-year-old opener Shafali Verma's dream tournament ended in huge disappointment, when she dropped Healy at cover on nine runs and was later caught behind for two by the wicketkeeper-batsman.

Inconsolable, the schoolgirl from Haryana wept off-field as she was comforted by team mates.

Rajeshwari Gayakwad put down a caught and bowled chance that would have dismissed Mooney for eight.

The Australian openers went on to produce a 115-run stand that set the platform for victory. 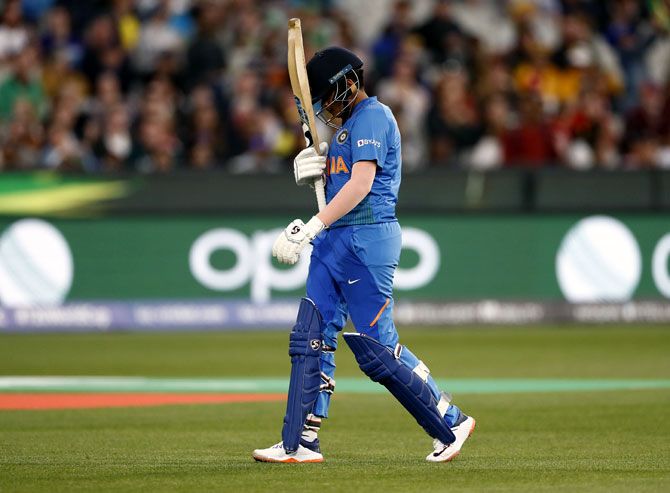 India captain Harmanpreet Kaur was caught cheaply for four slogging all-rounder Jess Jonassen as India slumped to 30 for four on the way to a harrowing defeat.

"Today was unfortunate for us," said Kaur.

"I still have a lot of faith in my team ... We just need to keep trusting ourselves."

© Copyright 2021 Reuters Limited. All rights reserved. Republication or redistribution of Reuters content, including by framing or similar means, is expressly prohibited without the prior written consent of Reuters. Reuters shall not be liable for any errors or delays in the content, or for any actions taken in reliance thereon.
Related News: Alyssa Healy, Getty Images, Beth Mooney, India, IMAGE
SHARE THIS STORYCOMMENT
Print this article 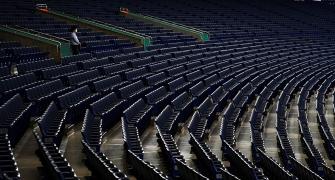 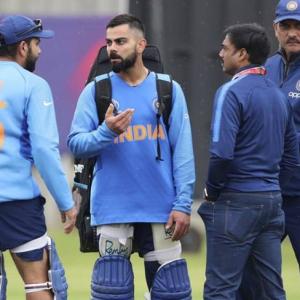 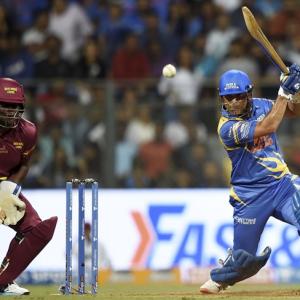