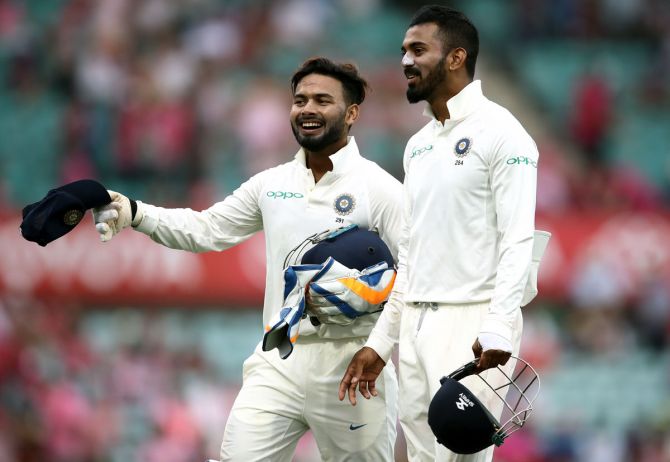 The batting debacle in the first Test at Adelaide has put India in a desperate situation ahead of the Boxing Day Test against Australia, which begins on Saturday.

With Captain Virat Kohli returning home for the birth of his first child and senior fast bowler Mohammed Shami missing out due to injury, the situation has worsened for the visitors.

The 36 all out in the second innings of the Adelaide Test will no doubt leave a permanent blot on the Virat Kohli-Ravi Shastri era and the rejigged Indian team will hope to banish those memories with a quick turnaround in the second Test at the iconic Melbourne Cricket Ground.

Ajinkya Rahane in charge for the last three Tests will need to find a quick fix, especially in the batting department or else the Australia pace battery could once again send the Indians crashing for a low score.

Rahane will not only have to play a leading role with the bat, but his say in team selection will be vital in the lead up to the Test as India ponder changes in their playing XI.

Prithvi Shaw looked out of place against the moving ball in Adelaide and will be dropped, but fellow opener Mayank Agarwal could be given another chance.

The legendary opener Sunil Gavaskar has suggested K L Rahul play as opener and the young Shubman Gill in the middle order.

Rahul has not done well at the Test level, but his recent superb showing with the bat in limited overs cricket has forced the selectors to give him another chance in the longer format.

Gill impressed with two good knocks of 65 and 43 at No 3 in the second practice game against Australia A and could come in at No 5 with Rahane expected to bat in Kohli's No 4 position.

Another change could be the inclusion of the dashing Rishabh Pant as the wicket-keeper in place of veteran Wriddhiman Saha, who failed in both innings of the Adelaide Test.

Pant has not been reliable with the gloves, but his batting could provide the X-factor for a struggling India as he proved with his blistering 103 not out from 73 balls in the second practice game.

In the bowling department, a fit again Ravindra Jadeja could come into the picture. He could replace Hanuma Viharim but it is unlikely that India could bring in the all-rounder in place of a specialist batsman given that their batting was a major failure in Adelaide.

Vihari stroked a century in the second practice match, but failed in both innings of the Adelaide Test. Could he be given another opportunity ahead of Jadeja?

In the fast bowling department, Mohammed Siraj could come in for Shami as he joins the pace duo of Jasprit Bumrah and Umesh Yadav.

Should Pant come in for the struggling Saha?

Who do you think should be part of India's playing XI for the second Test? Please pick your team by clicking on the boxes below: