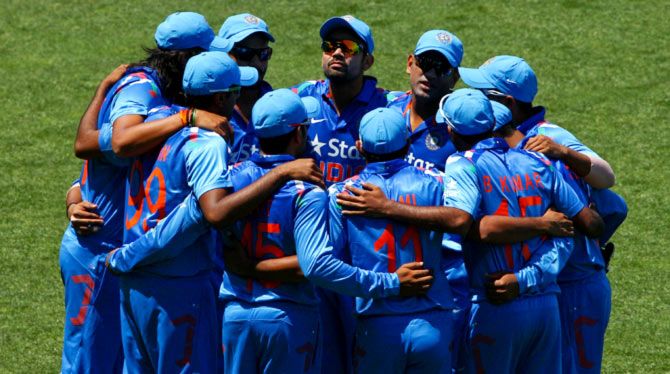 Mahendra Singh Dhoni gets into a huddle with his players. Photograph: Getty Images

Several senior players of the triumphant squad of 2011 were missing from India's 30-man list of probables for the 2015 World Cup.

The list will be further pruned to 15 on or before January 7, five weeks before the mega event in Australia and New Zealand kicks-off on February 14.

Before the selectors meet again to finalise the squad, you can take on their role and pick 15 players from the 30-member list you feel are best to represent the country at the World Cup.