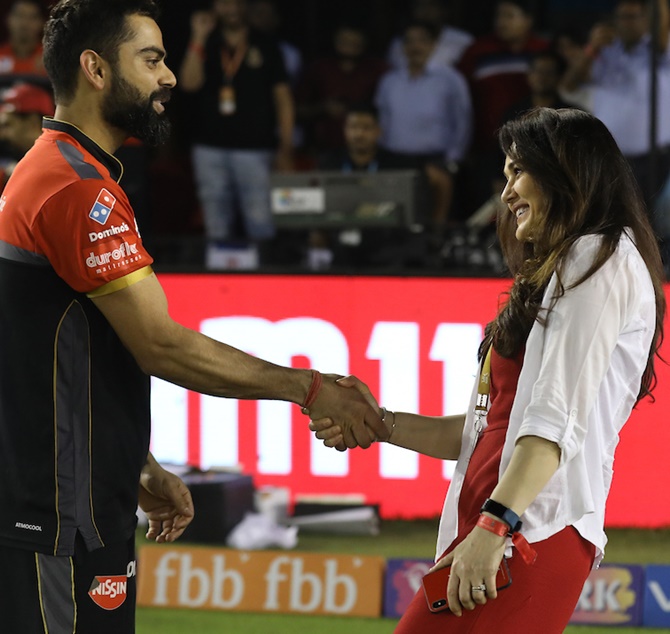 Royal Challengers finally snapped their six-match losing streak with a eight-wicket win over Kings XI Punjab, in Mohali, on Saturday. 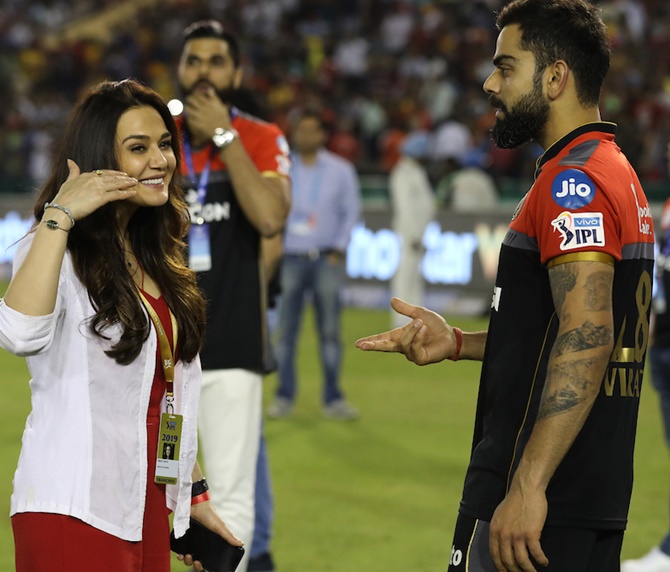 Earlier, Preity performed the bhangra (dance) to enthral the home fans in Mohali. 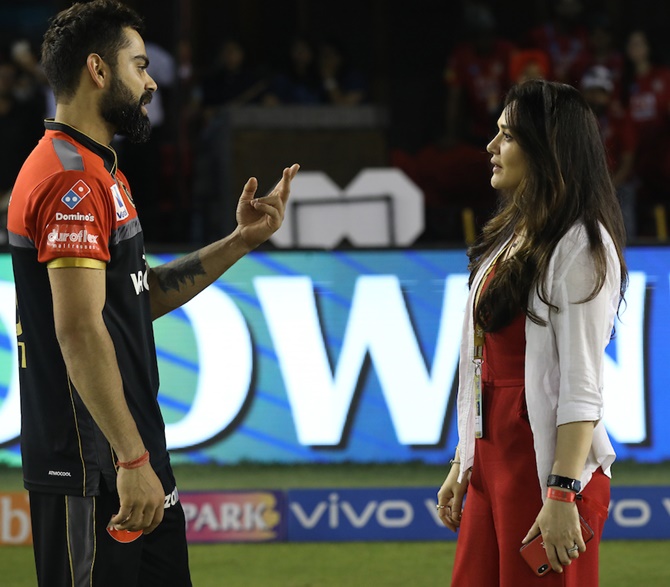 The Bollywood star described Kohli as 'awesome' when replying to a fan's question on Twitter.

Preity's Kings XI have had a mixed tournament so far. They have finished on the losing side in their last two games, to slip to fifth in the standings with four wins from eight games.