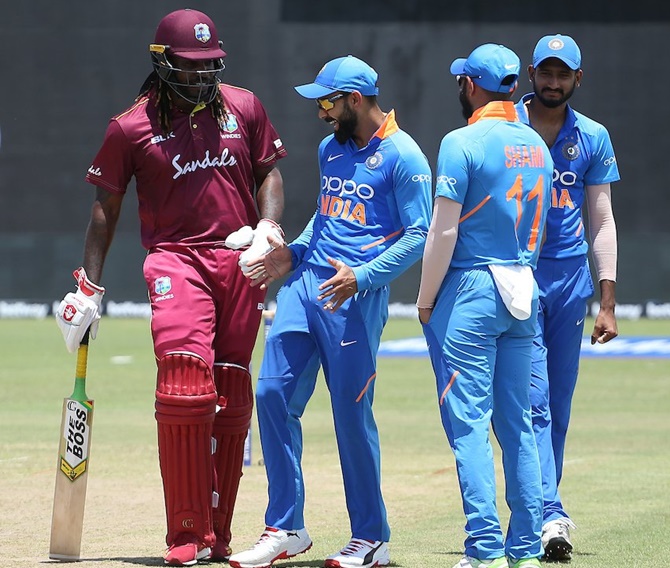 IMAGE: Virat Kohli found a way to pass time as he put on his dancing shoes. Photographs: BCCI

Thursday's first ODI between India and West Indies was abandoned due to rain in Guyana, but Indian skipper Virat Kohli found a way to entertain the fans in the stadium with some slick dance moves. 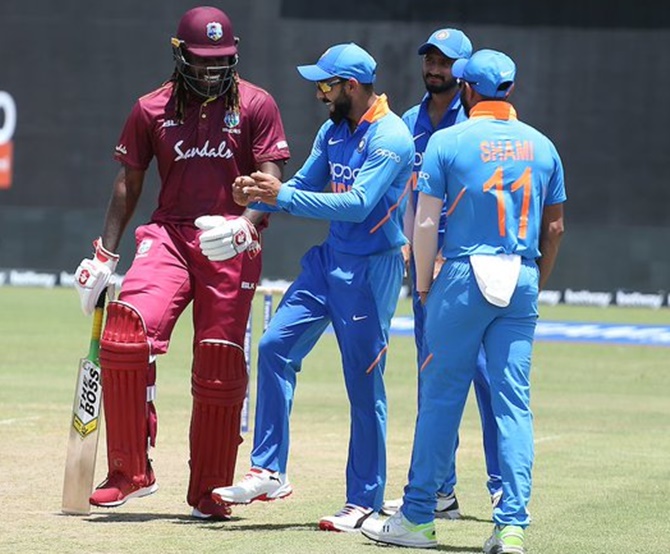 "When in the Caribbean, breaking into a jig be like #TeamIndia #WIvIND," BCCI tweeted.

The series opener was abandoned because of rain after only 13 overs were bowled.

Put into bat, West Indies had recovered after a slow start to reach 54 for one in 13 overs. 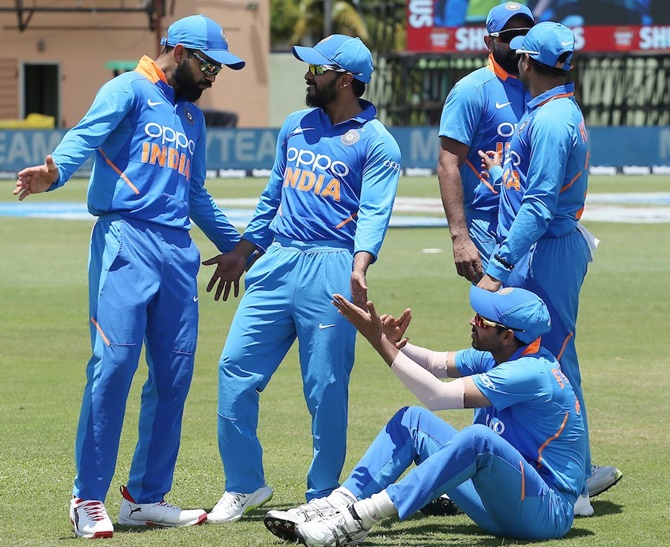 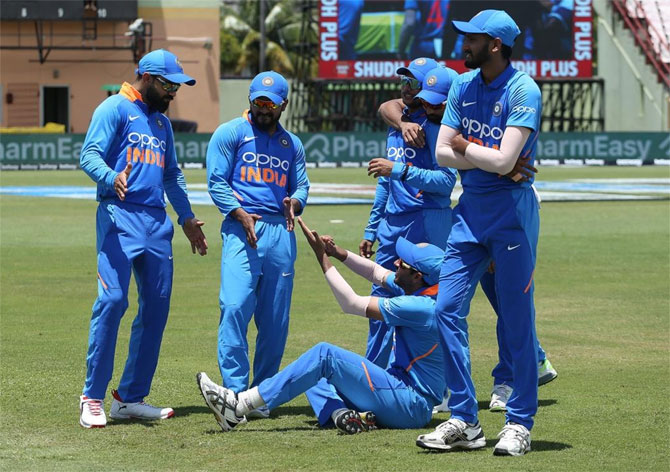