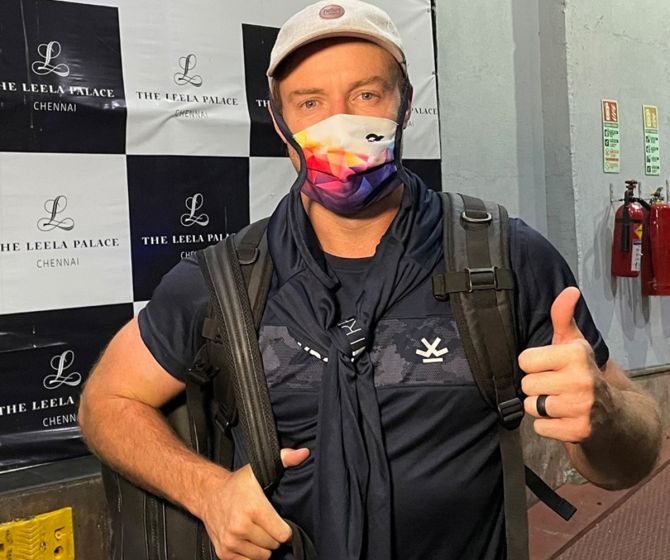 RCB posted a photo of de Villiers on Twitter and the franchise captioned the post as: "BREAKING THE INTERNET. The spaceship has landed! AB de Villiers has joined the RCB bubble in Chennai."

For a few matches last year, AB de Villiers donned the wicketkeeping gloves and he is expected to do the same this year if it fixes the balance of the playing XI.

Later in the day, skipper Virat Kohli will also be joining the team bubble in Chennai.

The RCB skipper has already begun his preparation for the cash-rich league. He shared a glimpse from his workout routine. "No rest days. From here on its all about speed #IPL," Kohli tweeted.

RCB is set to play the IPL 2021 opener against Mumbai Indians on April 9 in Chennai.