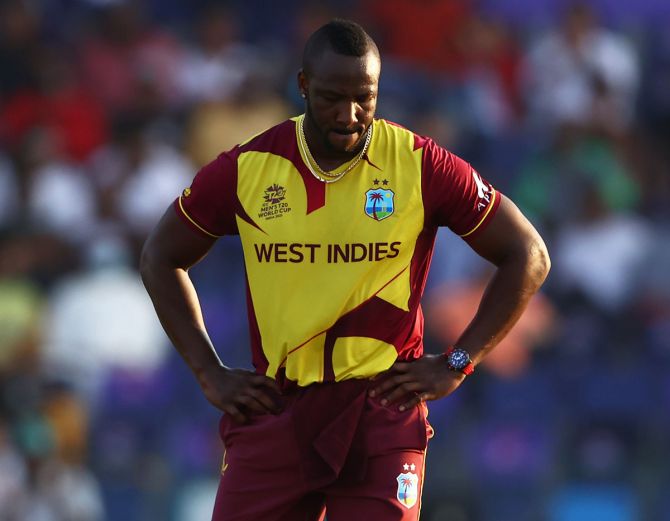 West Indies recalled opener Evin Lewis on Wednesday for the Twenty20 World Cup in Australia but excluded all-rounder Andre Russell and spinner Sunil Narine as part of their 15-man squad.

The left-handed Lewis last played for the team in the 2021 T20 World Cup in the United Arab Emirates while veterans Russell and Narine have been overlooked by selectors in recent months.

West Indies included uncapped all-rounders Yannic Cariah and Raymon Reifer in the squad, which will be led by Nicholas Pooran with Rovman Powell as his deputy.

There was also no place, however, for all-rounder Fabian Allen.

"We have selected a mixture of youth and experience to represent the West Indies," said lead selector Desmond Haynes.

"In the selection process, we have been cognizant of the ongoing Caribbean Premier League and we have been looking at the players who have been playing very well."

Twice champions West Indies play Australia in a two-match series in the run-up to the World Cup before taking on Scotland in their opener on October 17.