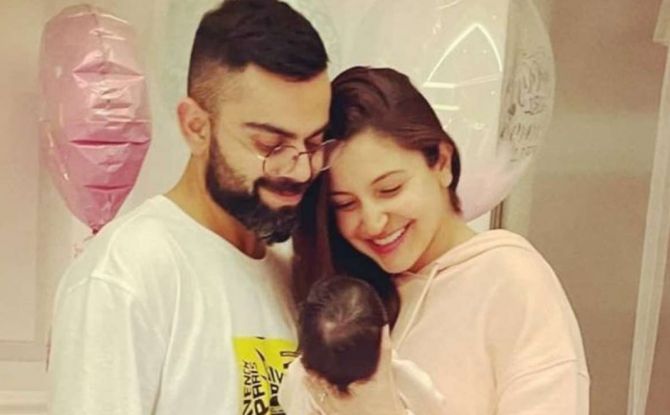 Six weeks after she was born, will Vamika Sharma Kohli turn up at the N M stadium on Thursday to watch her dad lead the Indians against the Englishmen?

Vamika and her mum Anushka Sharma arrived in Ahmedabad on Monday and the movie star posted a photograph of the sunrise from her hotel room on the banks of the Sabarmati river. Virat Kohli has been away from his baby daughter since he moved into the bio-bubble in Chennai shortly after Vamika's birth.

Anu and Vamika's presence, we think, will surely motivate Chikoo to score that century, which has eluded him so far his series.