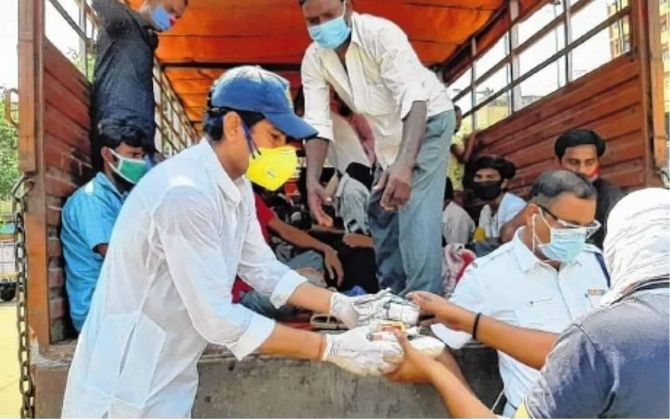 'Today, 6th May 2021, on my birthday, am humbly donating my entire #IPL2021 commentary fees, to the #westbengal #CHIEFMINISTERRELIEF FUND. A small contribution to fight this disastrous 2nd wave Corona Situation, from my end for my people WinCorona #COVID19 #StaySafe #India #LRS' he tweeted on Thursday.

Last March, Shukla -- a member of the Bengal assembly -- donated three months' MLA salary and three months' pension he received from the BCCI to the chief minister's relief fund to help fight the COVID-19 crisis.

He also helped the groundsmen of the Maidan -- a hub of cricket and football clubs in Kolkata -- by donating rice and pulses.

Shukla was the West Bengal minister of state for youth affairs and sports before he resigned in January.

In a letter to Trinamool Congress Chairperson Mamata Banerjee, Shukla said he was taking a break from politics to concentrate more on cricket and the development of the sport.