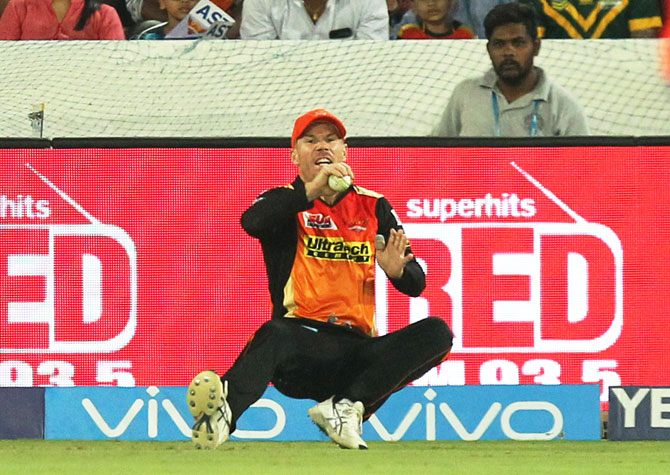 After 47 IPL 10 matches, David Warner, who captains Sun Risers Hyderabad, remains the most valuable player with a MVPI of 623.

He has scored over 500 runs at a strike rate of almost 150. It will be very hard to unseat him especially if SRH qualify for the semi-final.

Robin Uthappa of the Kolkata Knight Riders with a MVPI of 516 is currently second. But he's fighting injury and Chris Lynn is back, so his opportunity to gain more points is diminishing.

Warner's strongest challenger is likely to be Ben Stokes of the Rising Pune Supergiant with a MVPI of 510.

Being an all-rounder, Stokes gives himself more options to gain points.

The table below, updated after the 47th match of IPL10 on May 7, tells the whole story.