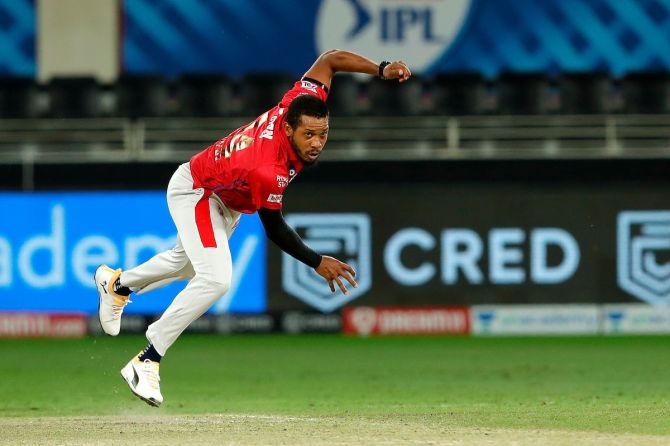 Kings XI Punjab staged an incredible comeback at the death, taking five wickets in the last two overs to beat SunRisers Hyderabad by 12 runs in the Indian Premier League match in Dubai on Saturday.

Chasing a modest 127-run target, the SunRisers batsmen lost their way after a solid 56-run opening stand between skipper David Warner (35) and Jonny Bairstow (19) and were all out for 114 in 19.5 overs.

The victory, their fourth on the trot, kept Kings XI in the race for a berth in the play-offs, as they rose to fifth in the eight-team points table with 10 points from 11 games. 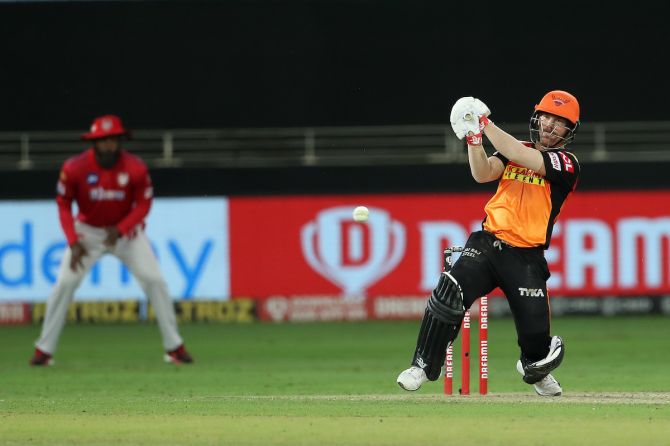 The defeat made life difficult for SunRisers even though they are mathematically still in with a chance of making the play-offs. However, for that to happen they will need to win their remaining three games with good net run-rates. 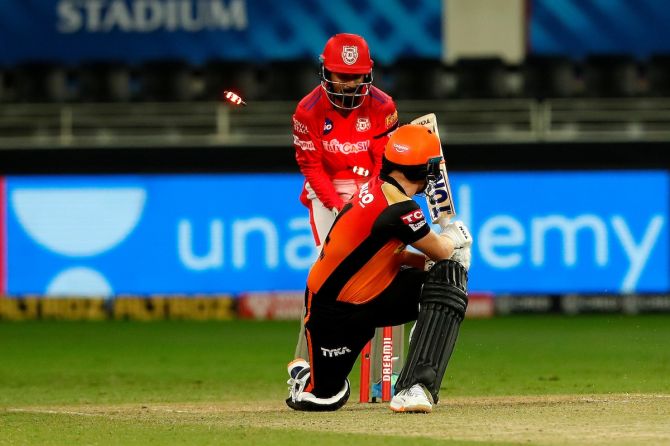 SunRisers got off to a brisk start in their chase, with skipper Warner and Bairstow adding 56 runs for the opening stand in 6.2 overs before the Kings bowlers inflicted three quick blows to get back into the contest.

Both Warner and Bairstow perished in quick succession before Abdul Samad (7) failed to rise to the occasion.

After the three quick blows, the going became tough for SunRisers as Kings XI’s bowlers utilised the slow conditions to perfection to take the match deep. 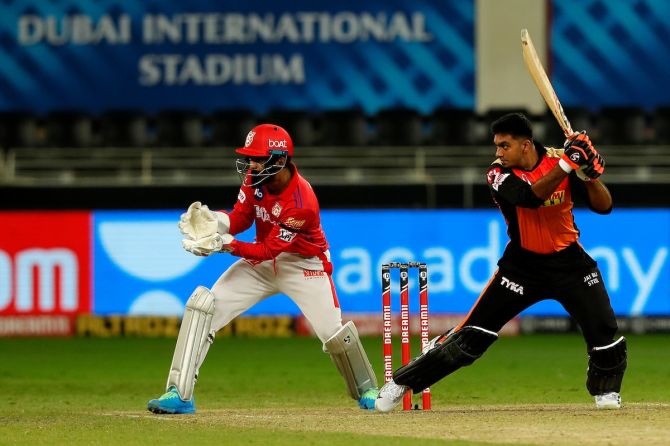 SunRisers last match heroes Manish Pandey (15) and Vijay Shankar (26) looked in good nick but both struggled to up the ante and departed in the process.

From thereon, the other batsmen made heavy weather of the chase as Kings XI’s bowlers reduced the equation to 17 runs off the last two overs.

Bowling the penultimate over, Chris Jordan (3/17) dismissed Jason Holder and Rashid Khan with successive deliveries to tilt the match.

With 14 runs needed from the last over, Arshdeep Singh (3/23) dismissed Priyam Garg and Sandeep Sharma, and Khaleel Ahmed was run out as Kings recorded a memorable victory. 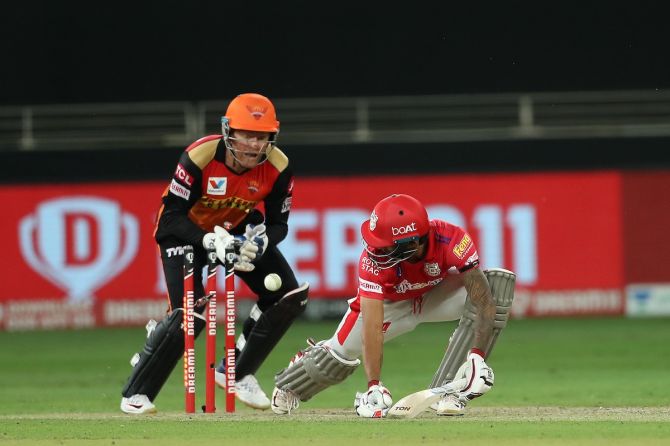 They responded magnificently to skipper David Warner's decision to field first and picked wickets at regular intervals to take control the innings.

Kings skipper K L Rahul (27), Mandeep Singh (17) and Chris Gayle (20) all got starts but their innings never got going as they failed to grab the momentum. 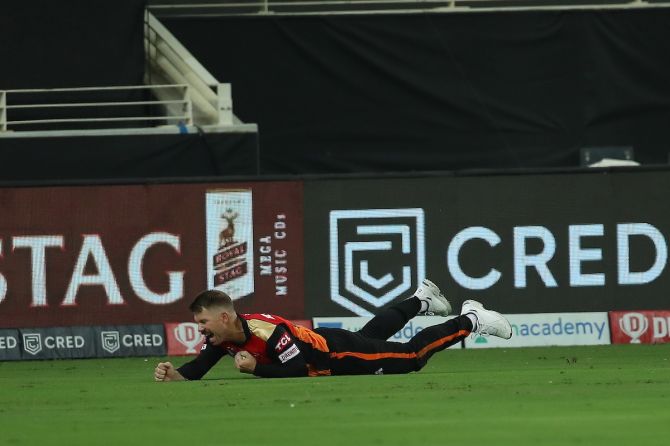 The SunRisers perfectly planned the dismissal of Gayle, who came in at one down. They kept the big-hitting batsman quiet for a long time, consistently bowling wide of the off-stump, and in the process frustrated him.

Gayle repeatedly tried to break the shackles and was dismissed by his West Indian teammate Jason Holder (2/27), caught at long-off by Warner with a wide of the stumps delivery in the 10th over.

Rashid Khan (2/14) then went through the defence of captain Rahul with the first ball off the next over as Kings slumped to 66 for three. 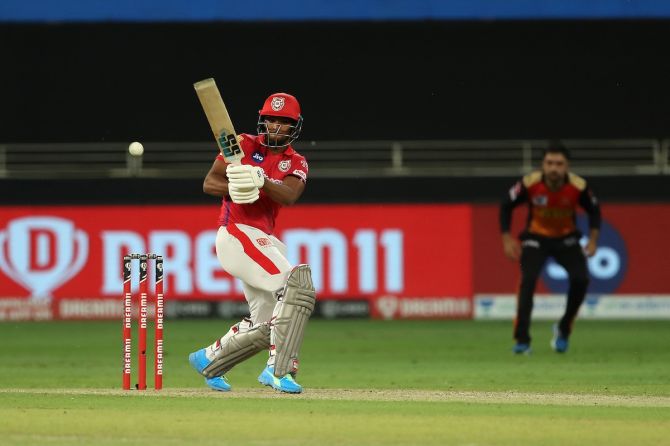 Glenn Maxwell's (12) struggle with the bat continued as he too departed soon, holing out to Warner at long-on off Sandeep Sharma (2/29) before Deepak Hooda was stumped by Jonny Bairstow off Rashid.

Boundaries and sixes were hard to come by and the Kings batsmen's struggle can be gauged from the fact they failed to find the fence for more than 11 overs, the drought finally broken by Nicholas Pooran in the 19th over.

Pooran ended up being the top-scorer after an unbeaten 32 off 28 balls.