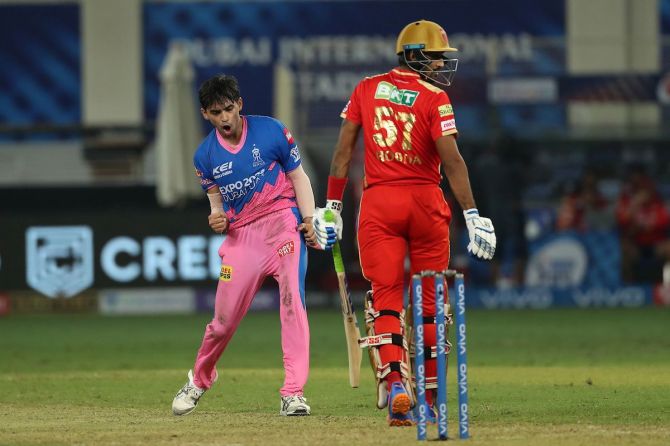 Rajasthan Royals pacer Kartik Tyagi has said that he was just thinking about bowling six yorkers in the final over against Punjab Kings in an Indian Premier League (IPL) match.

Kartik Tyagi returned with two wickets and he was adjudged as Man of the Match. In the final over, Tyagi was able to defend four runs as he bowled six perfect yorkers.

"It was a do or die situation for me when I was bowling the last over. I was just thinking about bowling, I wanted to bowl six yorkers and I was able to execute it. It was a good feeling when everyone came up to me when we won," Tyagi told team-mate Mahipal Lomror in a video posted on iplt20.com.

Rajasthan Royals will next lock horns against Delhi Capitals on Saturday at the Sheikh Zayed Stadium in Abu Dhabi.