The ICC on Sunday assured "full support" and welcomed the steps announced by the BCCI to deal with the spot-fixing issue that has rocked the Indian Premier League following the arrest of three cricketers including pacer S Sreesanth.

"The ICC offers its full support to the BCCI's in its efforts to quickly complete the enquiry against the accused players," ICC Chief Executive David Richardson said in a statement. 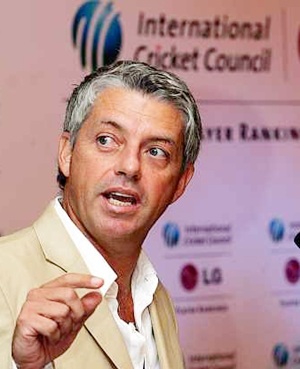 "The ICC also notes and welcomes the additional steps taken by the BCCI for the deployment of an anti-corruption official to accompany the teams and the accrediting of all player agents," Richardson added.

And Richardson further added, "The BCCI has requested the ICC to provide recommendations for the further strengthening of its anti-corruption protocols for the IPL. We will be submitting our proposals as soon as possible."

Addressing a press conference after an emergent meeting of the Board's Working Committee, BCCI President N Srinivasan promised to take strongest possible action against the players if they are found guilty.