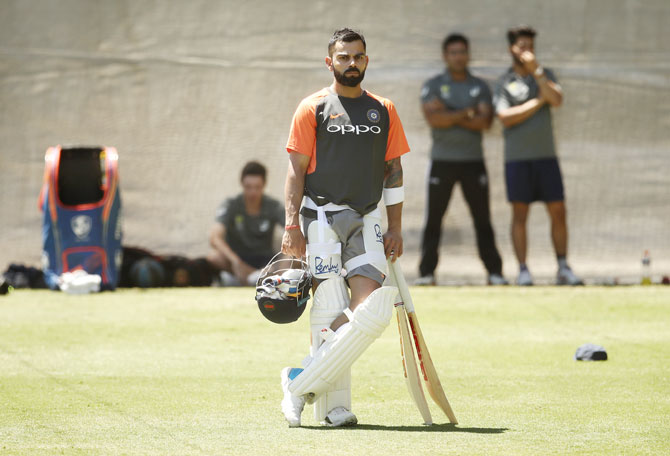 Captain Virat Kohli had scored a century in a losing cause in the first Test against Australia in Adelaide on the last tour Down Under in 2014.

Following is a fact file on the first Test match between Australia and India in Adelaide and how the teams have performed at the Adelaide Oval over the years: