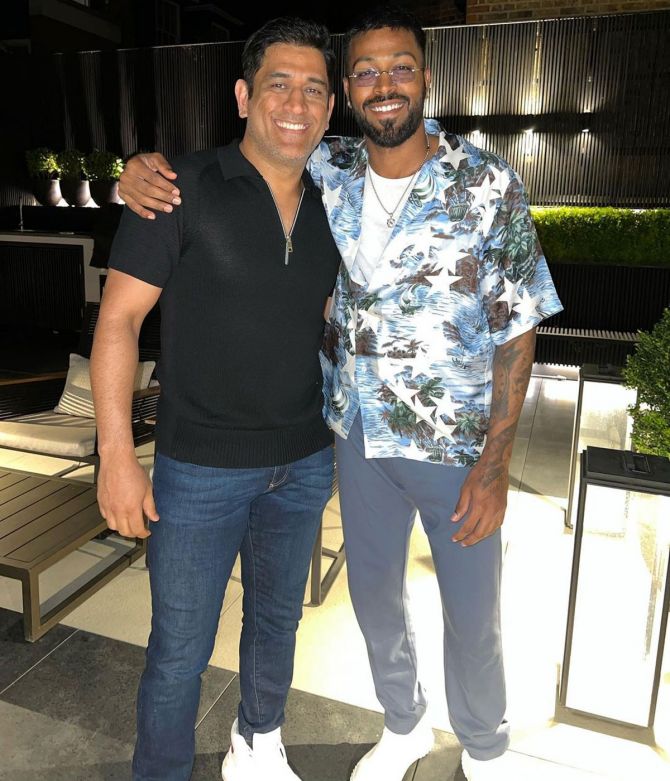 It is likely that MSD and HP caught up in Florida where Hardik captained India in the final T20 International against the West Indies on Sunday.

The all-rounder has revealed in the past that Dhoni is someone he turns to in times of adversity, turmoil and even to understand his own mind.

'MS was someone who understood me from the start: How I function, what kind of a person I am, what are the things I don't like, everything,' Hardik has said.

Hardik recalled how Dhoni reached out to him on his return to the side during the tour of New Zealand in 2019 after a suspension for sexist remarks on Koffee With Karan.

'He (Dhoni) was the first person who has been always there. He knows what kind of an individual I am. He knows me quite deep. I am very close to him. He is the only person who can make me calm,' Hardik, who flew to Ranchi in the middle of the first Covid lockdown to wish Dhoni on his birthday in July 2020, said.

'When all this (the Koffee With Karan controversy) happened, he knew that I needed support. I just needed a shoulder, which he provided multiple times in my cricketing career,' Hardik revealed.

'I never saw him as MS Dhoni the greatest. For me, Mahi is my brother.'