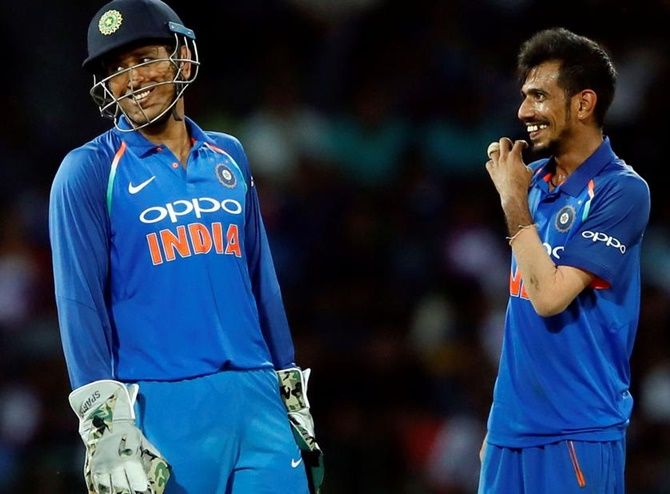 Indian spinner Yuzvendra Chahal, on Sunday, shared a throwback picture with 'legend' Mahendra Singh Dhoni saying that he misses 'being called tilli from behind the stumps'.

The former Indian skipper has not played in international cricket since India's semi-final exit from the World Cup 2019 and his absence is not only felt by his fans but also by his teammates.

The coronavirus pandemic has taken a huge toll on sports across the globe as all the sporting events have either been cancelled or postponed.

The COVID-19 crisis in the country also put an indefinite halt to the Indian Premier League (IPL) in which Dhoni was to slated to make his return to the field. The former captain has not played any international match after India's exit from the 2019 World Cup.