Australia are undefeated at the Gabba since 1988. India are yet to win a Test at the venue, having lost five games, while one finished in a draw. 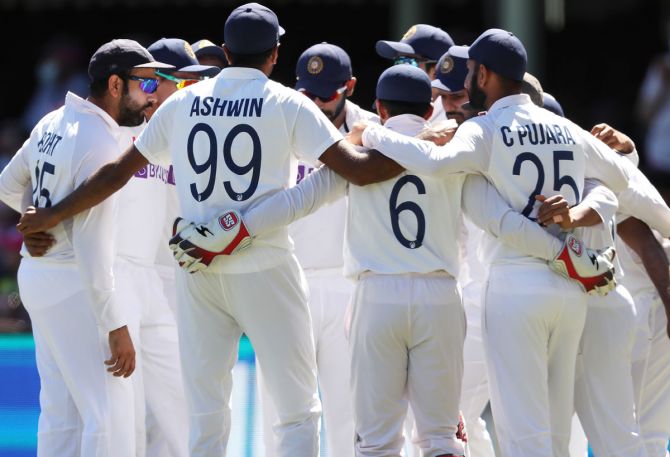 IMAGE: Ajinkya Rahane's India have a mountain to climb, even if a draw would be enough to retain the Border-Gavaskar Trophy two years after their breakthrough 2-1 win in the 2018/19 series in Australia. Photograph: Mark Kolbe/Getty Images

A punishing Test series that has exacted a heavy toll on both sides draws to a fitting climax in Brisbane where a humbled Australia will aim to crush an ailing Indian side at their Gabba fortress.

Australia had their confidence rocked in the third Test as India's batsmen held on for a gallant draw in Sydney but Tim Paine's team hold the upper hand for the decisive clash of a series that has become survival of the fittest.

With regular captain Virat Kohli on paternity leave, India have defied a mounting injury toll to keep the series alive but now have few bullets left to fire.

All-rounder Ravindra Jadeja has been scratched and pace spearhead Jasprit Bumrah is also expected to be ruled out after an abdominal strain in Sydney, meaning India's attack could be in the hands of three rookie pacemen when the match starts on Friday.

And the Gabba is no place for the walking wounded, with Australia undefeated at the stadium since 1988. 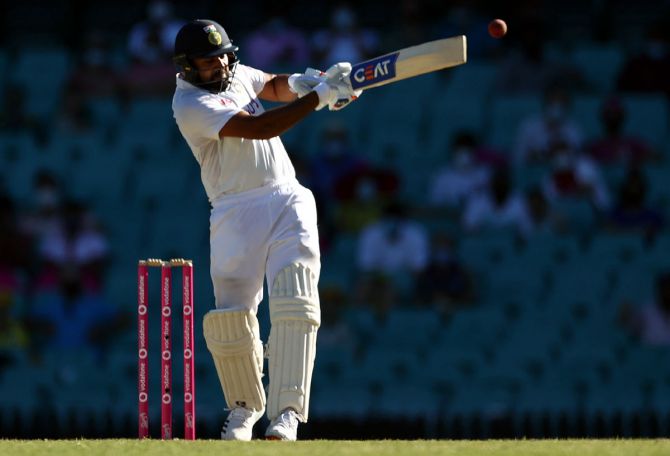 In short, Ajinkya Rahane's India have a mountain to climb, even if a draw would be enough to retain the Border-Gavaskar Trophy two years after their breakthrough 2-1 win in the 2018/19 series in Australia.

The home side have had their own injury challenges, with Marcus Harris replacing Will Pucovski after the rookie opener was ruled out with a shoulder injury.

Opener David Warner was clearly hampered by his groin strain as he laboured for runs in Sydney but the veteran left-hander has been cleared to play.

Australia's problems are more on the mental side, with India's obstinacy having got the better of their captain and bowlers on the final day in Sydney.

Paine was moved to apologise this week after he lost his cool, was abusive to Ravichandran Ashwin and dropped three catches behind the stumps, any one of which might have unlocked the game for Australia.

It was arguably the wicketkeeper-captain's worst day in the office since taking over the team in the wake of the Newlands ball-tampering scandal in 2018. 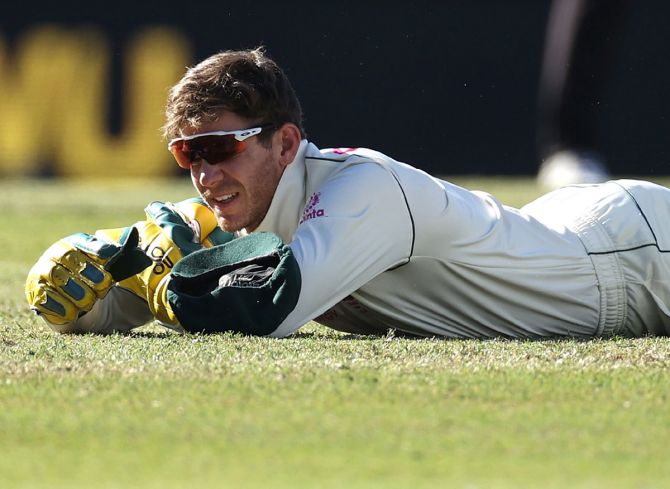 Damning reviews tend to follow Australia's home series defeats and a reverse at the Gabba could prove terminal for Paine's leadership a year out from England's Ashes tour.

He will lean heavily on his attack to deliver on a pitch that tends to reward express pace, and will hope Nathan Lyon can also get among the wickets as the 33-year-old off-spinner savours his 100th Test after lean pickings in the series.

The COVID-19 pandemic has seen both teams confined to their hotel rooms in Brisbane before and after training excursions, a vexing end to a long and arduous tour in the "bubble".

A chastised Paine said Australia would leave the frustrations behind them upon taking the field at the Gabba and their only focus would be to administer the coup de grace.

"We've spoken a lot ... about controlling what we can control and focusing more inwardly on ourselves. Because if we do that then we’ll be in a good position."