'It is unfair to look at one decision, one ball out of 600-plus on the day and say that was the reason one team won and one team lost.' IMAGE: Ben Stokes apologises after Martin Guptill's throw from deep mid-wicket ricocheted off his bat and flew to the boundary for a total of six overthrows during the 2019 ICC World Cup final at Lord's on July 14. Photograph: Andrew Boyers/Reuters

The author's lounge at the NCPA in south Mumbai is abuzz with chatter. The NCPA is the venue for the TATA Literature Live! The Mumbai Litfest. A few authors are giving interviews while others are chatting away before their next session is due.

In the far-right corner of the room is Simon Taufel, simply dressed in a collared T-shirt and a pair of jeans, doing a photo-op. A video interview has just concluded; now they want him to smile and pose with placards. He obliges. This goes on for a good two-three minutes, while humouring those around.

The session concludes, to his relief and those of the PR. Standing a few feet away, he looks at me, and mimes wiping sweat from his brow. Taufel has had a long day. Asked if he needs a break, he answers in the negative, ready to take on another round of questions.

Subjects ranging from technology in cricket, to his toughest assignments, to women officials, and even the 2019 ICC World Cup final faux pas, Taufel patiently replies to everything thrown at him. He even recites numbers one to six in Hindi, leaving one gob-smacked!

Taufel has quite the impressive CV and made umpiring look cool. Before this soft-spoken Aussie came along, the officiating whites were mostly worn by older men -- Dickie Bird, David Shepherd, Darrell Hair, Daryl Harper, Steve Bucknor.

One would have brushed off the likelihood of a man in his late 20s standing in and officiating matches for the seriousness of it. His international umpiring career took off in January 1999 and lasted till October 2012.

After umpiring in 74 Tests, 174 ODIs and 34 T20Is, looking back, the 47 year old reveals the inception of his massively successful career was all but a sheer stroke of fate.

"It is nice to be back in India, connecting back with the cricketing public, and enjoy your passion for the game," the affable Aussie tells Norma Godinho/Rediff.com. 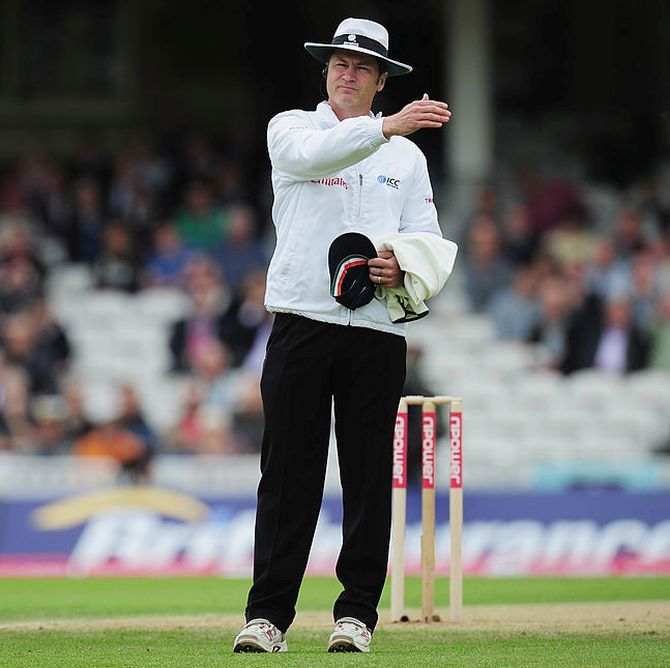 IMAGE: Simon Taufel stood in his first Test at 29. He went on to umpire 74 Tests, 174 ODIs and 34 T20Is. Photograph: Shaun Botterill/Getty Images

How and when did your umpiring career take off? What drove you to stop playing and take up umpiring?

I played senior cricket on Saturday afternoon and I'd either umpire or play indoor cricket on a Tuesday and a Thursday night. So, cricket was part of my growing up in secondary school.

We went to school across the road from the North Sydney Oval, which was the home ground for the North Sydney Bears. Trevor Chappell was our club coach for North Sydney and I went as far as captaining the first XI for my high school team, the college team that I played for.

I remember finishing playing my grade cricket as an 18 year old with the Mosman Cricket Club where Gary Sobers was our coach. So that was really a big thrill.

When I couldn't play anymore because of a back injury, I was just lucky to get introduced to umpiring through a friend who was doing a course and he dragged me along.

He failed the umpiring course and I passed! So, I thought I'd give it a go. Here we are and I'm the accidental umpire!

I started my career in 1991-1992 and I am still umpiring in my local association, the Highlands District Cricket Association. I did a game at the Bradman Oval two weeks ago, by myself doing both ends! It's hard work! There are parts of it I enjoy, but I think it's time someone else to have a go.

You were ICC Umpire of the Year 5 times. Did you always aspire to be No 1?

That is one of my main messages in my book. It's not about the outcome, it's about the process. It's about building foundation skills of resilience, preparation.

If you get all those processes right and you get your decisions right, because decisions are a product of all that hard work.

My message to readers, to young people and to all people, is to focus on the process. Because when you don't achieve a good game or you don't have a good project, what you do is you go back to the process and say 'Where did we go wrong'. 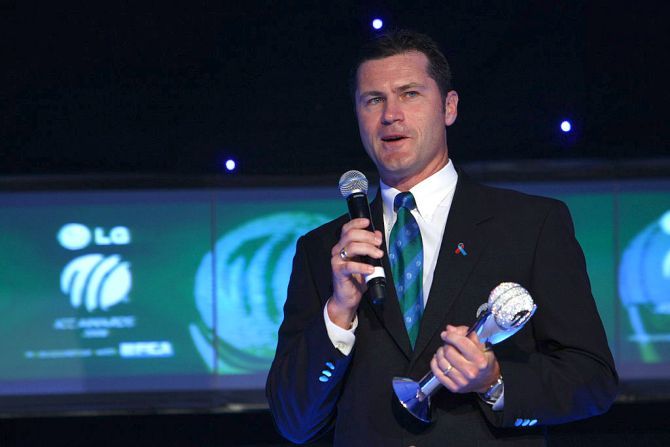 Personally, what did you do to become better at your job?

I worked very hard, every day.

Even if I wasn't umpiring, I'd do some revision of laws, I'd so some study of playing conditions, I'd work on my fitness, I'd work on my diet. I'd also then work on some umpiring skills or I'd work on my eye skills. I would do 30 minutes of eye gym every day, strengthening my eye muscles. Just work on my personal skills.

And I had lots of coaches. I had lots of people that helped me. What is really important for people to understand is you never achieve success on your own.

So, I was very lucky to have a lot of good people around me, both from an umpiring perspective and also my family.

What in your opinion are the qualities of a good umpire?

Firstly. I'd ask you to be yourself.

Being genuine, being authentic, being just who you are. Not trying to be someone else is really important.

Stay true to yourself and act according to your values and beliefs in who you are.

To be a good umpire, you have to be a good person. Authenticity, being genuine and honest is number 1.

So courage is really important.

From an umpiring perspective, consistency is really important. People want you to deliver consistent, high, performance all the time, and so we get back to those elements of character, courage, consistency. 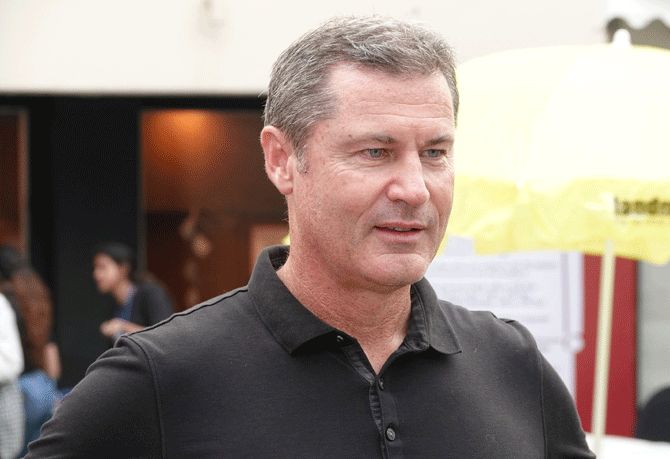 After the 2019 ICC World Cup final it was you who pointed the blunder made by Umpires Murray Erasmus and Kumar Dharamasena which saw England edge past New Zealand on boundary count to win the title after a tied Super Over. (England should have been awarded five runs -- instead of six -- when a throw from Martin Guptill from deep midwicket struck Ben Stokes's bat and deflected behind the wickets for a boundary.)
How much blame can we rest on the duo for that mistake?

What a great game of cricket that was, two ties on one day.

I think it is unfair to look at one decision, one ball out of 600-plus on the day and say that was the reason one team won and one team lost.

If we single out one incident and say that was the defining moment, that is not right.

Now, what we should be doing is celebrate how magnificent New Zealand were in defeat,

What a great game of cricket that was. Every ball is important and the umpires make lots of decisions on every ball -- back foot, front foot, waist-high full toss, where did it hit, where was it going, how many runs were scored, etc, etc.

So, I think hopefully, people connect with how difficult umpiring is and how much we need to know and that we make so many decisions off every ball.

There is so much technology in the game today. Do you think technology makes umpires less relevant? Does it make them feel powerless?

I don't think the umpires feel powerless because they are still required to make a decision when there is an appeal.

There are some decisions where they don't, such as the referrals. If there is a close run-out or a stumping, they'll refer that to the third umpire. But with the DRS and the soft-signal system, I think it is really good that the umpires still have to make decisions because that's their job.

And I'd like to see that continue -- umpires encouraged to make decisions, that they don't send everything upstairs to the third umpire because that's why we do what we do.

We work many, many, years through the pathway, making lots of decisions, learning and honing our craft.

And it is that, it is a craft, it is not a science. It is the art of cricket, the craft of cricket.

We need to be careful not to turn our game into a science.

So where do we draw a line? How do we maintain that balance between technology and human in cricket?

That is the beauty. We have to deliver what the game expects.

What I would like to see is that the game is continued to be played by humans, officiated by humans and enjoyed by humans.