Mukesh Ambani remains the country's wealthiest promoter as his stake in Reliance is now worth Rs 3.25 trillion!
Krishna Kant reports. 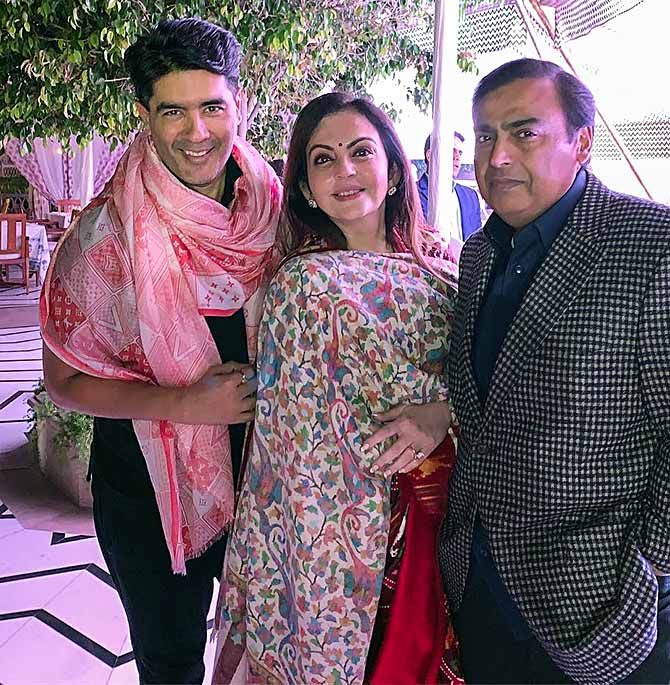 Year 2018 has not been great for promoters of India Inc because their combined wealth declined 6% after two years of double-digit growth in net worth.

A poor showing at the macro level, however, doesn't mean that it was a bad year for everyone as some of Indias richest promoters saw a sharp rise in their net worth in 2018.

Radhakishan Damani of Avenue Supermarts (DMart) topped the charts with 33.3% year-to-date growth in his net worth, gaining Rs 200 billion.

The BSE Sensex too has done better than promoters of India's top 500 companies together as it gained 5% during 2018 so far.

Analysts attribute the decline in promoters' net worth to the underperformance of mid and small-cap stocks.

"Only 15 large-cap stocks account for the bulk of the rally in 2018 year so far while the remaining stocks have cumulatively have lost around Rs 15 trillion in market capitalisation," says G Chokkalingam, founder and MD, Equinomics Research & Advisory Services.

As promoters own 46% of listed companies (excluding multinationals and government-owned companies), this has shaved off part of their net worth.

In all only a fifth of the promoters witnessed a rise in their net worth while the rest saw erosion due to a poor showing in the broader market.

In all, only 56 of a total of 258 promoters saw a rise in the value of their stakes this calendar year.

The analysis is based on the market capitalisation and shareholding pattern of companies that are part of the BSE 500 index as of December 14, 2018.

The analysis excludes government-owned companies, Indian subsidiaries of multinationals, and business groups owned by trusts such as the Tata group and listed subsidiaries of listed holding and operating companies.

The promoters' stake has also been adjusted for cross-holdings of various firms in diversified business groups such as Aditya Birla, Bajaj, Anil Ambani Group, and Mahindra.

The net worth calculation is based on promoters' stake (excluding the stakes of foreign JV partners) and in most cases accrue to the entire family rather than a person.

DMart's Damani leads the winners' chart among the top promoters, with his wealth rising 33%. He is followed by the Burmans of Dabur, the value of whose familys stake in the company is up 26.9% to Rs 530 billion, and Uday Kotak of Kotak Mahindra, whose family stake in the banks is 24.4% and is now worth Rs 719 billion.

In rupee terms, Mukesh Ambani of Reliance Industries remains the country's wealthiest promoter as his stake in the group flagship is now worth Rs 3.25 trillion (around $46 billion at the current exchange rate), up 20.7% during the year so far.

He is followed by Azim Premji of Wipro who is worth Rs 1.12 trillion, up 6.3% year to date, followed by the family of Gautam Adani, whose family stake in the group's listed companies is now worth Rs 808 billion, down 5%.

On the other hand, Sunil Bharti Mittal of Bharti Airtel is the biggest loser as the value of his stake is down 40% to Rs 390 billion against Rs 650 billion at the end of 2017.

He is followed by Anil Agarwal of Vedanta, whose family stake in group companies is down 35.4% during the year so far.

Other big losers include Dilip Shanghvi of Sun Pharma (down around 30%) and Siddhartha Lal of Eicher Motors (down 23.7%).