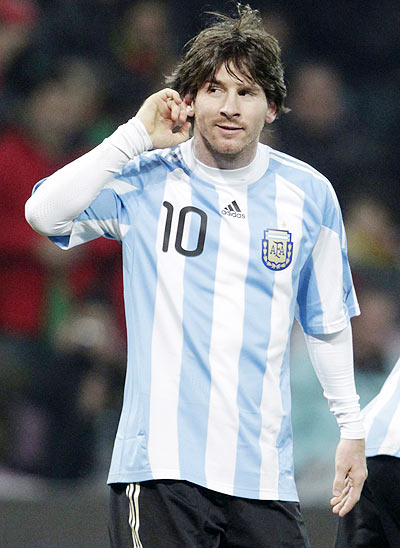 Barcelona's serial hat-trick scorer Lionel Messi will be looking to take up where he last left off as Argentina captain when he leads his country against Ecuador in a 2014 World Cup qualifier on Saturday.

Messi scored his first and only hat-trick for Argentina in a 3-1 friendly win away to Switzerland in February so pasting over cracks in coach Alejandro Sabella's defence.

Right back Pablo Zabaleta pointed to the imbalance of an Argentina side with a world class group of forwards but a rearguard short of choice in full backs and quality in central defenders.

"Up front we have great power, the strongest point in this national team and let's hope they get chances and put them away," he said.

'Let's hope it isn't as tough this time' 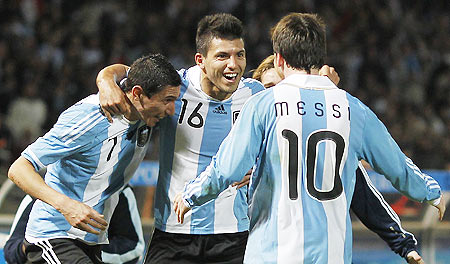 Argentina meet Ecuador at the River Plate stadium as co-leaders of the South American group with Uruguay and Venezuela, who meet at the Centenario in Montevideo.

After four matches, the trio have seven points although Copa America holders Uruguay have a game in hand.

Uruguay, ranked third by FIFA, will not take Venezuela lightly having paid a price when they were beaten 3-0 at home in 2004 by the region's one-time whipping boys.

Much-improved Venezuela were Copa America semi-finalists for the first time last year when Uruguay won the trophy in Argentina.

Uruguay, too, are much improved from the days when they had to play off against a team from another continent before booking World Cup tickets in 2002 and 2010.

"Let's hope it isn't as tough this time. We're on the right track. In any case all the teams are very even... We hope not to end up like the last times, suffering and doing sums," striker Luis Suarez told reporters.

The top four teams in the three-year, 16-match qualifying campaign go through to the 2014 finals in Brazil with the fifth-placed team playing off against an Asian nation. Brazil are exempt from qualifying as hosts.

Colombia, with four points from three matches and looking to qualify for the first time since 1998, are away to Peru in Lima with Argentine Jose Pekerman making his debut as their coach.