PHOTOS: The biggest upsets at Wimbledon 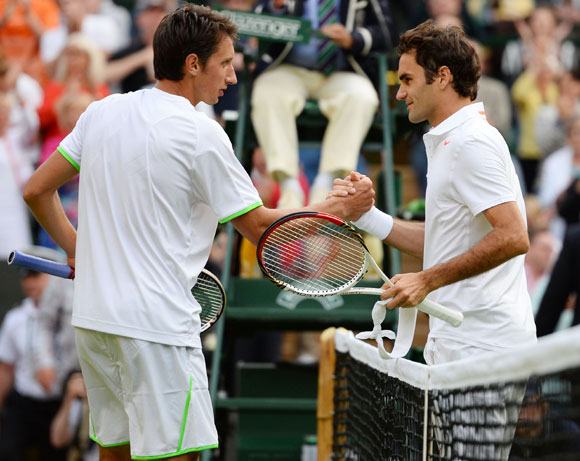 Image: Sergiy Stakhovsky of Ukraine shakes hands at the net with Roger Federer of Switzerland after their match
Photographs: Mike Hewitt/Getty Images

Roger Federer and 'his ego' took an unbelievable battering at the hands of little-known Ukrainian Sergiy Stakhovsky. The Swiss champion and holder of a record 17 Grand Slam titles was sent spinning out of Wimbledon on a day dubbed as 'Whacky Wednesday'.

That 'legend' had enjoyed a remarkable run of reaching 36 consecutive Grand Slam quarter-finals or better dating back to 2004, won seven titles at the spiritual home of lawn tennis and had not lost to a rival ranked outside the top 100 for over eight years.

It took a serve-and-volley-loving man who had never beaten a top 15 player in his 27-year-old life to shatter the glass ceiling.

As Stakhovsky celebrates his victory over Federer, here's a look at a few other matches that shook Wimbledon. 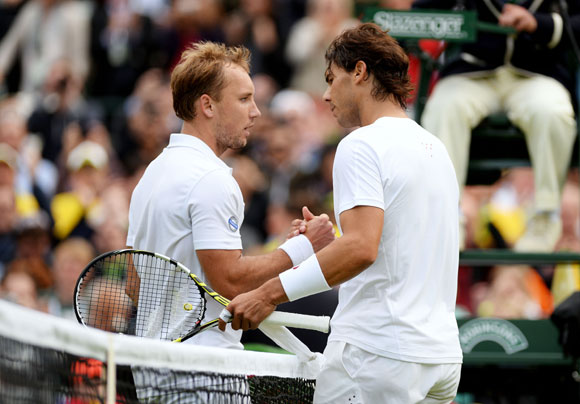 Image: Steve Darcis of Belgium shakes hands at the net with Rafael Nadal of Spain after their first round match
Photographs: Mike Hewitt/Getty Images

Wimbledon had witnessed some seismic shocks down the years, but few could top twice champion Rafa Nadal's elimination at the hands of Steve Darcis, a Belgian ranked 135th in the world, in the first round on Monday.

Darcis, however, was forced to withdraw from his second round match. 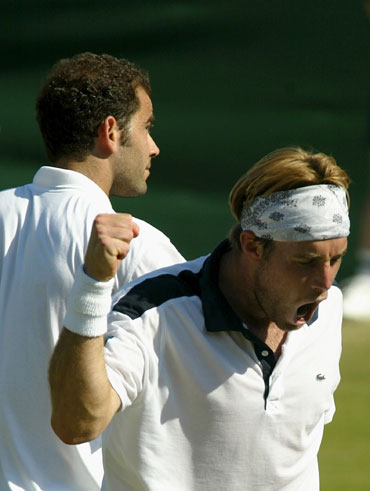 Image: George Bastl of Switzerland celebrates after his victory over Pete Sampras of the USA in 2002
Photographs: Al Bello/Getty Images

Sampras, with seven Wimbledon trophies in his possession, endured one of the worst defeats of his career, losing 6-3, 6-2, 4-6, 3-6, 6-4 in the second round to a player ranked 145th in the world and who was a lucky loser from qualifying. 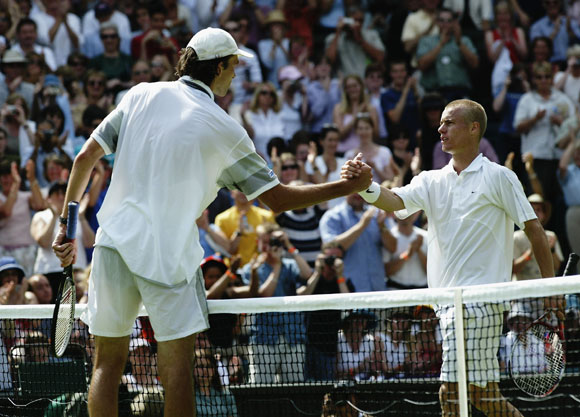 Hewitt, the defending champion, won the first set 6-1 before unheralded Karlovic, ranked 202, wheeled out the big guns and battered the Australian into submission with a devastating display of serving. 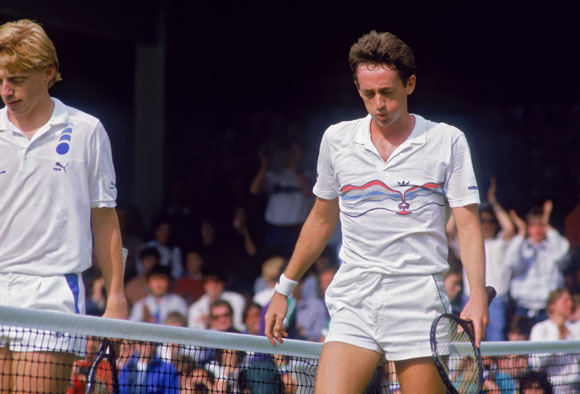 Becker, the top seed and twice defending champion, seemed invincible on the Wimbledon grass but ran into 70th-ranked Doohan in the second round. 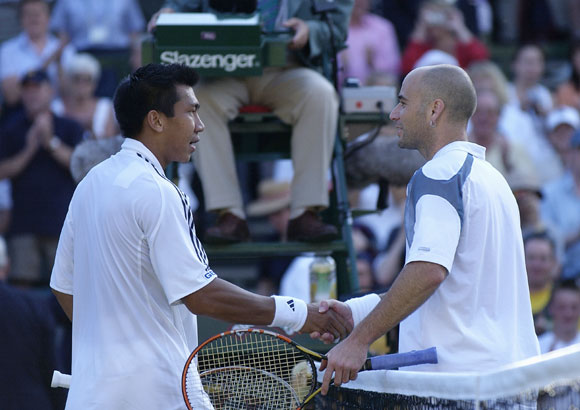 A 32-year-old Agassi, seeded three after a stunning career revival, joined old rival Sampras on the scrap heap after being dismantled by Thailand's Srichaphan 6-4, 7-6, 6-2.

The second round match was all over in one hour 47 minutes. 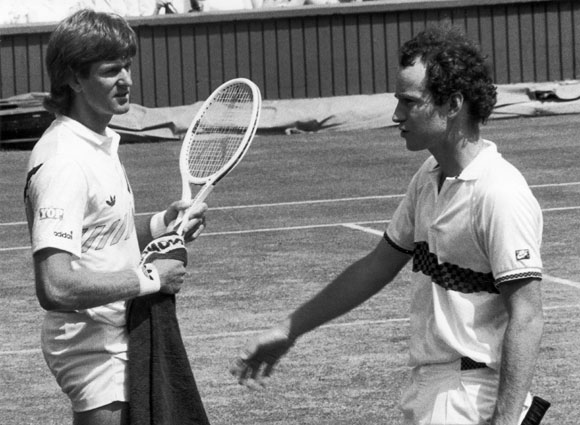 Defending champion McEnroe had compiled an 82-3 record the previous year and was still the "Guvnor" at Wimbledon, reaching the previous five finals.

McEnroe was never quite the same again, failing to win another grand slam. 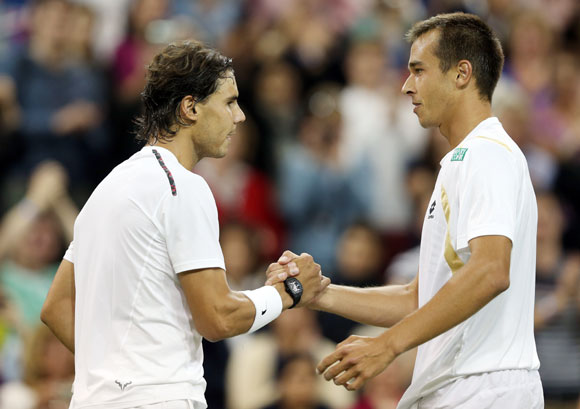 Rafa Nadal suffered a similar fate last year when he arrived as French Open champion but fell to hard-hitting Lukas Rosol, a Czech ranked 100th in the world, in the second round.