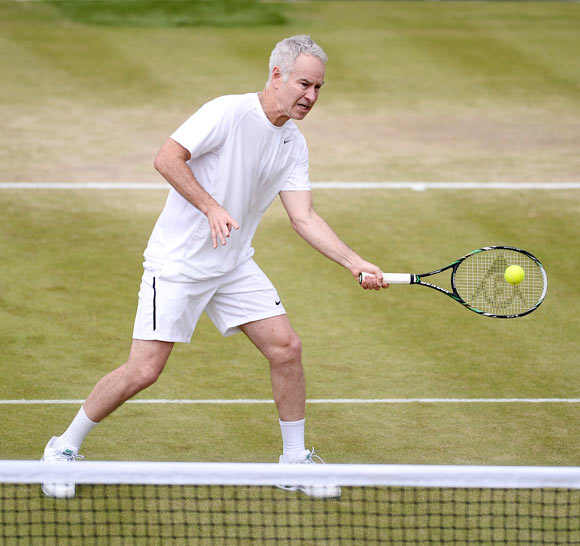 John McEnroe was once the "bad boy" of Wimbledon, berating linesmen and umpires alike and famously screaming "You cannot be serious".

The 54-year-old silver fox had a new role on Thursday as comedy fall guy to Iranian Mansour Bahrami in the gentlemen's senior invitation doubles on a packed outside court.

The crowd whooped and cheered and the score - John and his brother Patrick beat Mansour and Frenchman Henri Leconte 6-1, 6-4 - was irrelevant. 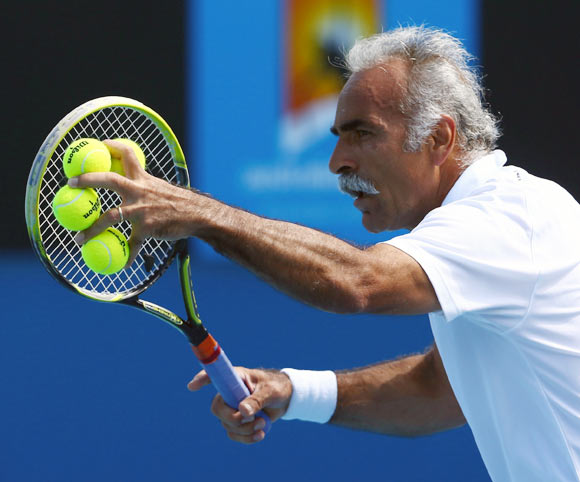 Even with a few creaking limbs, the quartet demonstrated all their silky skills of old and the fans lapped it up.

Bahrami, who delights in playing to the gallery, even shouted out "You cannot be serious" in mocking tones to McEnroe.

The Iranian earned by far the biggest cheer of the day when he rushed to the back of the court, played a glorious trick shot between his legs and left the McEnroe brothers flummoxed and flat-footed at the net. 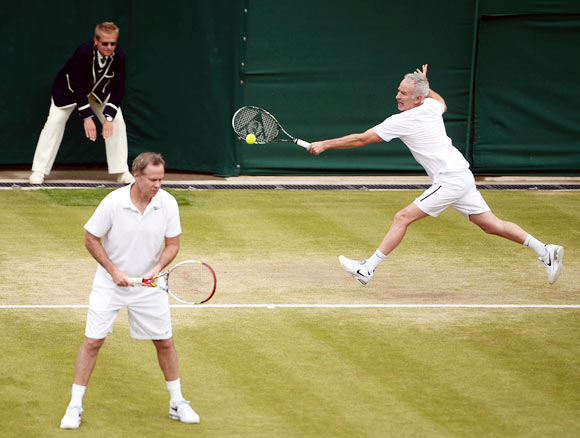 John McEnroe's elegant serve is unchanged. He still can fire them down at over 100 miles an hour and for the Grand Slam winner turned television commentator, the competitive fires are clearly still burning.

But he too knows how to play to the gallery.

After hitting one particularly wayward double fault that landed beyond the tramlines, he jokingly shouted out "Are you sure?" to the umpire.

Another McEnroe double fault provoked a yell of delight from Bahrami who taunted him, shouting "Yes, come on."

Wimbledon crowds have got to see McEnroe having a great time 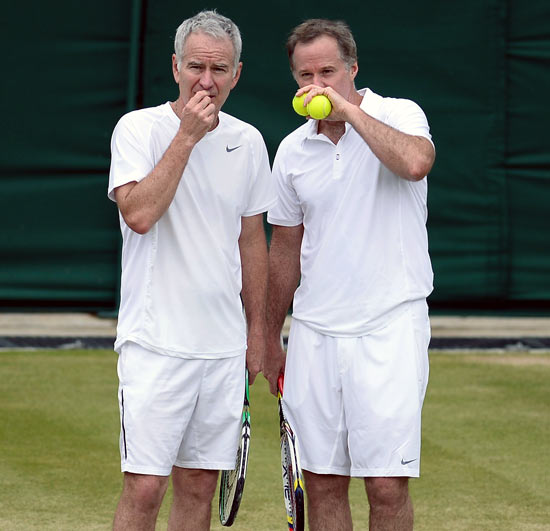 In the first two rounds, Wimbledon crowds have got to see McEnroe having a great time. None of the sulking, none of the sound and fury, just tennis as pure fun. Temper tantrums were just a memory.

In the first round on Wednesday, the brothers beat the Australians Peter McNamara and Paul McNamee in a match that had more Macs than a fast food restaurant.

When someone shouted out "C'mon Mac," John McEnroe was quick to shout back "Which one?"

On Thursday, he wisely took a back seat in the comedy duel with Bahrami, a master at bringing the house down with his clowning antics.

Readying to receive McEnroe's serve, he even adopted a lumbering King Kong pose to try to put his opponent off.

The American's love/hate relationship with the crowd is now all adoration. The fans roared their approval and gave him a big cheer at the end when the former "Mr Grouch" applauded them back.