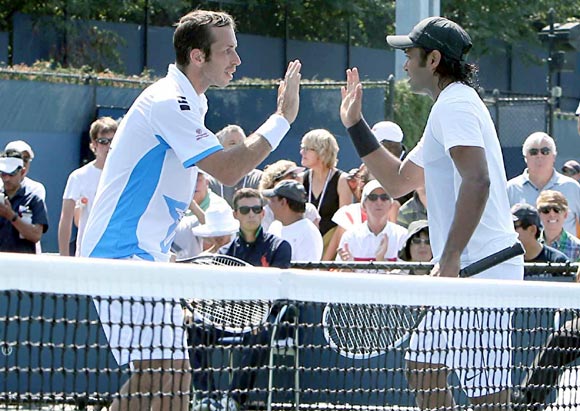 Leander Paes and his Czech partner Radek Stepanek entered the third round of the US Open men's doubles event after getting the better of Brazilians Joao Souza and Thomaz Bellucci.

The fifth-seeded Indo-Czech duo took an hour and 45 minutes to register a 7-5, 7-6 (7-3) victory over their unseeded opponents. 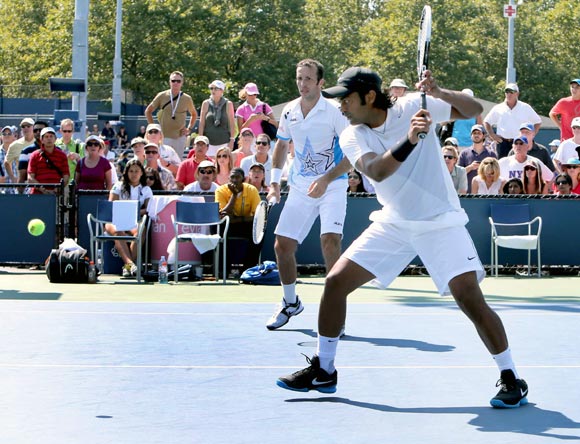 Even as the Brazilian pair failed to convert the lone breakpoint they earned in the first set, Paes and Stepanek converted one of the two breakpoints they managed to seal the set.

However, Paes-Stepanek, who had won the Australian Open title earlier this year, wasted as many as five of the six breakpoints in the second set which went into the tie-breaker.

In the tie-breaker though, they held their nerves to walk away with the set as well as the match.

They next play Jesse Levine of the US and Australia's Marinko Matosevic, who had upset Wimbledon champions Jonathan Marray and Frederik Nielsen 6-1, 6-7(6), 6-4.