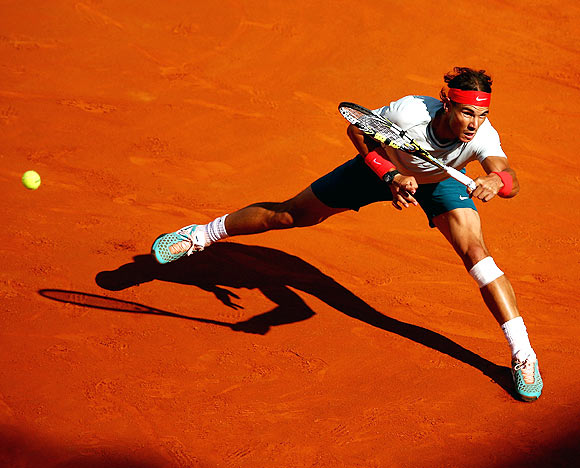 Watching Rafael Nadal churn his way through the claycourt season over the past few weeks, it seems nothing much has changed since his French Open triumph a year ago despite a lengthy injury layoff.

Titles in Barcelona, Madrid and Rome, where he dropped only three sets in the process, mean the 26-year-old is overwhelming favourite to lift the trophy for an eighth time at Roland Garros when play gets underway in Paris on Sunday.

Only world number one Novak Djokovic, who interrupted Nadal's claycourt sweep by beating him in Monte Carlo, looks capable of preventing the Spaniard sinking his teeth into the Coupe des Mousquetaires again, but the Serbian's confidence has taken a knock with early defeats in Madrid and Rome.

Roger Federer can be relied upon to add his elegant brush strokes on the Parisian dust and Nadal's compatriot David Ferrer will strain every last sinew to reach the latter stages while young guns such as Bulgaria's Grigor Dimitrov and Poland's Jerzy Janowicz will be expected to make an impression.

'He is winning so many matches and he is improving' 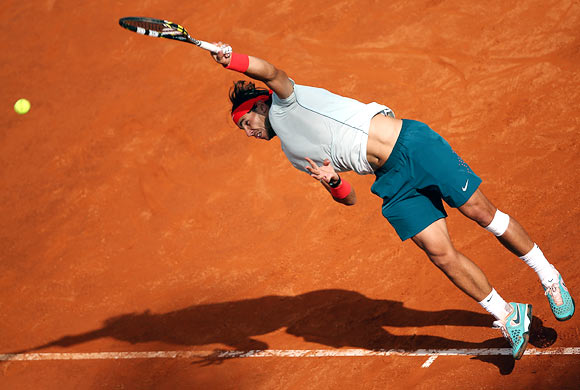 All eyes though will be on the force of nature that is Nadal as he returns to a venue that is as familiar to him as his own backyard and where he rightly appears invincible.

Yet, just a few weeks ago in Vina del Mar, next to the Pacific Ocean in Chile, Nadal's long-awaited comeback from a knee injury that sidelined him for more than six months ended in a final defeat by lowly-ranked Argentine Horacio Zeballos.

With his knee still hurting him and his shots lacking their usual bite, some wondered whether Nadal was damaged goods, whether the aura he enjoyed on the red dust would ever return.

How ridiculous that notion now sounds.

Federer, who was given a claycourt lesson by Nadal in the Rome Masters final last Sunday, is not surprised at the Spaniard's level since returning to competitive action.

"He's not going to come back 20 percent fit, he's only coming back when he's 100 percent healthy," Federer said.

"I am happy for him. He is super consistent and he is winning so many matches and he is improving."

'Nobody stays here forever and nobody wins forever' 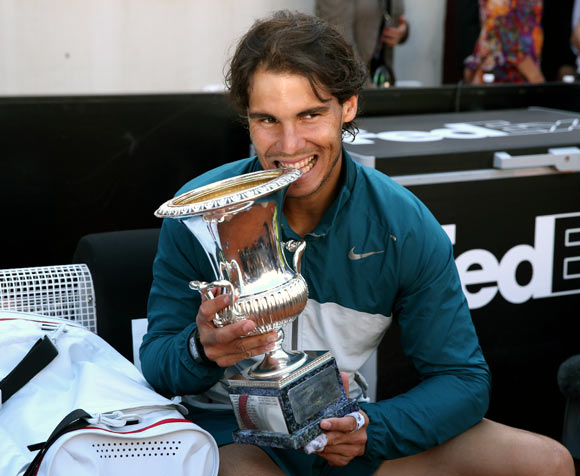 With only one defeat at Roland Garros to blot his copybook it would be only human if Nadal allowed himself the luxury of coasting through his early rounds.

Complacency does not appear to be in Nadal's dictionary, however, with the Spaniard relentless in his pursuit of claycourt perfection and records.

"When I go on court I am always thinking that what is happening to me in the past eight or nine years is not forever, nobody stays here forever and nobody wins forever," said Nadal, who was struck down by tendinitis in his left knee shortly after his march to the title last year.

"I don't know when this will finish and so I try to take care in every moment to make sure that this happens as late as possible. I respect everyone and this is why I have a lot of success every year and win a lot of matches on this surface.

"Some days I don't play my best and I have to fight and run and be humble."

'I believe I can go all the way' 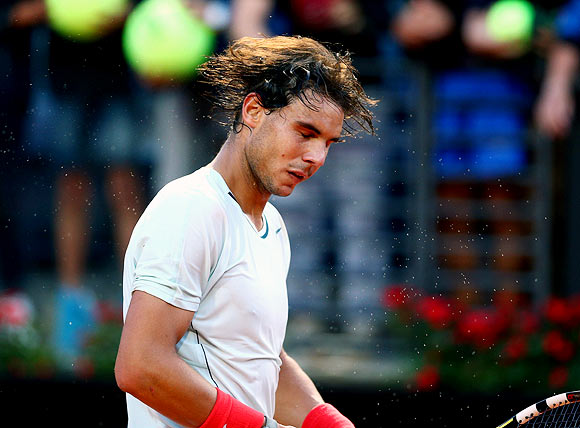 Australian Open champion Djokovic has enjoyed a few more rest days than he might have expected in the run-up to the French Open, after chastening defeats by Dimitrov and Czech Tomas Berdych in Madrid and Rome.

Last year's runner-up will arrive in typically confident mood, however, as he chases the only Grand Slam not on his CV.

"I believe I can go all the way," he said in Rome. "It's a long two weeks and I don't want to make predictions. I need to get ready and hopefully I'll make it."

Providing Nadal and Djokovic are placed in opposite halves of the draw, a repeat of last year's final looks the most likely scenario yet there will be dangerous obstacles along the way.

With world number two Andy Murray and Juan Martin del Potro both ruled out with injury, Berdych looks the best of the rest, especially if the usual damp conditions afflict the French capital as they did last year when the courts played heavy and slow.

Destructive off the serve, punishing on the forehand and moving better than ever, Berdych has shown growing belief that he can muscle his way into the world's top four.

"He has been up there for a few years and is in the mix to win a Grand-Slam title, he is able to play big matches and has proved this in the past," Djokovic said of Berdych after losing to him for only the second time in his career in Rome.