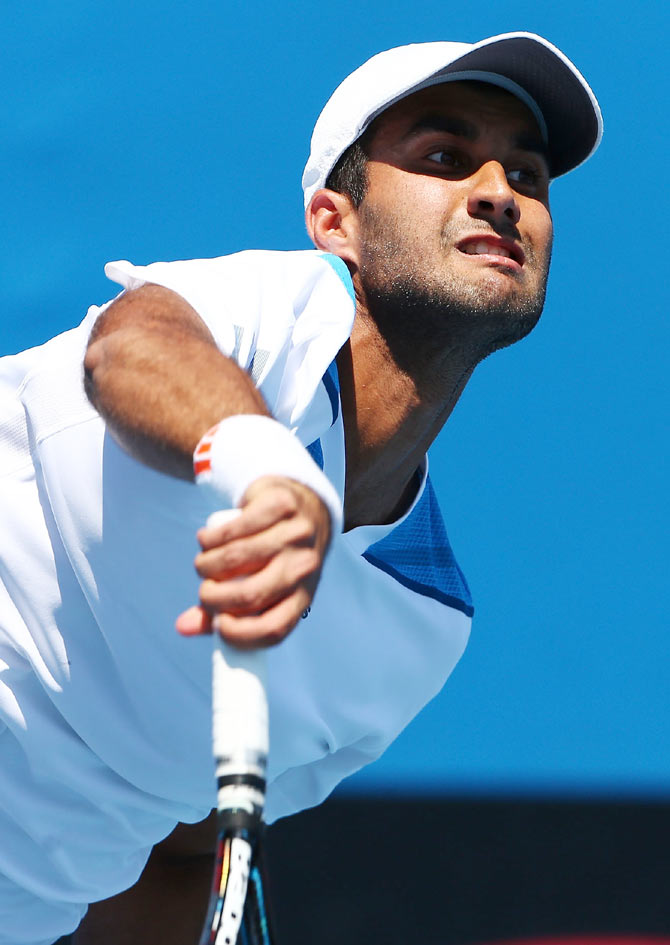 There will be no Indian in the singles event of the U.S. Open this year with all three players losing their qualifying matches, following second round defeats of Yuki Bhambri and Sanam Singh.

Earlier, India’s top singles player, Somdev Devvarman had crashed out in the first round of the qualifiers.

Bhambri converted only three of the 13 break chances while his opponent broke the Indian five times out of 13 chances and fired nine winners.

In the other match, Sanam had a one-set advantage before eventually losing 7-5, 6-7(3), 3-6 to Anderas Beck of Germany in a match that went on just over two hours.

- NEXT: What is USA World Cup hero Howard up to these days?

What is USA World Cup hero Howard up to these days? 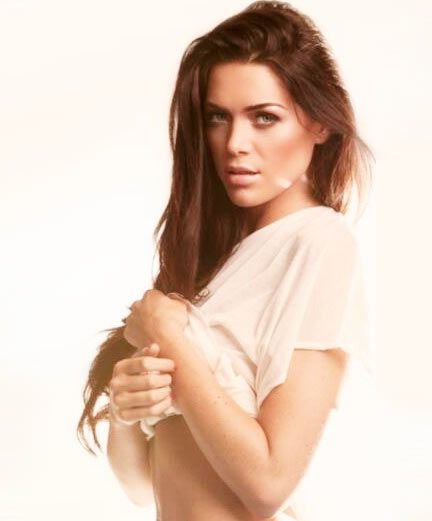 US national team goalkeeper Tim Howard says he will take a year off from international duty in order to spend more time with his family. 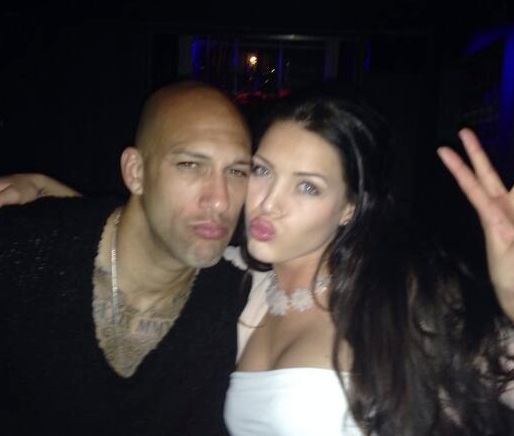 Howard, who will continue to play in England's Premier League with Everton, has been capped 104 times by the US and was the starting goalkeeper in the last two World Cups.

In a statement distributed by the US Soccer Federation on Thursday, Howard, 35, said he had told US coach Juergen Klinsmann that he would not be available for national team selection until September 2015, meaning he would miss next year's CONCACAF Gold Cup.

- NEXT: ‘It's the right decision at the right time’ 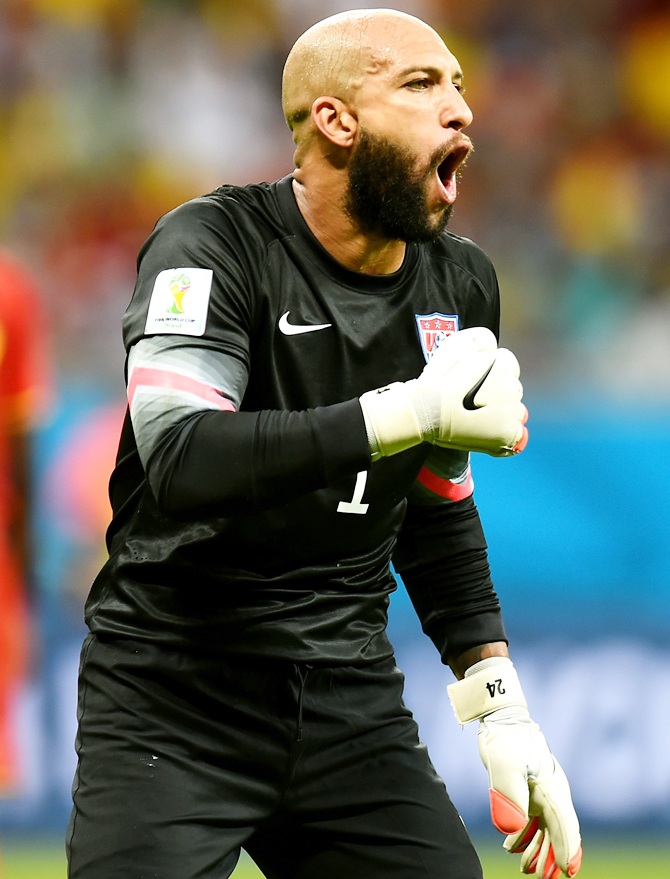 "Having played overseas for the last 12 years and missing out on spending time with my family, making this commitment to my family is very important at this time," said Howard.

"It's the right decision at the right time. Jurgen has always been up front with all the players in saying you have to earn your place, which is something I agree with, so I look forward to coming back next fall and competing for a spot."

Howard's absence will open the way for Aston Villa keeper Brad Guzan to become first choice keeper while Real Salt Lake's Nick Rimando, who was the third keeper at the World Cup in Brazil, could also get chances to start.

Klinsmann said that after a "productive conversation" he understood Howard's situation but made it clear that the keeper would have to fight to get his spot back.

- NEXT: Neymar doubtful for Barca opener

Ankle sprain may keep Neymar out of Barca's season opener 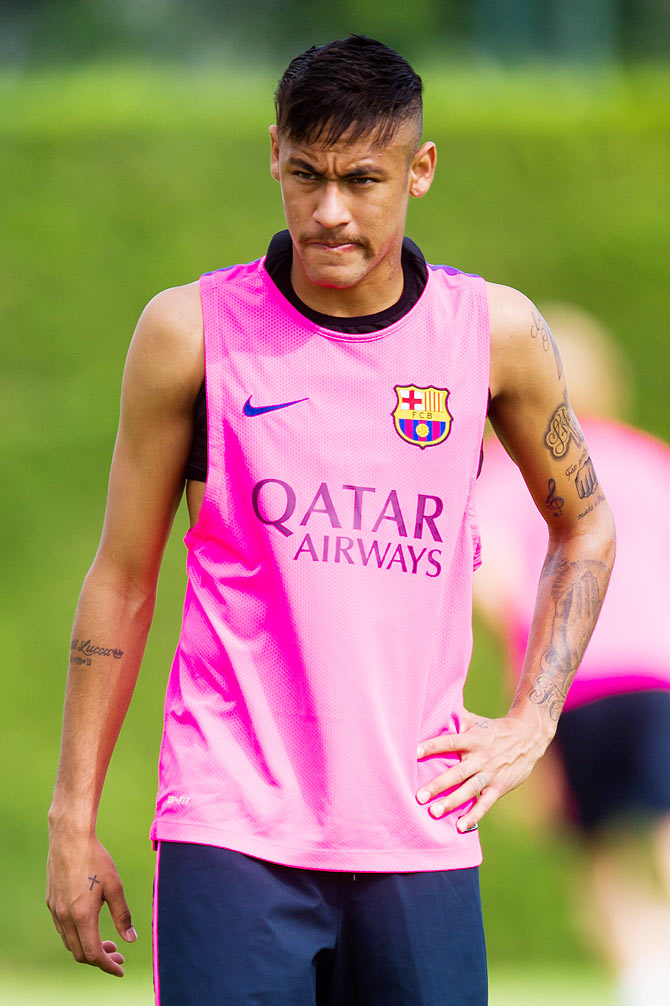 Barcelona forward Neymar has a sprained ankle and is struggling to face Elche on Sunday, the club said on Friday.

"Neymar had a pain in his left ankle after finishing training on Thursday and tests have shown that the player has a grade one sprain," a statement read.

The Brazilian was only given the all-clear by medical staff at the Camp Nou on Monday after fracturing a vertebra playing for his country in the World Cup quarter-final against Colombia in early July.

Neymar looked lively in Barca's final friendly match against Mexican outfit Leon on Monday in which they won 6-0 and he bagged a brace.

Barca kick off the season at home to Elche under new coach Luis Enrique having had an overhaul of the team following their first season without a major trophy in six years.

Luis Suarez leads the list of arrivals after a 65 million pounds ($107.76 million) transfer from Liverpool but he will not be available until late October due to his ban for biting at the World Cup. 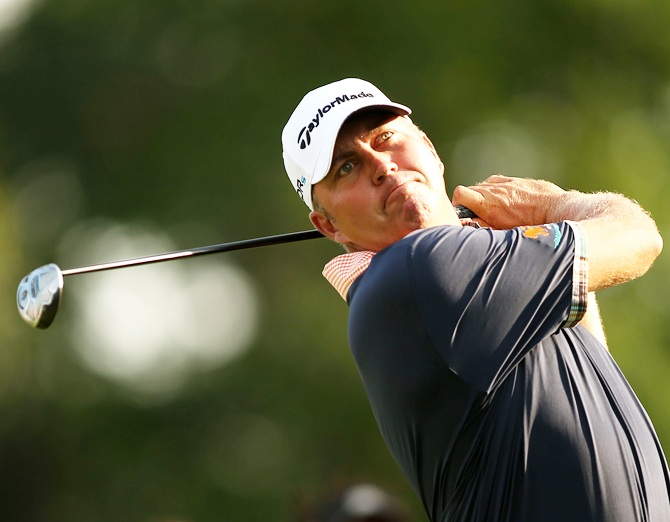 Bo Van Pelt chipped in for eagle at the par-five 17th hole for a 65 that pushed him past a crowd of eight players and into the first-round lead at The Barclays on a Thursday when Rory McIlroy played poorly.

The Northern Irishman, winner in his last three starts including the British Open and PGA Championship, shot a three-over-par 74 and trailed Van Pelt by nine strokes.

Among the long queue tied for second at five-under 66 in the opening tournament of the four-event FedExCup playoffs were Jim Furyk, who stood third on the points list, his old Ryder Cup team mate Hunter Mahan and England's Paul Casey.

They were joined by Brendon de Jonge of Zimbabwe and Americans Charles Howell III, Cameron Tringale, Ben Martin and Brendon Todd on a course softened by overnight rain.

The 25-year-old McIlroy blamed his poor play on a lack of preparation and not on fatigue despite taking time to celebrate his blistering run and attending to added business commitments.

Van Pelt, refreshed after two weeks off and a successful fishing trip on the murky East River, said touring the classic A.W. Tillinghast Ridgewood Country Club course took him back to his youth.

"The course I grew up on is similar," the Indiana native said. "A lot of trees and bent grass.

"I love coming up here to bent grass ... and stuff that I'm used to. Kind of takes me back to being a kid."

Entering the elite 122-man field in 104th place, Van Pelt said he had no expectations, content to be included after a dismal start to a season marked by five missed cuts in a row. 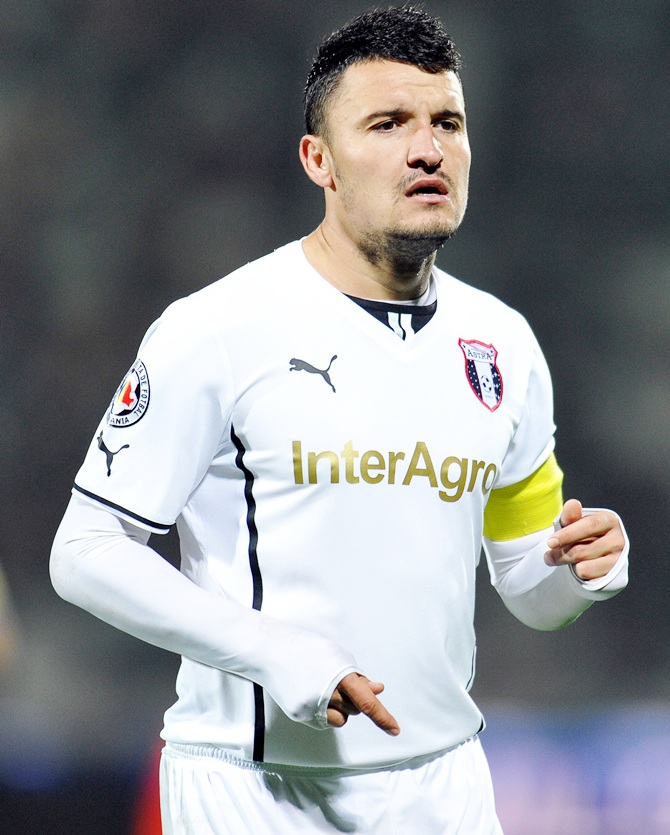 Lyon, who won seven French titles in a row between 2002 and 2008 and made the Champions League semi-finals in 2010, took the lead thanks to Steed Malbranque on 25 minutes.

However, Nigerian Kehinde Fatai's goal after the break and a Constantin Budescu penalty nine minutes from time boosted Astra.

Lyon will still hope to turn the tie around in Romania next Thursday and qualify for the group stage of Europe's second tier club competition.

In other notable first-leg results, St Etienne were another French flop as they lost 1-0 at Kardemir Karabukspor to hand the Turks their maiden European victory while Moldova's Zimbru Chisinau surprised Greece's PAOK 1-0 at home. 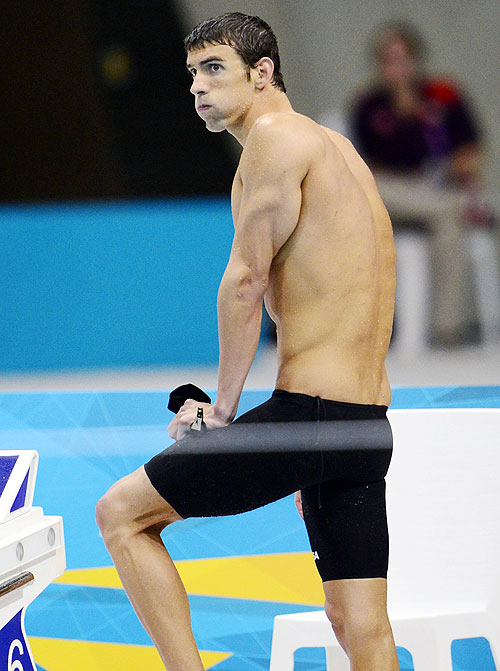 Michael Phelps made an ominous return to international competition on Friday, qualifying for the final of the 100 metres freestyle at the Pan Pacific championships at Australia's Gold Coast.

Taking on the world's best sprinters in an event he rarely competed in even at his peak, Phelps won his heat and touched the wall in 48.45 seconds.

His time was third fastest overall, just behind the reigning Olympic champion Nathan Adrian (48.05) and the two-time world champion James Magnussen (48.25), but was still the talk of the pool deck on a rainy morning.

Still in the early stages of his comeback after he retired following the 2012 London Olympics, Phelps has struggled to get back to his best and pulled out of the 200m freestyle and 100m backstroke heats on Thursday.

And although he is not expected to keep up with Adrian and Magnussen in the final, his eye-popping performance was the best sign yet that he is on track to make a big splash at the 2016 Rio Olympics.

Missy Franklin, still battling the effects of back spasms, recovered from her disappointing start to the four-day meet to qualify for the women's 100m final.

The Pan Pacific championships feature the best swimmers from the US, Australia, Japan and Canada, as well as invited competitors from about a dozen other countries, but have added importance for the Americans this time because they double as the trials for next year's world championships in Russia.