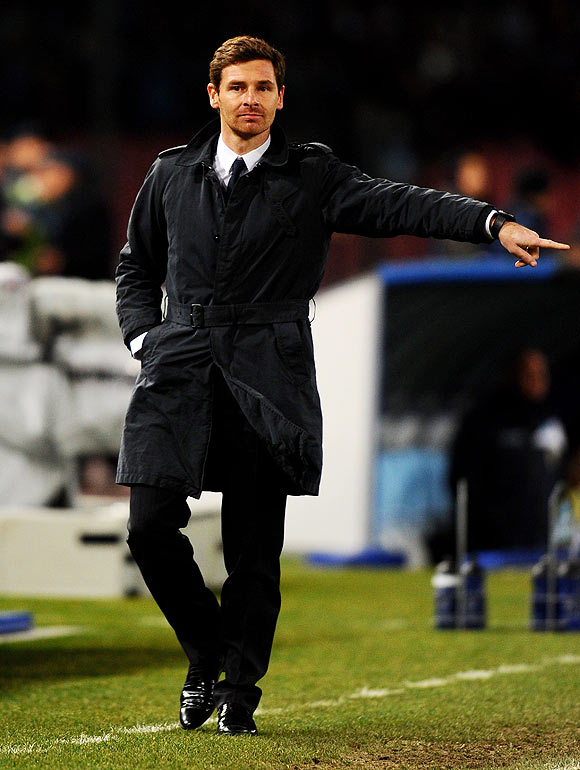 Chelsea sacked Andre Villas-Boas on Sunday after less than nine months in charge.

Speculation over the 34-year-old's future had been doing the rounds in the British media for weeks following a string of poor results and his dismissal came after Saturday's 1-0 league defeat by lowly West Bromwich Albion.

"Unfortunately the results and performances of the team have not been good enough and were showing no signs of improving at a key time in the season," the London club said in a statement on their website (www.chelseafc.com).

Chelsea's Russian billionaire owner, Roman Abramovic is known to be impatient with his team's coaches and has wielded the axe on many a big name in the past.

Villas-Boas was the sixth coach of the club since Abramovic took over the ownership of the club in 2003.

Abramovich's other victims include eminent names like Claudio Ranieri, Jose Mourinho, Avram Grant and Luiz Felipe Scolari. Only Guus Hiddink left (not sacked) of his own accord, after he fulfilled his short-term contract, having replaced Scolari after the Brazilian was sacked midway through his first season.

Rediff.com brings you list of managers who tried to change fortunes at Stamford Bridge but failed to impress the Blues owner. 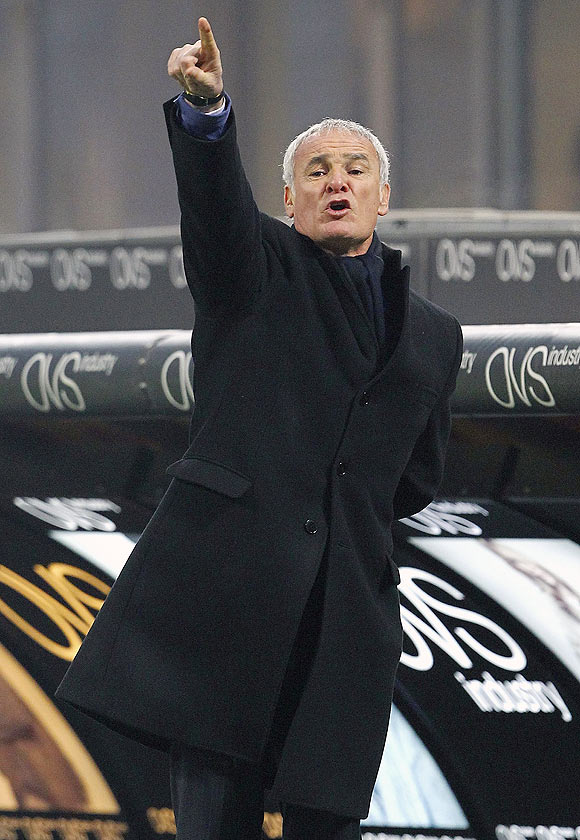 The Italian, known as 'The Tinkerman' by the British media, was the first to face Abramovic's axe. Starting his career at Stamford Bridge in 2000, it was under  Ranieri that Chelsea climbed the Premier League table to become reckoners for the title.

His coaching, though slammed by the British press, saw Chelsea rise to sixth in the table and seal a UEFA Cup spot in his very first season. Over time he helped Chelsea rise and they finally sealed a Champions League berth for the 2002-03 season.

But once Abrahamovic brought over Chelsea, rumours were rife that Ranieri would be sacked. On 31 May 2004, after almost a year of speculation he was finally relieved of his coaching duties at Chelsea, and his job went to Mourinho. Jose Mourinho – The Special One – came to Stamford Bridge on a high. As Porto coach, he had just led the Portuguese club to Champions League glory. With European success in mind for his newly-acquired club, Abramovich signed on Mourinho in June 2004.

Mourinho charmed one and all – not just by his quotable quotes at the press briefs -- by leading his team to successive EPL titles in his first two seasons in charge.

However, the Blues failed to replicate their league successes at the European stage and this left Abramovich frustrated.

At the very start of the 2007-08 Champions League season Mourinho was put under pressure when the Blues drew with 1-1 draw at home to Norwegian side Rosenborg. Their Premier League season was also dented with losses and draws against lower rung clubs, causing a rift between the coach and the owner.

There were rumours floating within the English press that Abramovich was going to sack Mourinho.

However, Mourinho had stunned the world of football by making a sudden announcement, one September morning, of leaving Stamford Bridge by mutual consent.

The decision had come after the club held a crisis meeting to discuss the indifferent start to the 2007-08 season. The sudden departure of Mourinho saw Aram Grant take over the reigns at Stamford Bridge.  Only two months before replacing Mourinho, Grant was appointed Director of football at the club.

The club did well under the watch of the Israeli, who currently coaches Partizan. During his term at Chelsea, that lasted just 58 games , the club rose from the Mourinho drama to book a place in the Champions League final as well as finish behind champions Manchester United in the 2007-08 season.

But for Abramovich, anything short of European honour was an unsatisfactory result and that meant an end to Grant's time at the club. At the close of the season, the Russian decided to terminate Grant's contract. 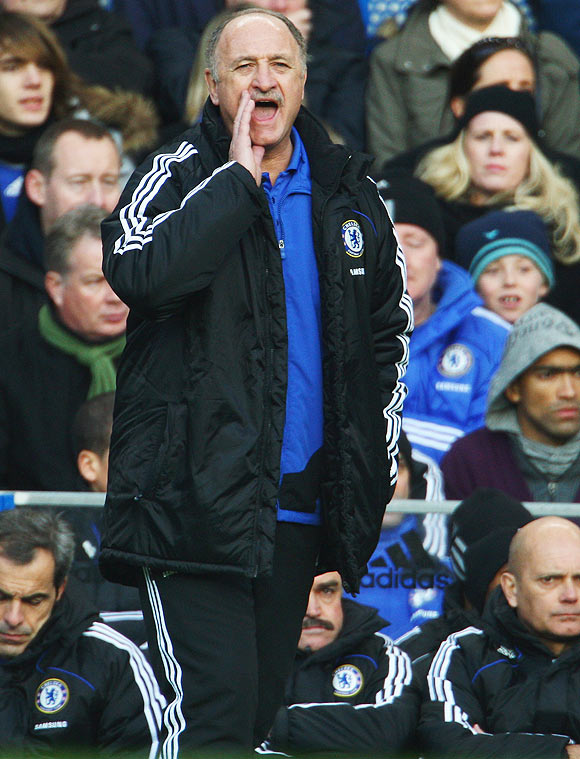 Filipao as he is fondly called in Brazil, signed on with Chelsea soon after Euro 2008 when his contract with the Portuguese national side ended.

With his deepest desire to win a Champions League title still unfulfilled Abramovich turned to the Portuguese in hope. But things didn't go as planned and differences between Scolari and some members of the team (read Didier Drogba and Micheal  Ballack) surfaced in the media. Also Scolari's decision to keep Ukranian Andriy Schevchenko on the sidelines for most part of the season did not go well with the owner.

All this dressing room drama led to Chelsea's slump in the Premier League table. Once favourites to claim the title, Chelsea had now fallen to the fourth spot and in danger of failing to qualify for the next season of the Champions League. Scolari had to bear the brunt of it all and faced the axe in Feb 2009.

Scolari's departure saw Dutchman Guus Hiddink take over as caretaker manager till the end of the season. Under his short reign, Chelsea managed to put their woes behind and win the 2009 FA Cup title.

At the end of the season, Hiddink left the Blues to coach the Turkey national squad. 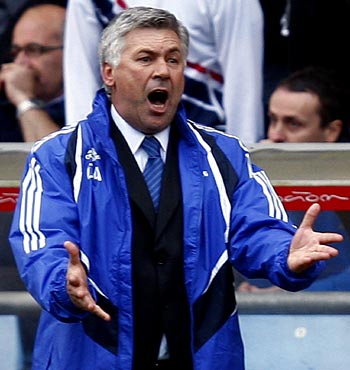 And the Italian did a fine job at the club. He first guided the club to Premier League success (their first in four years) and the FA Cup titles in his first season -- Chelsea's first ever double.

However, it was in the top European competition that he failed twice -- l osing to eventual champions Inter Milan in the first knock-out round in 2010 and in the last eight to Manchester United in 2011.

That was enough to have Abramovich go looking for a new coach and give Ancelotti the untimely boot.

Just two hours after Chelsea lost their final Premier League match to Everton and finished a distant second in the 2010-11 season -- nine points behind champions Manchester United -- Ancelotti was sacked.