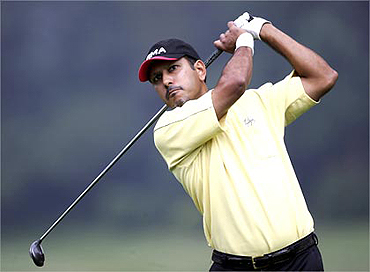 Jeev Milkha Singh's season has been hampered by a troublesome rotator cuff injury but the Indian hopes the "golfing gods" will be back on his side at the $6 Singapore Open this week.

Singh earned one of the biggest wins of his career in 2008 at the Singapore Open and while he did not defend his title, opting instead for the World Match Play event, the 38-year-old said he had a good feeling about returning to the city-state. "I have a great feeling coming back, especially to where you won before," Singh said.

"Obviously you get the positive vibes again," he added.

'It was one of the biggest wins in my career' 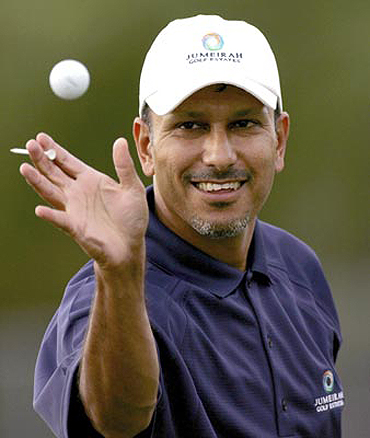 "In 2008, my best memory was on the 18th hole when I got lucky when Ernie missed his putt and I made par on the last two holes to win by one shot. I think the golfing gods were really looking after me," Jeev said.

"It was a great win and I feel it was one of the biggest wins in my career. It was a strong field and the golf course was very challenging with the rough up and the greens were in excellent conditions," he added.

A shoulder injury sustained earlier his year has stubbornly refused to heal, however, and Singh is still dealing with rotator cuff pain.

"I got injured in Dubai when I was hitting a shot in the rough and after that I kept playing with the injury and that's the worst thing to do," said Jeev, who became a father for the first time in February. 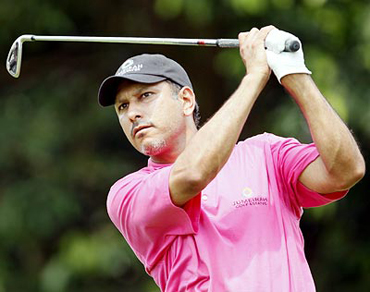 "The other mistake was that I came back too early. I took two months off but the best doctor is your body, that tells you that you need to take it easy and not to return too early.

"There's a lot of inflammation in there and there's not a lot of blood circulation there and they say you need to take time off and let the body do the work."

Jeev has brought his family to Singapore and while he is enjoying the company he admits it can sometimes be a struggle finding balance between golf and home life.

"It is really tough. I admire people with two or three kids. I haven't been getting enough sleep," he said.

"This is the first trip my family is up with me. I think it is great because it gets quite lonely on the road," he added.