Sign in  |  Create a Rediffmail account
Rediff.com  » Sports » On the ATP Tour winning in succession is what matters

On the ATP Tour winning in succession is what matters Rafael Nadal registered his eighth straight triumph at the Monte Carlo Masters on Sunday. Bikash Mohapatra digs out instances of a player winning a particular tournament five or more times on the trot.

Nadal - the master at Monte Carlo

Rafael Nadal's mauling of Novak Djokovic in the final of the Monte Carlo Masters on Sunday was memorable in more ways than one.

It not only ended the Spaniard's seven-match losing run -- all of them in finals -- against the world No.1 from Serbia, but also ensured him an eighth successive title at Monte Carlo. His lone defeat in the premier clay-court event having come in 2003.

While there are many examples of players winning a particular tournament multiple times, the same hasn't been a continuous streak.

It occured over a period. Pete Sampras, for example, won seven Wimbledon titles though not in succession (Remember 1996?). Likewise, Andre Agassi won the Miami Masters on six occasions, albeit spanning a period of 13 years (1990-2003).

In the Open Era (1968 onwards), there are few recorded instances of a player winning a particular tournament many times in succession, Nadal's eight successive triumphs in Monte Carlo being the record by far.

Rediff.com takes a look at other instances when a player won a particular tournament at least five (or more) times in succession.

It is imperative here to mention that Nadal finds a place twice in this list. Besides his Monte Carlo titles, the Spaniard also won the Barcelona Open on six occasions, five times in succession between 2005 and 2009.

In fact, the Spaniard has won a record three tournaments -- Monte Carlo, Barcelona and the French Open -- at least six times each. 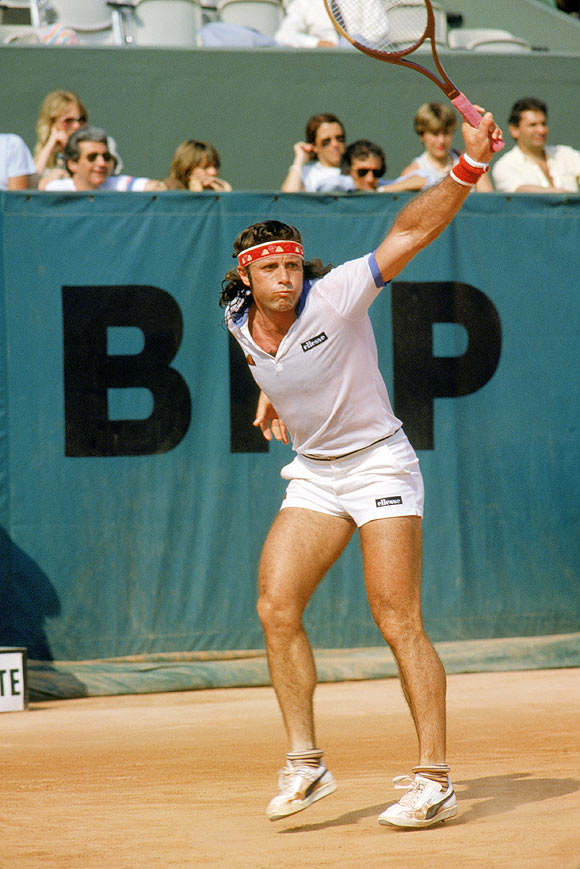 The Argentine was one of the most successful players in the late seventies, reaching as high as No. 2 in the rankings.

However, if there was one tournament he completely dominated it was on home soil.

Vilas won the Buenos Aires Open, then a part of the Grand Prix tennis circuit, on eight occasions, six straight times between 1973 and 1977. 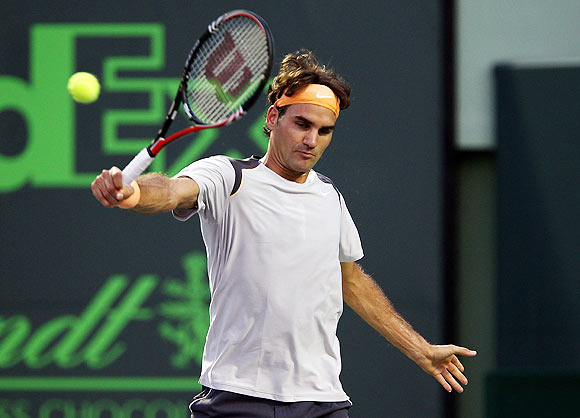 Not surprised to see this name on the list. Are you?

The manner in which Roger Federer has dominated men's tennis in the last decade, it is only apt that he has ensured himself a plethora of records.

The Swiss champion has won a record six tournaments at least five times each.

Of them there have been two majors where he kept winning for five years at a stretch. While Federer remained unbeaten at Wimbledon between 2003 and 2007 -- he won at the All England Club for a sixth time in 2009 having lost the previous final to Nadal -- he also won the US Open five straight times between 2004 and 2008.

Besides, the former world No.1 won the Masters Cup, his home event in Basel, the grass-court tourney at Halle (Germany) and the Dubai Open on at least five occasions, though not in succession.

Of Borg's dominance at Wimbledon 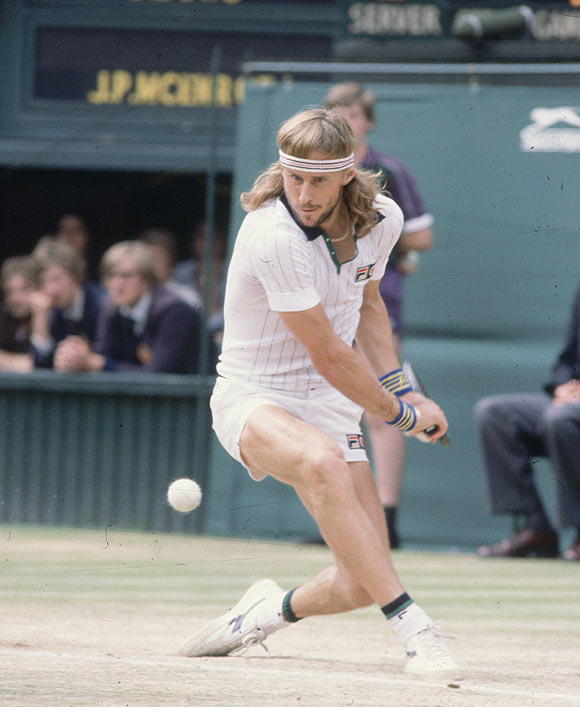 This one is an easy guess.

Bjorn Borg's dominance of the French Open and Wimbledon are part of tennis folklore.

While the Swede won the Roland Garros title on six occasions (four in succession), it was at the grass courts of the All England Club that he dominated for five straight years, between 1976 and 1980.

Borg reached a sixth straight final at Wimbledon in 1981, only to come up short against John McEnroe.

The only tournament Kafelnikov dominated Yevgeny Kafelnikov had an impressive resume.

Though the Russian won 26 career titles (from 46 finals), he was never dominant as regards a particular tournament, Moscow being the lone exception.

The first time Kafelnikov reached the final of the Kremlin Cup (in 1996), he finished second best (to Goran Ivanisevic).

However, he dominated his home tournament thereafter, winning five straight times between 1997 and 2001.

This is the final name on the list and a surprising inclusion. Ain't it?

Save for tennis aficionados not many would have heard about Balazs Taroczy.

For starters, he was a top doubles player in the 80s, winning the Wimbledon title in 1985 (in partnership with Swiss Heinz Gunthardt).

However, the Hungarian's credentials weren't too bad either. He won a total of 13 ATP Tour titles and made it to the top 15 in the rankings -- peaking at No. 13 in February 1982).

Among his 13 wins, six came at the Dutch Open, then part of the Grand Prix circuit and played at Hilversum.

Taroczy won the tournament for the first time in 1976. However, it was between 1978 and 1983 that the Hungarian's love affair with Hilversum blossomed.

He won the clay-court tournament five straight times between 1978-82 while finishing second best to Tomas Smid in the 1983 final.

The tournament was discontinued since 2008, the organizers having sold the rights to the family of world No. 1 Novak Djokovic. It is now played in Belgrade (Serbia).