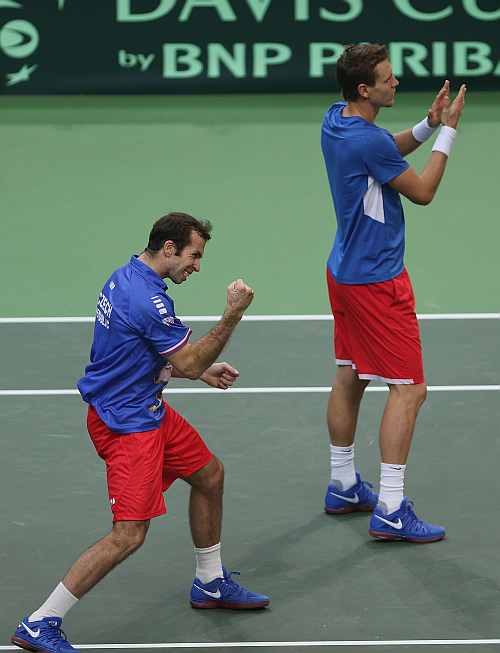 Tomas Berdych and Radek Stepanek used a roaring home crowd to come back from a set down on Saturday, putting the Czech Republic 2-1 up over holders Spain and a win away from the Davis Cup title.

The Czech pair looked tired from the gruelling opening singles matches that finished late on Friday but overcame a slow start to triumph 3-6, 7-5, 7-5, 6-3 over Spain's top duo.

Marcel Granollers and Marc Lopez, who became the first Spanish pair to win the doubles title at the ATP Tour Finals for 37 years on Monday, silenced the 14,000-strong crowd early on.

'They play a very different style' 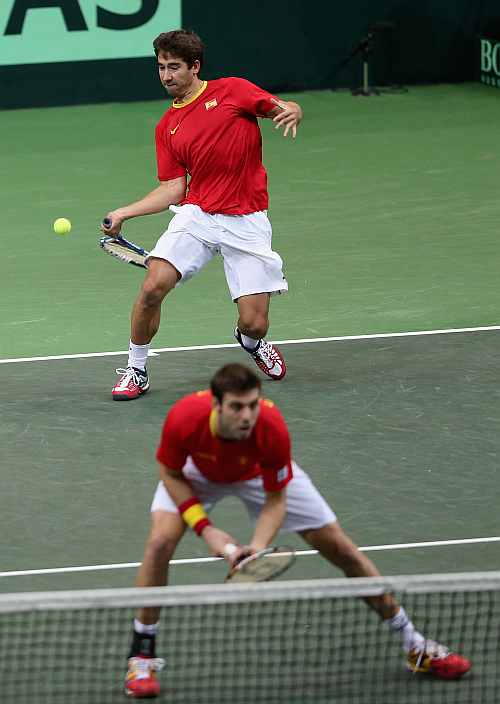 The Spanish cut short a Czech rally in a crucial seventh game that helped them cruise in the first set but the Czechs raced ahead in the second set to get the crowd going again and slowly take control.

"They play a very different style... (but) we got used to it and started to play our game," world number six Berdych told reporters.

"It is still not over. We still need one more point. We expect two hard matches tomorrow with very strong opponents. So we'll go one-by-one."

Berdych will hope to take that momentum into the first singles match on Sunday against fifth-ranked David Ferrer.

In the second match, Stepanek faces Nicolas Almagro, who pushed Berdych to the limit in the Czech number one's hard-hitting five-set win late on Friday.

A Czech win on Sunday would give the country its first Davis Cup crown in 32 years and end Spain's bid for a fourth title in five years.

'They are playing very well and hitting the ball very cleanly' 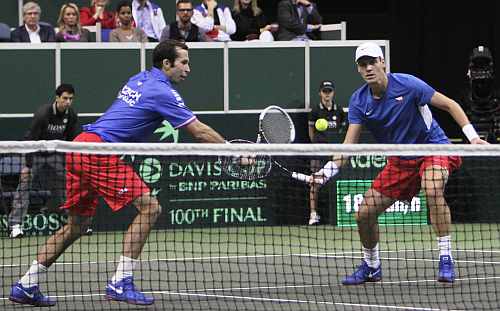 "With Tomas coming off a four-hour match (on Friday) and coming so strong here today, it just shows the desire and hunger we have for the trophy," said Stepanek.

The Czech pair said they felt good going into the final day and held the momentum in Saturday's match despite trading points in the second and third sets.

Spain got a lucky bounce off the net to even the score at 3-3 in the second but the Czechs produced a couple of unstoppable overhead smashes to avoid a tiebreak and win the set.

They claimed the third set with a Berdych backhand volley and then eased through the fourth set.

The Czech pair improved their doubles record to 12-1, with their only loss together in 2009 when Spain trounced the team 5-0 in the final that year.

'We always expected this tie' 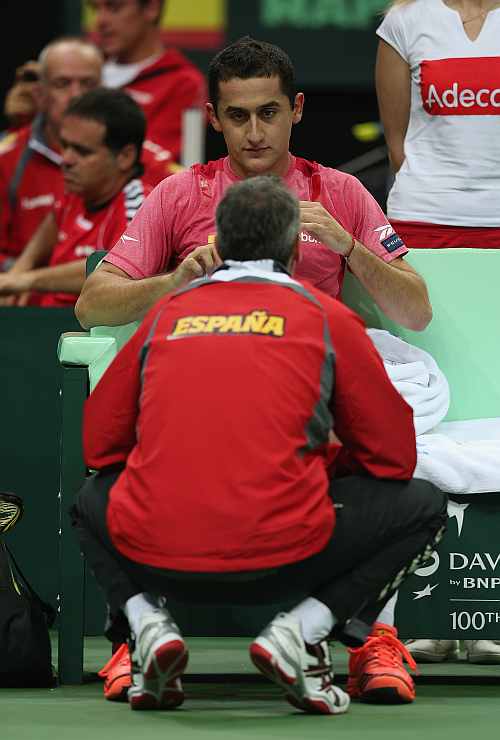 Spain are without former world number one Rafa Nadal who is sidelined by a knee injury and are relying on Ferrer, who just finished the best season of his career and is the highest ranked player in the final.

Almagro is ranked 11th and looked comfortable on the indoor hard court, where the fast surface was the choice of the Czech team and has taken some getting used to for the Spanish team.

"If we get to 2-2, I am convinced that the way Nico (Almagro) is playing then we have a good chance," Corretja said.

"We always expected this tie would go down to the last point."