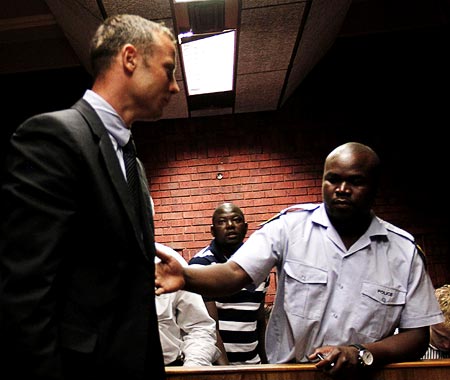 Image: Oscar Pistorius is escorted by police during his court appearance in Pretoria
Photographs: Siphiwe Sibeko/Reuters

South African 'Blade Runner' Oscar Pistorius broke down in tears on Friday after he was charged in court with shooting dead his girlfriend in his Pretoria house.

The 26-year-old Olympic and Paralympic superstar stood with head bowed in front of magistrate Desmond Nair to hear the murder charge read out, then started sobbing, covering his face with his hands.

'Security guards found Pistorius by Steenkamp's body in the bathroom' 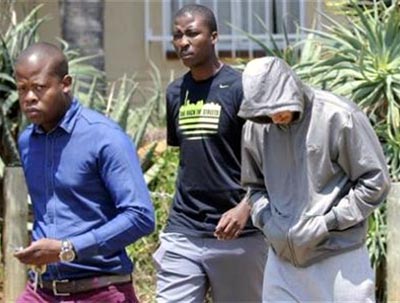 Prosecutors told the Pretoria court they would argue the shooting of 30-year-old model Reeva Steenkamp in the early hours of Thursday was pre-meditated.

The case has stunned a nation that reveres 'the fastest man on no legs' as a hero who triumphed over adversity to compete with able-bodied athletes at the highest levels of sport.

Pistorius is a double amputee who became one of the biggest names in world athletics.

'He is doing well but very emotional' 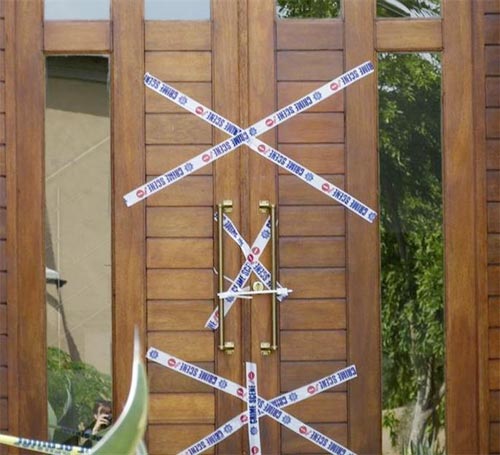 Steenkamp, a model and regular on the South African party scene, was found shot dead in his plush home in the middle of a heavily guarded gated complex in the northern outskirts of the South African capital, police said.

The Afrikaans-language Beeld newspaper said she had been hit four times, in the head, chest, pelvis and hand.

"The security guards found Pistorius by Steenkamp's body in the bathroom," the paper said on its website, citing a neighbour. "The door had bullet holes right through it."

Early reports of the shooting suggested he may have mistaken Steenkamp for an intruder, but police said neighbours had heard noises before the shots and there had been previous "domestic" incidents at the house. 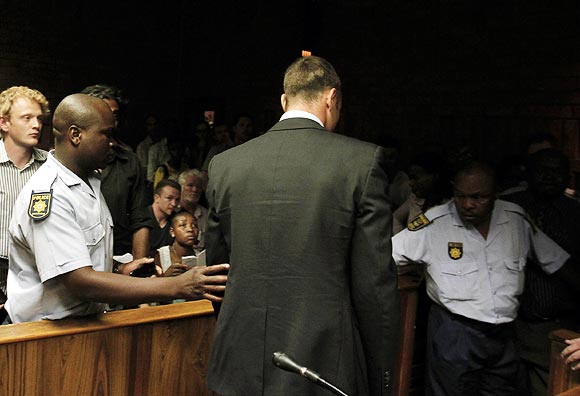 He said nothing during the 40-minute hearing. His father, Henke, and brother, Carl, sat directly behind him in the packed court-room, occasionally leaning forward to give him a pat on the shoulder.

Pistorius' mother died in 2002 when he was 15 years old - a tragedy that he said drove him into pursuing a full-time sporting career.

The hearing was adjourned until February 19 and Pistorius will remain in custody. 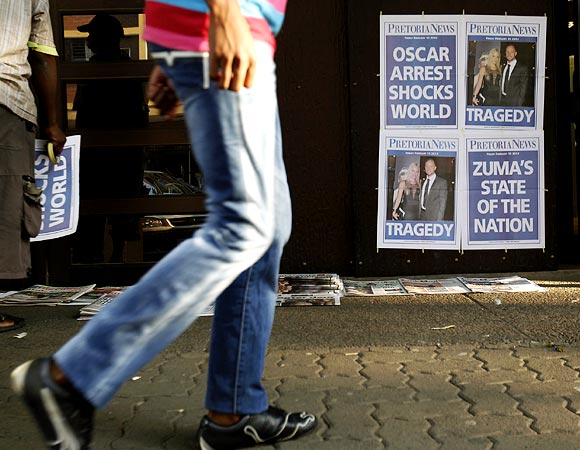 South African newspapers plastered Steenkamp's killing across their front pages, relegating a State of the Nation address by President Jacob Zuma in parliament to a distant second.

The coverage reflected shock and dismay at the fall of a sporting legend who commanded rare respect on all sides of the racial divides that persist in Nelson Mandela's "Rainbow Nation" 19 years after the end of apartheid.

"Golden Boy Loses Shine" ran a front page headline in the Sowetan, beside a picture of Pistorius, head bowed in a grey hooded tracksuit being led away from a police station.

Callers to morning radio shows expressed grief at the death of Steenkamp, who had been due to give a talk at a Johannesburg school this week about violence against women.

There was also widespread disbelief at the fate of a sportsman regarded as a genuinely "good guy".

"How is it possible for one so high to fall so low so quickly?" Talk Radio 702 host John Robbie said.

'He is doing well but very emotional' 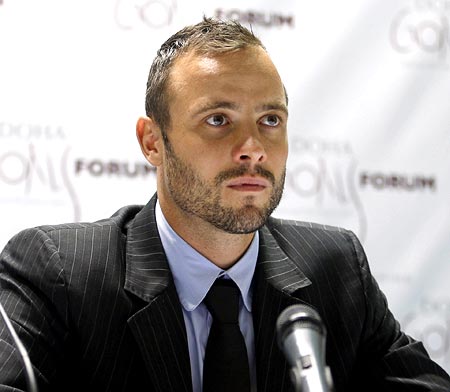 A 9 mm pistol was recovered from Pistorius' house, police said.

"He is doing well but very emotional" his lawyer, Kenny Oldwage, told SABC TV, but gave no further comment.

South Africa's M-Net cable TV channel immediately pulled adverts featuring Pistorius off air but most of his sponsors, including sports apparel group Nike, said they would not make any decisions until the police investigation was completed.

Pistorius' endorsements and sponsorships, which also include British telecoms firm BT, sunglasses maker Oakley and French designer Thierry Mugler, are thought to be worth as much as $2 million a year.

'He was just so kind to everyone' 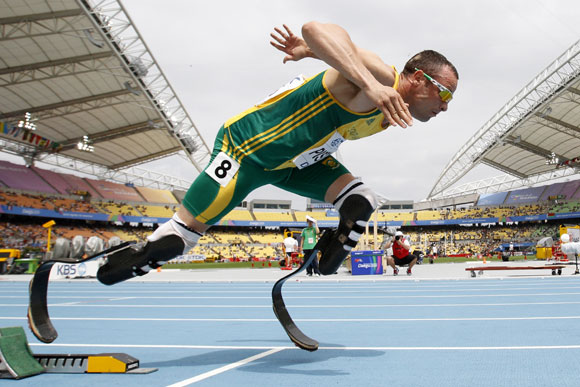 Pistorius, who was born without a fibula in both legs, was the first double amputee to run in the Olympics and reached the 400-metres semi-finals in London 2012.

In last year's Paralympics he suffered his first loss over 200 metres in nine years. After the race he questioned the legitimacy of Brazilian winner Alan Oliveira's prosthetic blades, but was quick to express regret for the comments.

Near the home, people who knew Pistorius recalled a much-loved local hero.

"Some of us were in tears," said Precious, who works at a petrol station where Pistorius used to fill up his McLaren supercar, signing autographs and picking up the tab for people in the convenience store.

"He was just so kind to everyone," said Precious, who declined to give her family name.