Massa out of hospital 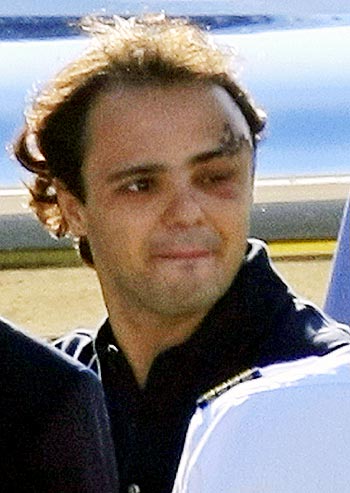 Injured Formula One driver Felipe Massa left a Budapest hospital after nine days of treatment on Monday, boarding a private jet home to Brazil on his own feet.

Ferrari's Massa, who fractured his skull in an accident during qualifying for the Hungarian Grand Prix, was seen smiling and shaking hands with officials at Budapest's Ferihegy International Airport.

No timetable for Massa's return 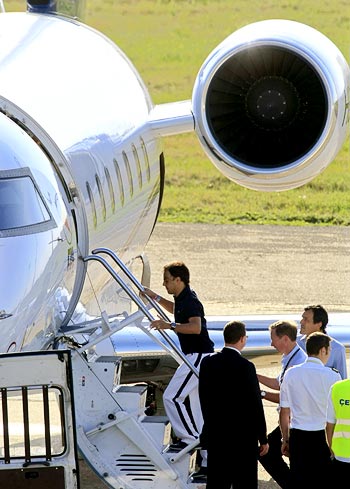 Massa's left eye was badly bruised but slightly open and there were no bandages over the line of stitches on his left temple.

The 28-year-old, last year's championship runner-up, spent several days in an induced coma and on a respirator but was released from an intensive care unit last Wednesday.

His physician, Dino Altmann, has said Massa is expected to make a full recovery but needs rest and there is no timetable for his return to Formula One.

In the interim, seven-time Formula One world champion Michael Schumacher will replace Massa for Ferrari. 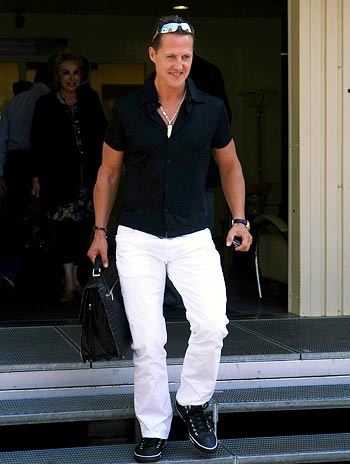 Michael Schumacher visited injured Ferrari driver Massa on Saturday, a day after starting testing for his return to Formula One racing with the Italian team.

The seven-times champion, who will replace the injured Brazilian while he recovers from a head injury suffered in a crash during qualifying for the Hungarian Grand Prix a week ago, did not speak to reporters.

Former Ferrari boss Jean Todt, who is standing as a successor to Max Mosley as president of motorsport's world governing body the International Automobile Federation (FIA), also visited Massa and left without speaking to the media.