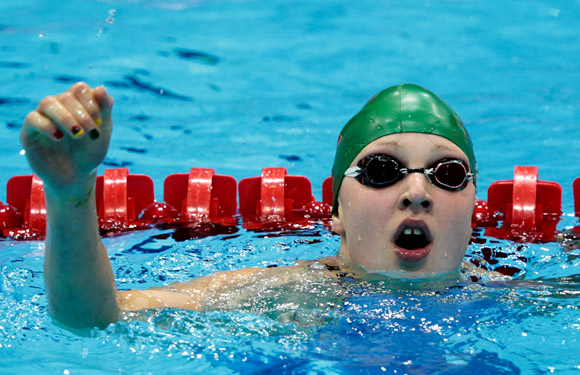 Now that the swimming events at the London Games are all but over, it is time to look back at a few surprises.

One glance at the winner's list and it is clear that no name in particular dominated the event, like say Michael Phelps had done four years back. Not even the American himself!

True, many swimmers finished with a handful of medals, but the events of this edition were marked by more surprises than predictability. There were far more youngsters making a mark in London vis-a-vis the favourites emerging triumphant. In other words, there was ample potential on display, potential that can manifest itself to legendary feats in the years to come.

Rediff.com takes a look at the youngest swimmers to take gold in London.

At 15 years and six months, Ruta Meilutyte was the youngest gold medalists in the swimming competition in London.

Her win in the women's 100 meters breaststroke was Lithuania's first gold in the pool since attaining independence a couple of decades back.

And Meilutyte did it in style, consigning double gold medalist Rebecca Soni of the United States to second position. 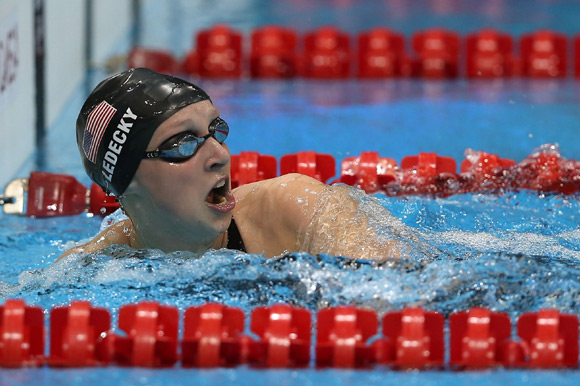 Katie Ledecky's win in the 800 meters freestyle came in as a shocker.

Moreover, the American beat the swimmer who holds the world record in the discipline en route, Rebecca Adlington.

The defending champion from Britain could only finish third as Ledecky completed a memorable triumph. 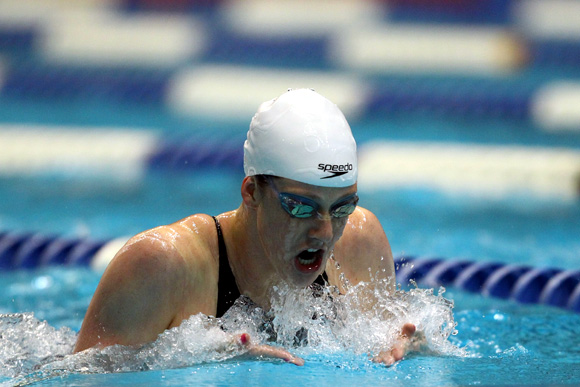 Arguably the biggest success story to emerge from the swimming events at the London Games, Missy Franklin captured five medals during the week-long competition, four of them happened to be yellow in colour.

The 17-year-old from Pasadena picked up gold medals in the 100 and 200 meters backstroke as well as the 4x200 meters freestyle and 4x100 meters medley relays.

Furthermore, Franklin also became the first American woman to win the event at the Olympics in more than four decades. Melissa Belote was the last one to do so in the Munich Games in 1972.

Shiwen was faster than Lochte 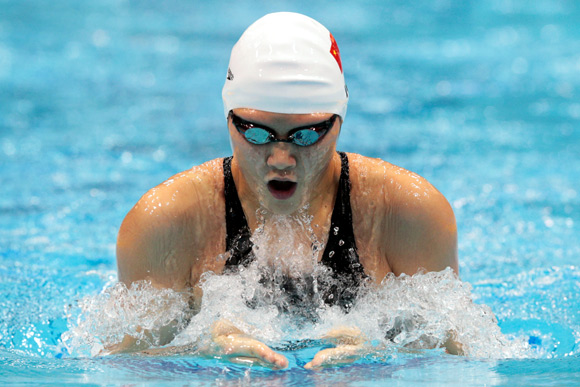 She's fast. If she was there with me, maybe she would have beaten me."

American swimmer Ryan Lochte, the winner of the men's 400 meters individual medley speaking about a 16-year-old who won the corresponding women's event.

China's Ye Shiwen unleashed a sprint finish in her last two lengths that helped her set the world record in the event, eclipsing the earlier mark set by Australian Stephanie Rice in Beijing.

Shiwen also won the 200 meters individual medley but was subsequently involved in controversies and doping allegations.

However, she emerged triumphant from the controversies as well, just as she had from the pool.