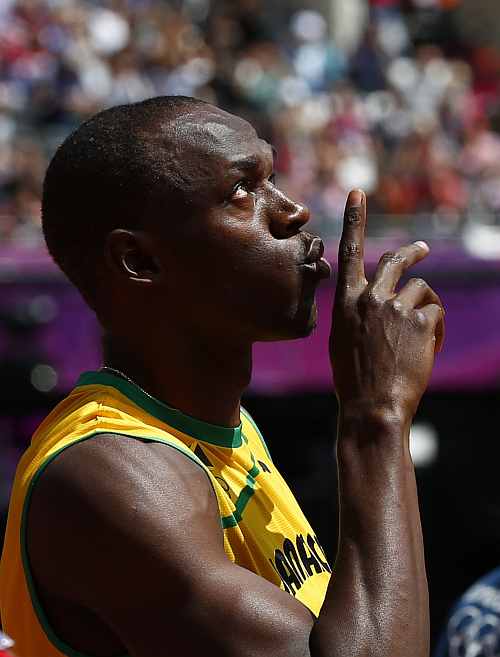 Getting set for his London Olympics debut, Usain Bolt bopped to the music blaring over the loudspeakers, rocking his head back and forth. He drew cheers merely for removing the green T-shirt that covered his uniform, then for yanking the black wool cap off his head.

Other sprinters, waiting for their own 100-meter heats, gathered around a TV in the bowels of the stadium to catch a glimpse of Bolt's first dash of the 2012 Games.

As it turned out, he got off to a slow start, then insisted that was quite fine. All that mattered Saturday: He made it to the 100 semi-finals.

In his first appearance at 80,000-seat Olympic Stadium, four years after he dominated in Beijing, Bolt did what he had to do to advance, overcoming a poor first burst to win his heat in 10.09 seconds.

"I stumbled on the start," the 25-year-old Jamaican said. "I really didn't do a lot of executing."

''My legs are great. My training has been great' 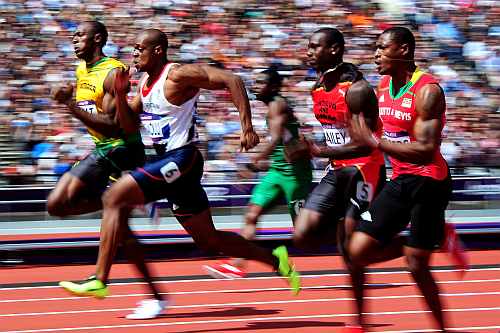 But he's been less than outstanding more recently. A false start knocked him out of the dash at last year's world championships, and he lost to training partner Yohan Blake in the 100 and 200 at the Jamaican Olympic trials. Bolt blamed his poor showings at home on back and hamstring issues.

"My legs are great. My training has been great," Bolt said Saturday. "I'm feeling better."

Might very well be true. Still, his reaction time was only sixth-best in his eight-man heat — the sort of slow start that could make things tough Sunday night, when the 100 semifinals and final are scheduled.

Blake, whose intensity in practice led Bolt to nickname him "The Beast," looked quite good in his Olympic debut, really coasting at the end while winning his heat in 10 seconds flat.

Asked to assess his showing, Blake said: "It's not the finals."

'I've worked for six years to get my chance' 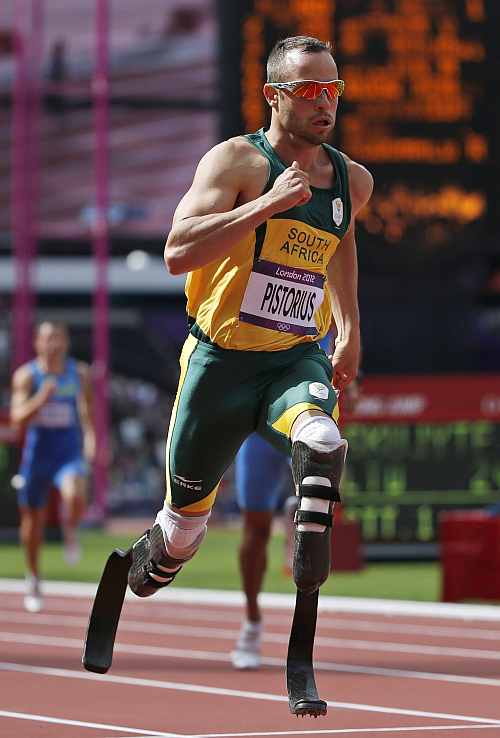 The other main event of Saturday's morning session was the heats of the men's 400, with South Africa's Oscar Pistorius becoming the first amputee to compete in track at an Olympics.

Not only did he finally make it to the starting line at a Summer Games — smiling right before settling into the blocks — after a prolonged fight to be allowed to race with carbon-fiber prosthetics, but he even qualified for the next round.

"I've worked for six years ... to get my chance," said Pistorius, who was born without fibulas and had his legs amputated below the knee before he was a year old.

The defending Olympic champion in the 400, LaShawn Merritt, will not join Pistorius in Sunday night's semifinals. Merritt, who served a 21-month drug suspension since his Beijing title, pulled up halfway through his heat with a tender left hamstring.

If Saturday is any indication of what's to come with the 100 medals at stake, fans could be in for a treat.

Gay did well in his comeback 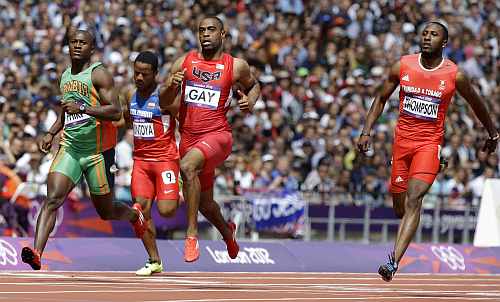 It's worth noting that Bolt was the least impressive of any. Then again, he didn't really have an opponent to threaten him even the least bit in Heat 4; none of the other entrants ever has run 9.9 or better.

If Gay was looking for a solid test of his surgically repaired right hip, he got it. Pushed by Richard Thompson of Trinidad and Tobago, who left Beijing with two silver medals, Gay got no chance to really let up while winning Heat 1 in 10.08. Thompson was next in 10.14.

Afterward, Gay leaned over, hands on his knees, and watched a replay of his race on the stadium scoreboard.

"Start felt good. Everything felt pretty good," Gay said. "I didn't feel any pain. ... I really didn't want to run (any) faster. I did what I wanted to do." 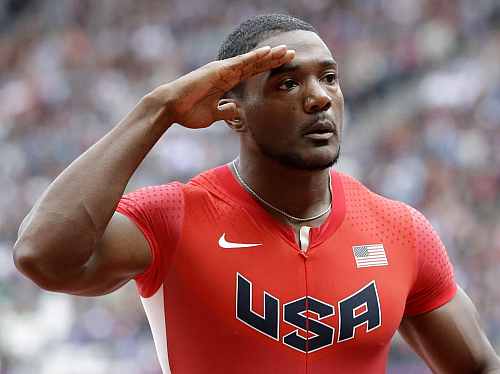 Moments later, it was Gatlin's turn to push it, and he did — except not because anyone was anywhere near him but because he could.

Gatlin opened a large lead and only let up in the final few strides, glancing to his left to eye the 9.97 on the trackside clock — a full quarter of a second faster than runner-up Derrick Adkins of the Bahamas.

The stadium announcer noted that Gatlin's time was the fastest first-round 100 in Olympic history.

Bailey sets the track on fire 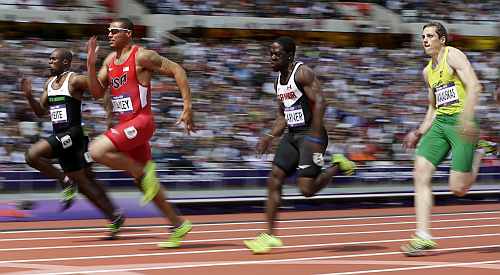 In the very next heat, Ryan Bailey of the U.S. went even faster, finishing in 9.88, matching his personal best. This was, after all, Bailey's chance to get his name in lights. He didn't necessarily come here with realistic hopes of going home with the gold, the way, say, Blake did.

Bailey sought out a television to keep an eye on Bolt in the next heat.

"He's the equivalent of the guy walking on the moon for the first time. He's done something that no one has ever done before. You have to line up in the blocks, shoulder-to-shoulder, with this guy? You're going to be in awe sometimes," Gatlin said about Bolt.

"I think a lot of runners almost have that audience mentality: See what he's going to do, even while you're running. You've got to block that out, go out there and compete against that guy."

Gatlin, Gay, Powell and Blake will aim to do just that on Sunday.

Tags: Ryan Bailey , Gatlin , Blake , Powell , moon
More
Copyright © 2022 The Associated Press. All rights reserved. The information contained in the AP News report may not be published, broadcast, rewritten or redistributed without the prior written authority of The Associated Press.
Write a
Comment
Print this
article