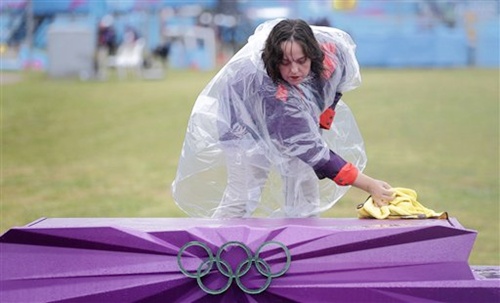 Every Olympic Games has its winners and losers, not just among the athletes and competing nations, who stand out from the crowd and take the praise or punishment as the host city steps into the limelight.

Here are 10 of those who came away from London 2012 with a golden glow and 10 others who might be wishing they had done things differently - or had never got involved in the first place.

"I listened to the Olympics from outside and I heard a bit. It was faint but I still heard it. I heard them having fun and celebrating and I felt happy inside. I felt a warmth in my heart and I carried on".

Sitting on a chair directing spectators, armed with a megaphone and a deliciously deadpan delivery, Volunteer Lady proved a YouTube sensation as she intoned "I cannot contain my excitement". More than 1.6 million people clicked on the clip. The exceptional volunteers were a feel-good story of the Games. 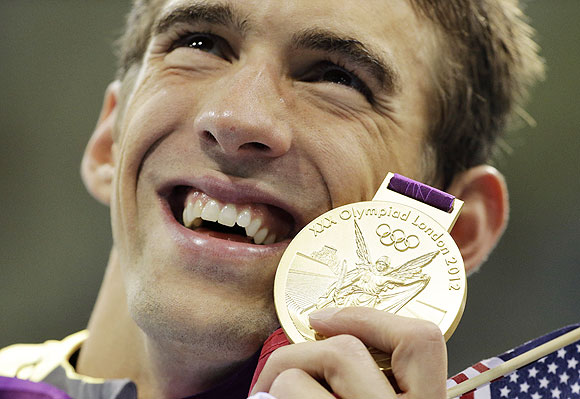 Winner of a record eight golds in Beijing four years ago, the man with the Midas touch heads into retirement with another haul to take his tally to 18 golds and 22 medals. The greatest swimmer can now lay claim to be the most-decorated Olympian.

Phelps left London knowing the President of the United States has his mobile number on speed dial. He achieved everything he set out to do. Did he pee in the pool? Of course he did. 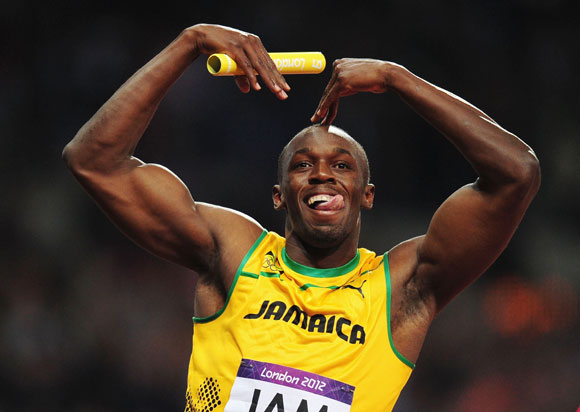 He talked, he danced, he ran and he made friends with the Swedish women's handball team - three of whom were photographed with him in the early hours after his 100 metres gold.

'Lightning' Bolt, the great showman of the track, entered the history books as the only man to do the double-double after defending his 100 and 200 metres crowns.

He then made it a three-peat with relay gold. The gangly 25-year-old may get faster and will definitely get richer. He has every chance of banking in excess of $20 million a year. 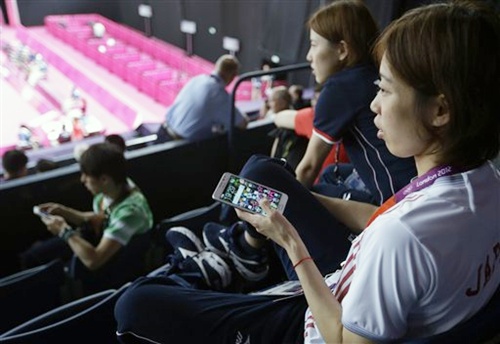 The first Twitter Olympics, with the highs and lows and everything in between, all chronicled in 140 characters or less. 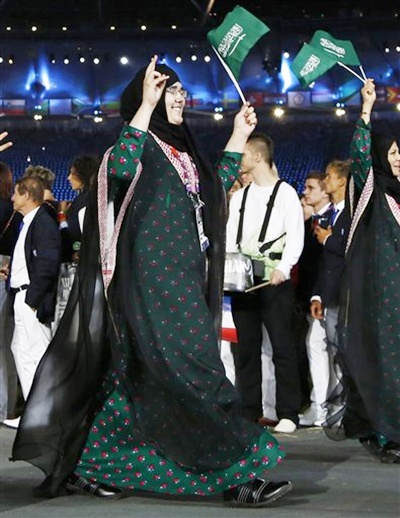 Wojdan Ali Seraj Abdulrahim Shaherkani. You may struggle to remember the name, and she lasted just 80 seconds on the judo mat, but the shy 17-year-old's presence was felt around the world as the first Saudi woman to compete at an Olympics.

London was the first Games with women in every national team and competing in every sport. Women's boxing was such a success on its debut that there may be double the medals next time. 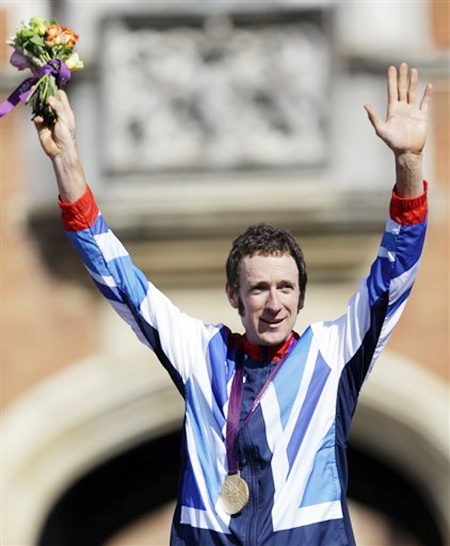 'The Modfather' of cycling, a man of musical taste whose sideburns triggered a craze for cut-out cardboard replicas worn by fans lining the road and shouting 'Here Wiggo'.

Winner of the Tour de France ('Allez Wiggo'), the people's hero won the time trial to claim a fourth career gold and become briefly the most decorated British Olympian with seven medals.

Fellow cyclist Chris Hoy later pedalled ahead of him on 'gold difference' with his seventh medal, and sixth gold. It provided 'Hoy Joy' for headline writers overcome by the 'Hoy Wonder' and determined to trumpet Britain's 'Pride and Hoy'. 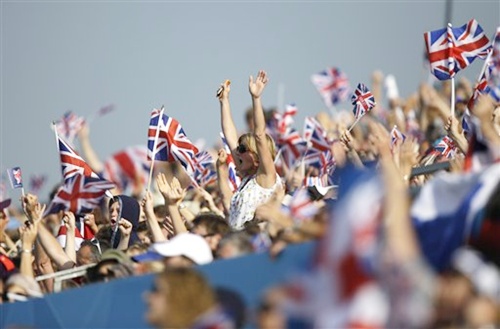 In fact the sellers of anything to do with Team GB, as the host nation celebrated its most successful Games since 1908 with a medal bonanza and more golds being racked up than even the oldest of citizens could remember. 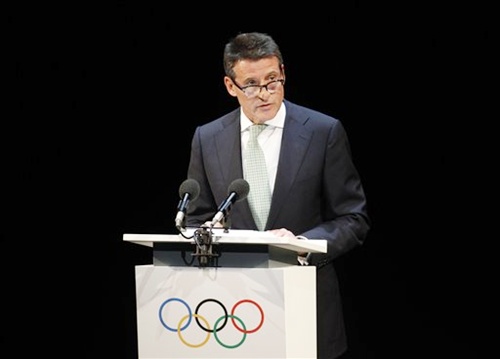 The chairman of organising committee LOCOG. True to form as a double Olympic 1,500 metres champion, he got into his stride early and barely put a foot wrong in a Games that had the athletes centre stage.

Presiding over a great Olympics has undoubtedly boosted his hopes of becoming the next president of athletics' world governing body IAAF.

Eventual membership of the International Olympic Committee is also surely a matter of time. 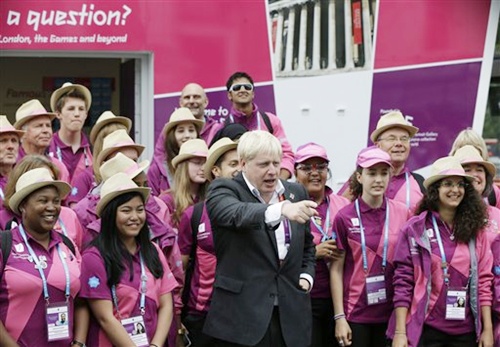 Despite being left dangling from a zipwire and suffering the ire of cab drivers before the Games, as well as retailers who accused him of frightening off shoppers with his booming warnings across the underground rail system of potential transport snarls, the maverick mayor has been a constant cheerleader for London and provided some of the memorable soundbites.

Bullish and boisterous, Boris has ridden a wave of 'Olympomania' and been rewarded by popularity polls that, if not putting him 'zoink' off the fever scale, have left him well clear of any other Conservative politician.

He teased the French, charmed the Queen and even had a haircut. 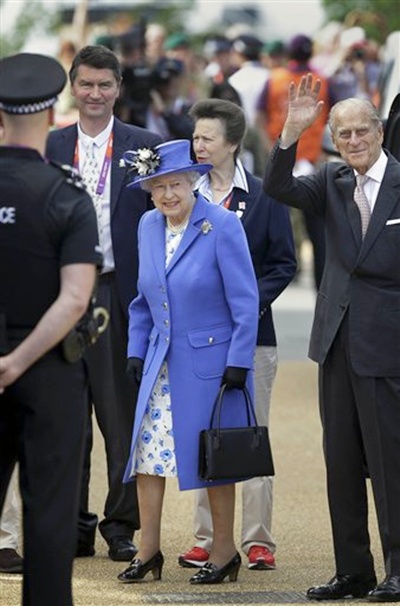 "Good evening, Mr Bond". Rarely can four words uttered by Queen Elizabeth have caused such delight. Her Majesty had a good Games, appearing in her first film role and then formally opening the show. One had fun.

Her daughter and grand-daughter got in on the act, the former presenting the latter with an equestrian silver medal, while Princes William, Harry and the Duchess of Cambridge never seemed to have any problems getting tickets for the main events.