I was mentally prepared for this moment: Vijay Kumar 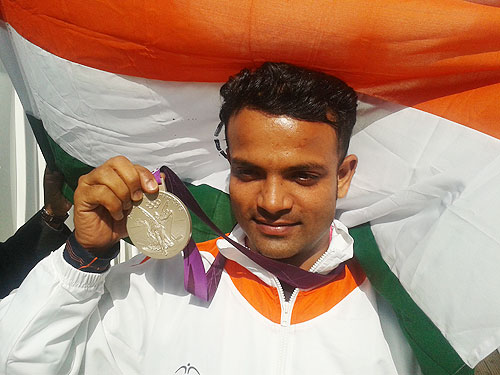 India's new shooting sensation Vijay Kumar, who won a silver medal at the London Olympics on Friday, said he had prepared himself mentally for a medal and is elated to have achieved his objective.

"I had mentally prepared myself for this moment. Being in the army has made me mentally tough and I used this to my advantage. Whatever I had planned, I have achieved," said Vijay, said at the post-event media interaction. 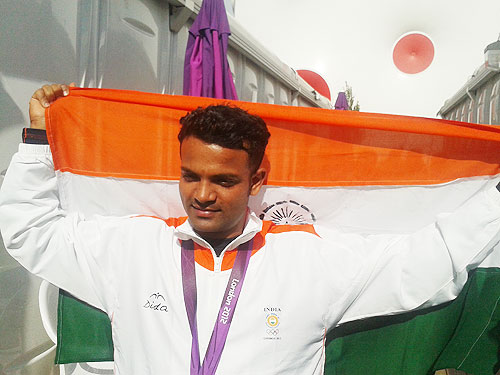 "I have won several medals in international events, but an Olympic medal is always special," he said.

"This medal means such a lot to me. It has been my dream to win an Olympic medal. It is the highest peak you can achieve. I have a lot of medals on the wall, but an Olympic one was missing until now," he said.

Vijay said he stayed composed by treating the Olympics like any other international competition and it ensured that he did not get overawed by the occasion.

'I knew I had to keep control over my nervous system' 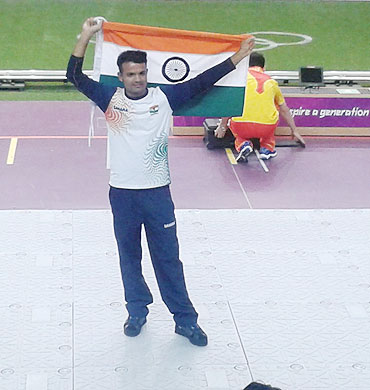 "I have been in other competitions where the scoring has been normal like this, but this was the Olympic Games. I had to ensure that I retained my composure right through," he said.

Asked whether a few good scores in the qualification rounds was the key to his good showing, Vijay Kumar replied, "In rapid fire, it does not depend on a few series. You cannot be perfect, some mistakes will creep in. It happens to the other shooters also," he said.