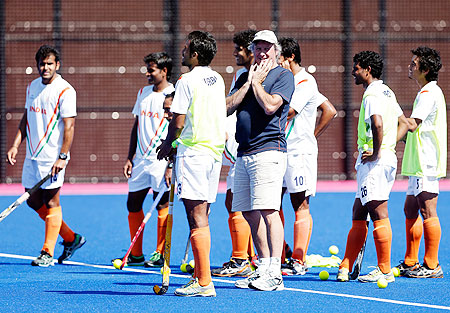 There is a dearth of quality hockey players in India and the present national team possesses a' bunch of mediocre' individuals who are just satisfied to be Olympians, feel yesteryear stars of the game.

The former players were scathing in their attack following India's disastrous Olympic campaign.

After losing four consecutive matches in Group B, the eight-time champions are staring at the worst-ever finish in the quadrennial extravaganza.

'The team looked awful in all areas' 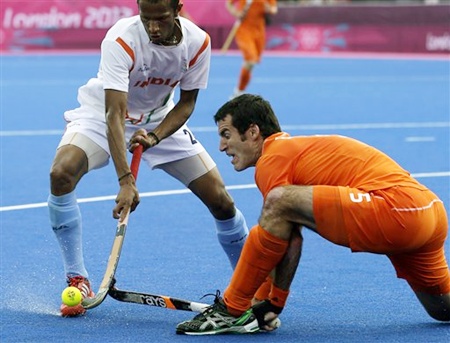 Former India captain Ajit Pal Singh said the Bharat Chetri-led side has been exposed in London and it has no excuses to offer for the dismal showing.

"The present players have got a lot of exposure, so they can't blame anyone for their performance. They looked lethargic, the defence as usual was shaky, the team looked awful in all areas," the 1975 World Cup winning captain said.

"The present team has a bunch of mediocre players who are just satisfied to be in the Olympics," said Ajit Pal, who was initially named as India's Chef de Mission for the London Olympics but gave the mega-event a miss due to spondylitis. 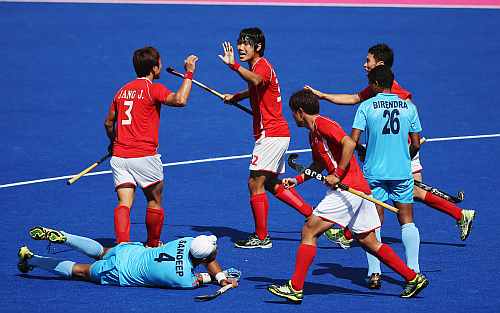 Another former skipper Zafar Iqbal, who was part of India's eighth and last Olympic gold medal-winning side in 1980 Moscow, agreed with Ajit Pal and said ace drag-flicker Sandeep Singh has been a big let down in London.

"Sandeep may be a good penalty corner specialist but he is nowhere on the ground. He is found wanting in the defence. A quality player is one who has the ability to perform under pressure," he added.

Zafar agreed with chief coach Michael Nobbs, who had questioned the commitment of Indian players after the prolonged losing streak in the London Games.

"We have a long way to go to match top teams of world hockey. It seems we have forgotten our basics. How can we expect commitment from these players? Zafar asked."

"Only quality players are committed towards the game."

'We tried to introduce new things at the wrong time' "Our planning was completely wrong. We tried to introduce new things at the wrong time. By leaving out players like Rajpal Singh and Sarvanjit Singh, the continuity and combination of the team was broken," he said.

"We added some new players which was not necessary. For example, there was no need to make a young S K Uthappa an Olympian so early. He looked sub-standard. I hold the selectors responsible," Kumar said.

"Our forwards were a total flop. We did not show any spark. There is no combination among the players."

Kumar also came hard on Hockey India for ignoring the players of World Series Hockey from the national team. 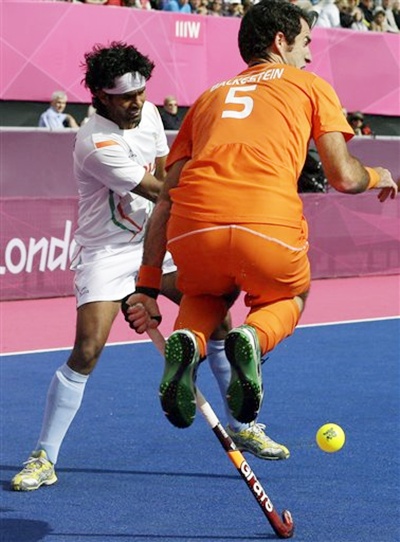 Citing the example of Pakistan, who included Rehan Butt, Shakeel Abbasi and others in their Olympic team despite their WSH appearance, Kumar said Indian hockey is suffering because of the long-standing power tussle between two warring federations -- Hockey India and IHF.

"Some very skillful players have come to light from the WSH but Hockey India ignored them. Not a single player from the WSH was called for the national camp. They were termed as traitors by Hockey India."

"Look at Pakistan. They have included their WSH players in the Olympic-bound team and the results are showing in the field," Kumar said.

India started their Olympic campaign with a 2-3 loss against The Netherlands, followed by humiliating defeats against New Zealand (1-3), Germany (2-5) and South Korea (1-4) to occupy the sixth and last position in Group B with still a game to play against Belgium.