Bindra, Narang set to take aim with medal in sight 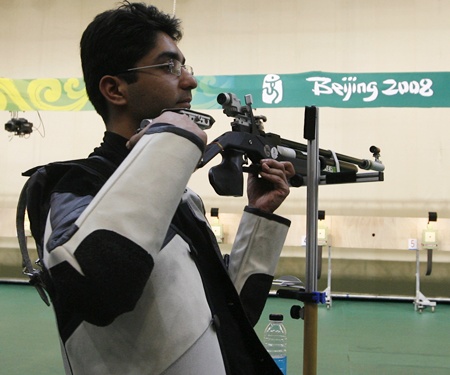 Abhinav Bindra will aim for his second-successive medal, while Gagan Narang will hope to end his Olympic jinx when the hyped duo takes aim in the 10m Air Rifle event of the London Games on Monday.

Bindra, India's first individual Olympic gold-medallist at Beijing 2008, claims to have all but forgotten about the glory he brought the country four years ago.

"Looking at the past has no bearing. I don't want to soak myself with the thoughts of the Beijing performance. I won a gold four years ago in two hours of shooting. That is over and done with," Bindra has stated.

This would be Bindra's fourth Olympic appearance and perhaps never before would he have endured the immense burden of expectations that has followed him to the British capital.

'I hope to get third time lucky' 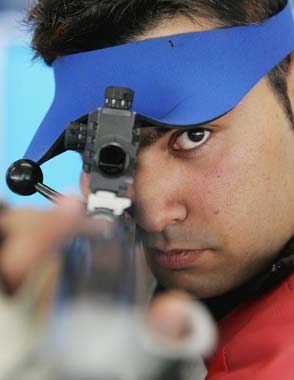 Narang, on the other hand, has had to face disappointments in his previous two appearances at the big event.

Narang has gone on to win numerous medals in the ISSF World Cups, World Championship, Commonwealth Games and the Asiad, besides creating a new world record in 2008, but Olympic glory has eluded the shooter from Hyderabad.

But given the good form he has enjoyed going into the London Games, the Olympic medal jinx could well be broken this time around.

Besides competing against each other, the duo will also face a stiff challenge from China's Zhu Qinan, who was incidentally beaten by Bindra in Beijing.

Besides 10-metre, Narang is also competing in 50-m Rifle Prone (August 3) and 50-m Rifle 3 Position (August 6), giving himself enough chances of winning a medal at the Royal Artillery Barracks.

For the first time ever, India will have 11 shooters, three more than the eight participants at the Beijing Games.
© Copyright 2022 PTI. All rights reserved. Republication or redistribution of PTI content, including by framing or similar means, is expressly prohibited without the prior written consent.