'I actually started off with tennis' 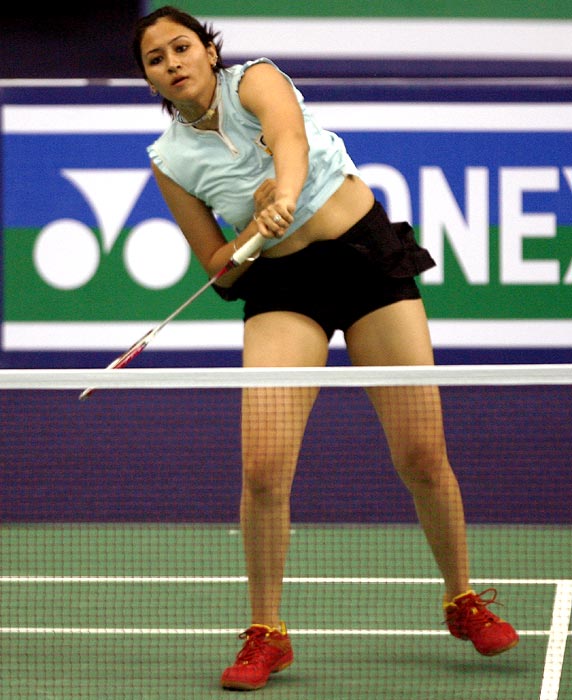 Drop dead gorgeous are the words that describe her the best. India's premier doubles badminton player Jwala Gutta is not only good looking, but soft spoken and elegant.

Relaxed in her home, she spoke with A Ganesh Nadar about the impending Olympics, where she will be participating in the doubles and mixed doubles.

What are the games you played as a child?

When and why did you choose badminton?

I actually started off with tennis, but my mom was worried about my skin. She thought that the hours under the sun that tennis requires would spoil my skin and so introduced me to badminton. That is why I chose badminton and have played since then.

Did it interfere with your studies in school and college?

No, not really! I was a bright student. After standard eight I hardly went to school, but always managed to pass. So it was okay. 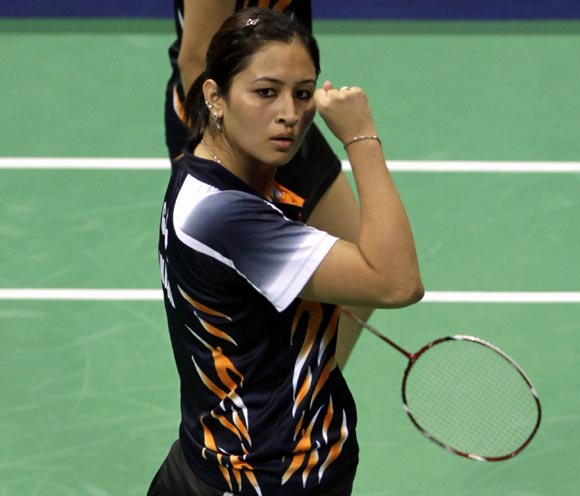 You have won 14 National titles, and yet chose to play doubles?

At that time India needed a doubles team. Unlike other countries, we don't take doubles seriously. We did not have a proper doubles team; therefore, I decided to take up doubles. Other countries have four or five doubles pairs who are of the same standard and we did not have a single pair. So I decided to take up doubles. That time they needed me to play doubles and I took it up.

The Chinese are the best players in the world. You think badminton is in your genes?

[Laughs] People think that way, but no; my style of play is Indian. I don't play like the Chineese.

How long do you practise every day, and with whom?

I practise seven to eight hours a day. I play with our Indonesian coach and also my personal coach, Arif Sir!

What are the changes a player has to adapt to to go from singles to doubles?

What is your exercise regimen?

We play a lot. We also do weights, cardio and core exercises. Badminton is a very tough game, so you have to be as fit as an athlete. You have to work on every aspect.

What is your diet plan?

'I expect our badminton association to look after us' 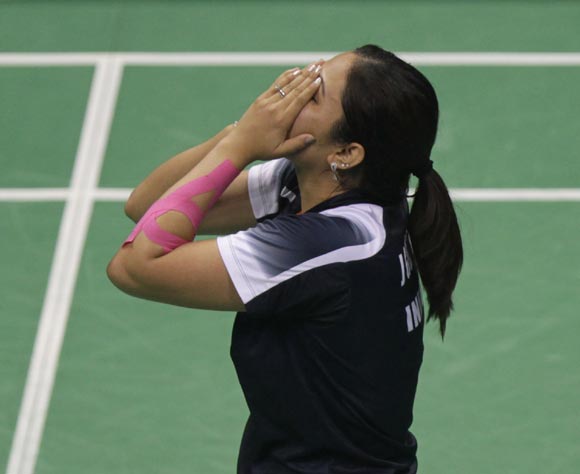 How do you relax?

I do not do anything in particular. I sleep a lot. I love shopping, so I do that. I watch a lot of movies. I hang out with my friends, which I love.

Does the government do anything to help you?

The government does a lot. It has to look after 30 disciplines. We are here because the government has been funding us. The sports federation looks after us and the government funds them. Before the Commonwealth Games they wanted us to get a lot of exposure and ensured that. That is why we got such a good result.

What more do you expect the government to do for your sport?

Badminton does not enjoy the glamour of tennis. Why?

I do not think that is true. Tennis is on a different plane... the kind of publicity and promotion they get. But we are not doing badly either. It will take time, but we will get there.

Are organisations like the Mittal Champions trust and Olympic Gold Quest in touch with you?

They are #172 I guess they do not think I am good enough.

'Our qualifying for the Olympics was itself an achievement' 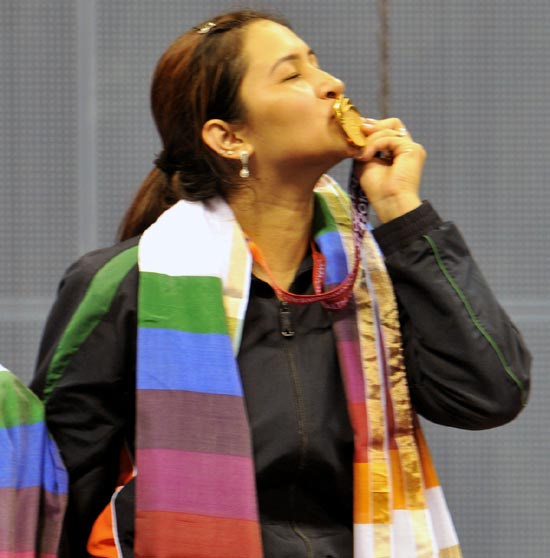 How different will be the Olympics from the World Championships, where you won a medal?

The Olympics is the biggest event in the world. It will be much tougher, as the expectations are higher. Players prepare for four years for this. The World Championships was tougher, as there were 64 pairs, but here there are only 16 pairs. So qualifying was very tough. Our qualifying for the Olympics was itself an achievement and we have qualified for both the doubles events.

You think we should appoint Chinese coaches?

Chineese coaches might have champion players, but they are not suitable for us.

What are your chances for an Olympic medal?

As we have already won a World Championships medal, it is not an impossible task. It is very much within our reach. We can do it.

What is it that separates a winner from a runner-up in the Olympics?

'I am concentrating on my fitness' 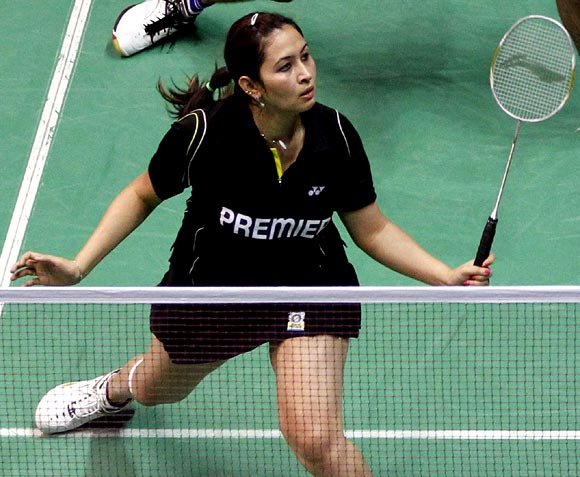 Do you think Saina Nehwal will win a medal?

She is very good, but everyone is reading her now. As she is among the best in the world everyone is watching her. So they know how she plays. She will have to be careful. I am sure she is aware about this and she and her coach are working on it.

What are your special preparations for the Olympics?

I am concentrating on my fitness. I am playing two events, so I better be fit.

What role does God play in your victory and your losses?

I am not religious (smiles)!