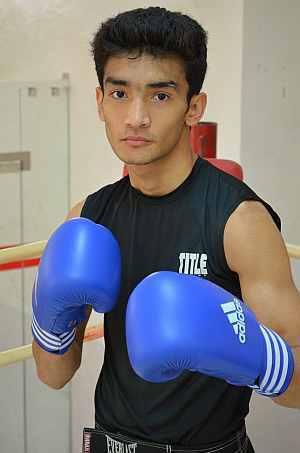 He is the youngest Indian pugilist to qualify for the Olympics but Shiva Thapa was busy trying his hand at athletics and football to start with before catching the phenomenal Mike Tyson on TV charmed him into taking up boxing.

All of 18, Shiva (56kg) booked his ticket to London, in style, by fetching a gold medal at the Asian Olympic Qualifiers in April this year.

The sprightly Assamese teen -- a silver-medallist at the World Youth Championships and the Youth Olympic Games -- graduated to the senior level only last year and has gone from strength to strength ever since.

In his debut senior international event, Shiva defeated a reigning world champion to notch up a gold medal, displaying the kind of talent which even "surprised" the coaches.

"I took up boxing when I saw Mike Tyson. I was just awestruck by his charisma and the way he made boxing look so stylish," recalled Shiva.

"And the decision has worked well for me. Now I just need to keep working hard and the results will follow.

'People remember medallists not the ones who qualified' 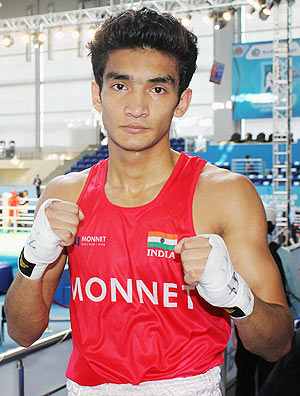 "Yes, getting to Olympics is a dream realised but the real fun is in winning a medal. People remember medallists not the ones who qualified," he said.

The 'baby' of the eight-strong Indian boxing team -- featuring seven men and a woman -- Shiva is the son of former karate player Padam Thapa, who said he knew his youngest son would be an Olympian even before he was born.

The soft-spoken boy has fulfilled his father's dream pretty early in life but it has come at a cost.

"I don't see my family for months together. In my childhood I spent most of my time in Pune at the Army Sports Institute where my initial training began. After going to the senior level, I am in Patiala most of the time. I just about manage to get a couple of days with my family in months," said Shiva.

'He will decide about higher studies after the Games' 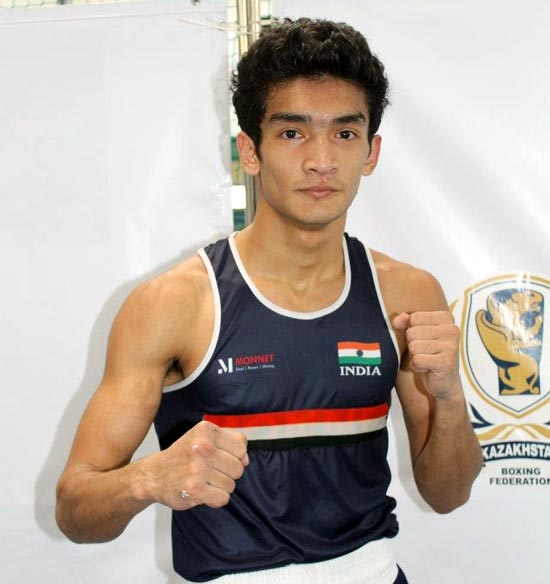 The man Shiva replaced in a matter of months at the national camp -- Commonwealth Games gold-medallist Akhil Kumar -- is a respected and admired name in Indian boxing and the teen is a self-confessed fan of the feisty senior pro.

In fact, Shiva was in the arena when Akhil lost in the quarter-finals of the 2010 Commonwealth Games here.

The boy had even gone to say "well fought champ" to his senior, who didn't have a clue that the teen shaking hands with him would eventually overtake him in a category that he made his own at the peak of his career.

The youngster finished his schooling last year and his plans for higher studies have been put on hold until after the Olympics.

"He will decide about higher studies after London. Right now his focus is on boxing, nothing else," said Thapa senior.

In fact, the talented youngster is also a part-time singer who would "surely have given music a shot" if his boxing career had not taken off.