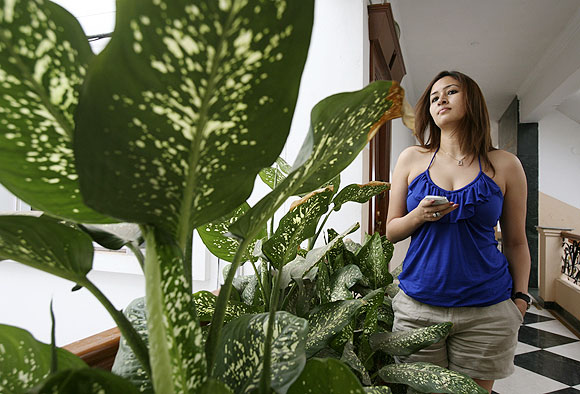 Jwala Gutta thinks it may take India 100 years to emulate China's sporting success, but the badminton doubles specialist hopes to bring her country a step closer to that goal by earning a medal at the London Olympics.

- An Olympic medal not an impossible task: Jwala Gutta

Gutta, whose mother is Chinese, is under no illusions about China's awe-inspiring sports infrastructure, a conveyor belt producing new talent seemingly on a daily basis.

Chinese shuttlers monopolise the badminton rankings and will be hard to shift, something Gutta, like most others, have come to accept. 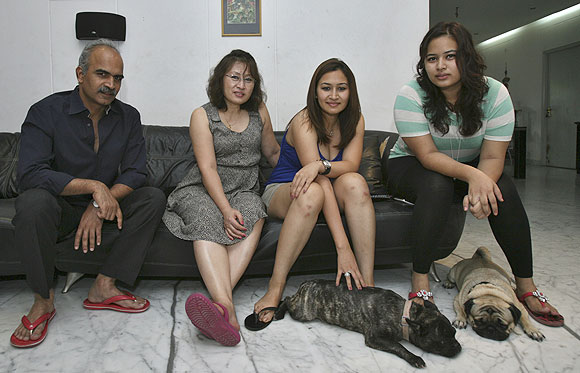 "China in sports is 100 years ahead of us; there are no comparison," the 28-year-old said, adding that her mother told her all about the Chinese sporting system.

"She was born and brought up there. She knows how the system works over there.

"Mum says that in China the players have to worry only about their game," said the left-hander from Hyderabad, who is currently ranked 13th in the world in mixed doubles but once rose to a career-high sixth.

"She respects me more than the Chinese players because she feels that I have to worry about everything -- the game, the media, my studies, my job, my friends, the politics and the critics."

'I am not afraid of losing at all' 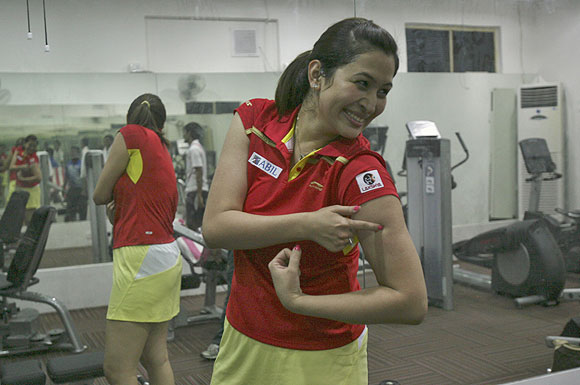 Gutta, whose sister is named "Insi" by her father, deriving it from India and Sino (China), won the 2011 World Championship bronze medal in women's doubles with Ashwini Ponnappa in London, the same venue where the Olympic badminton events will be held.

Having beaten some of the formidable Chinese pairs earlier, Gutta gives herself a fair chance of winning a medal in the women's doubles and mixed doubles events at London.

"So I am not worried about anybody and I am hopeful of winning a medal in both events."

'I am feeling much, much fitter' 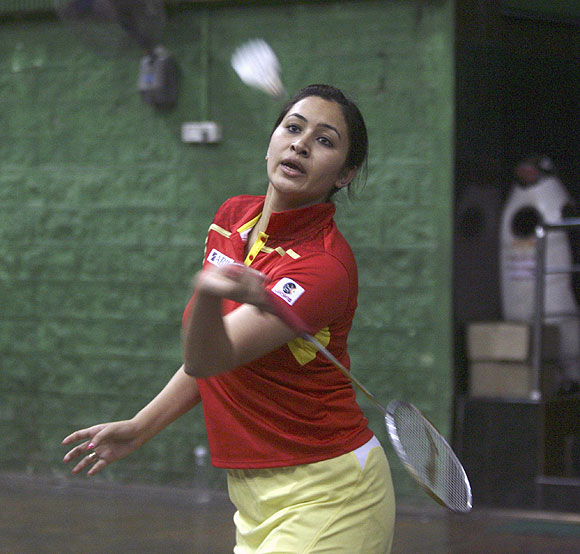 Gutta, who won the 2010 Commonwealth Games doubles gold in Delhi, is currently focused on improving her on-court movement and is ready to shed a few pounds even if it means going without her favourite dishes.

"I am focusing on my diet and I have already lost a lot of weight. I am feeling much, much fitter. I had to quit every favourite food of mine," she said, breaking into a laugh.

"I am on high protein diet right now. I will continue the same diet after the Olympics as well because I am feeling healthier. Now I know what to eat and what not to eat and I am getting to know my body better."
Source: