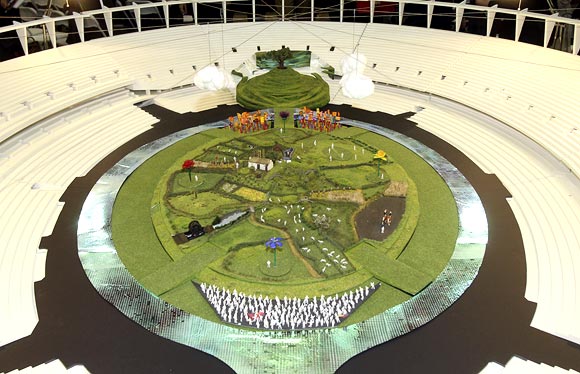 London's Olympic Stadium will be transformed into a British meadow complete with fields, cows, ducks, a horse-drawn plough and a game of village cricket for the opening ceremony of this year's summer Games.

Film maker Danny Boyle, artistic director of the London 2012 Olympic Games opening ceremony which takes place on July 27, said on Tuesday he wants to recreate a classic rural idyll for the opening scene of the three-hour event.

At either end of the stadium there will be "mosh pits" filled with standing members of the public.

One side will evoke the spirit of the Glastonbury music festival, a huge pop extravaganza held on a dairy farm in southwest England, while the other will reflect the Last Night of the Proms, an annual classical music celebration.

"It's a real meadow with real grass and real animals and it's actually something that we're very proud of," Boyle told reporters huddled around a model of the opening set for the ceremony.

"You begin with a certain kind of philosophy, which is, you think what were we, where have we come from, what's our heritage ... what are we now and where are we going?"

'It's something that is spread across all our lands' 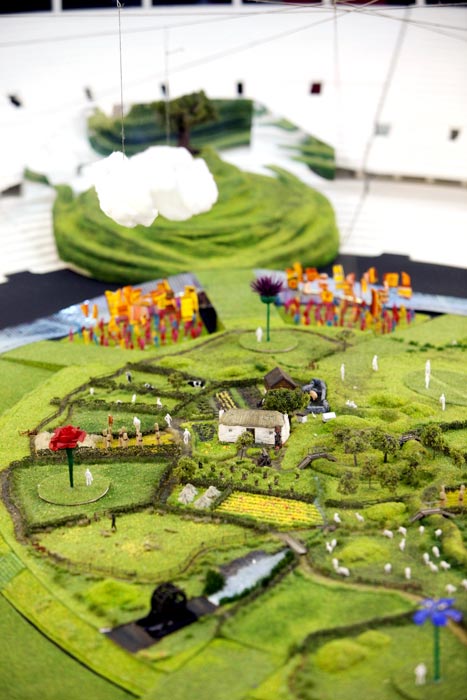 Boyle, an Oscar winner for his acclaimed "Slumdog Millionaire", said repeatedly that he was "bound to fail" in any effort to encapsulate the spirit of a nation with a single ceremony, but hopes everyone would take something away from it.

He also said that the rising urban population, and the problems of life in British cities, would be reflected. But there were few signs of that at a news briefing to unveil the look and feel of the Olympic launch event.

"It (rural Britain) is real, it brings together all the four nations, it's something that is spread across all our lands, but it's also disappeared as well," he said.

"But it's also mythical. I think it's in our brains as part of ourselves, this ideal which is kind of like a childhood memory in a way. I think all of us in some degree are attached to it."

The ceremony is inspired by William Shakespeare's play 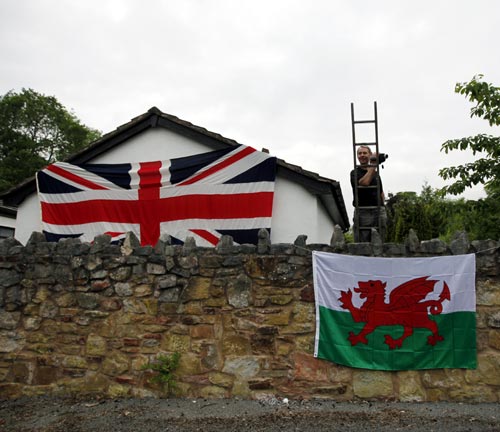 The four countries of the United Kingdom are represented with giant representations of their emblem flowers -- the rose for England, thistle for Scotland, flax for Northern Ireland and daffodil for Wales.

The Olympic athletes will walk around the meadow, made up of mini-fields separated by hedges and a river, and electronic group Underworld will provide the soundtrack.

The ceremony, which costs around 27 million pounds ($42 million) to stage, is titled "Isles of Wonder" inspired by William Shakespeare's play "The Tempest", and the opening scene unveiled on Tuesday is called "Green and Pleasant".

Expected to draw a television audience of more than a billion people, the ceremony will start at 9 pm local time and is due to end at around midnight.

Boyle acknowledged that it would be hard to keep proceedings on schedule, particularly with a procession of some 10,500 athletes keen to savour their place in history.

"We have got all these devices like the tempo of the music ... which will encourage them to move at a good rapid pace around the stadium so that we can all be in our beds before daylight," he joked. 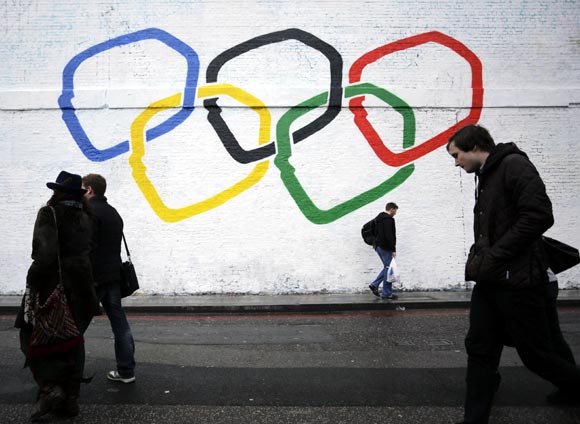 Boyle also vowed to make the ceremony a spectacle for the crowd in the stadium as much as for the huge television audience watching at home.

"We wanted the show to feel a bit warmer than these shows sometimes are. They sometimes are spectacular spectacles and sometimes as a live audience you can feel excluded from that."

Explaining why he was revealing details of the ceremony, which involves 10,000 adult volunteer performers, 13,000 props and a million-watt PA system, Boyle said:

"Normally what happens is that you tend to try and keep these things secret. Of course part of the modern world means that you can't really do that.

"All the volunteers have phones and they all take pictures of things and we've asked them not to tweet them and send them around the world. But with so many thousands of people ... it's impossible to keep secrets."

The model display featured clouds made of cotton wool, and Boyle promised to provide artificial rain in case the real thing failed to materialise - hard to imagine at a time when wet weather has dominated London's skies for days.