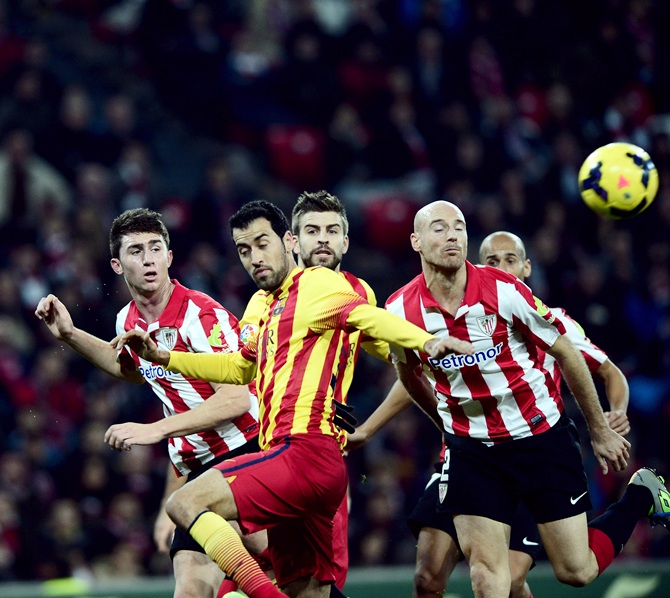 An ineffectual Barcelona crashed to their first La Liga defeat of the season and failed to restore their three-point lead over Atletico Madrid at the top when they were beaten 1-0 at Athletic Bilbao on Sunday.

Barca were again without the injured Lionel Messi, who is not expected back until mid-January, and turned in one of their worst performances of the campaign against a fired-up Bilbao at the Basque club's new San Mames stadium.A miserable week for the Spanish champions, which included Tuesday's 2-1 Champions League loss at Ajax Amsterdam, went from bad to worse when Bilbao forward Iker Muniain stole in to net from close range in the 71st minute.

Barca barely mustered a shot on target against the Basques, with Brazil forward Neymar particularly disappointing, and it was only the second time in 15 matches this season they have dropped points after the 0-0 draw at Osasuna in October. 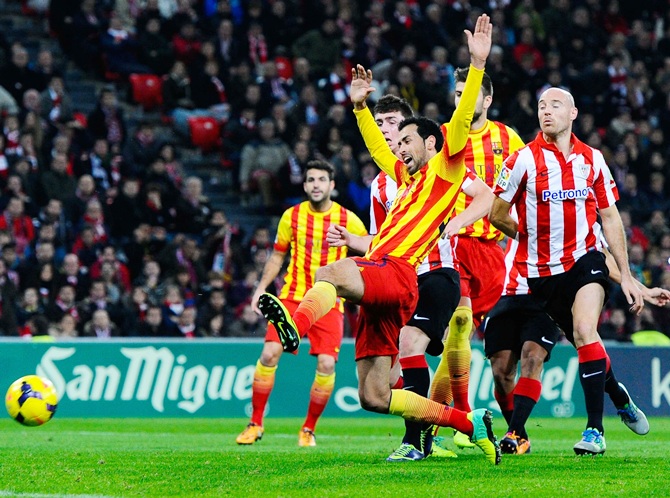 Gerardo Martino's side are level with Atletico on 40 points following the Madrid club's 2-0 win at promoted Elche on Saturday, while Real Madrid, whose 4-0 drubbing of Real Valladolid on Saturday included a hat-trick from record signing Gareth Bale, are three points further back in third.

Bilbao ended a streak of 14 winless La Liga games against Barca and beat them for the first time since May 2006 to climb above Villarreal into fourth on 29 points.

"It was an open game against a great opponent who pressed us hard and knows how to play," Barca midfielder Sergio Busquets said in a pitchside interview with Spanish television broadcaster Canal Plus.

"They had their moments and we had ours but if we don't take our chances then it becomes harder," added the Spain international.

"All we can do is congratulate Athletic and carry on because there is no other choice.

"We have to learn from the mistakes we made, which for sure were numerous, but also from the positives." 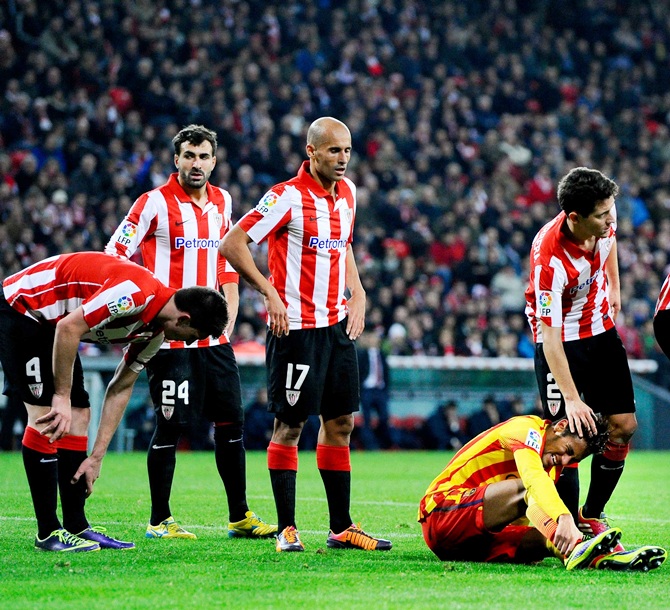 Without World Player of the Year Messi creating havoc in the forward line, Barca lacked a cutting edge against a well-organised Bilbao unit.

Neymar forced a superb save from home goalkeeper Gorka Iraizoz in the 12th minute but the Basque side refused to allow the Barca players time and space, creating several clear chances in the first period.

They came close when a deflected cross fell to Muniain and he scuffed his close-range shot straight at goalkeeper Jose Manuel Pinto, playing in place of the injured Victor Valdes.

Cesc Fabregas played Neymar through five minutes after the break but the Brazil forward, who had to change his boots in the first half after slipping over several times, sliced his effort well wide.

'What we were lacking perhaps was the precise final pass' 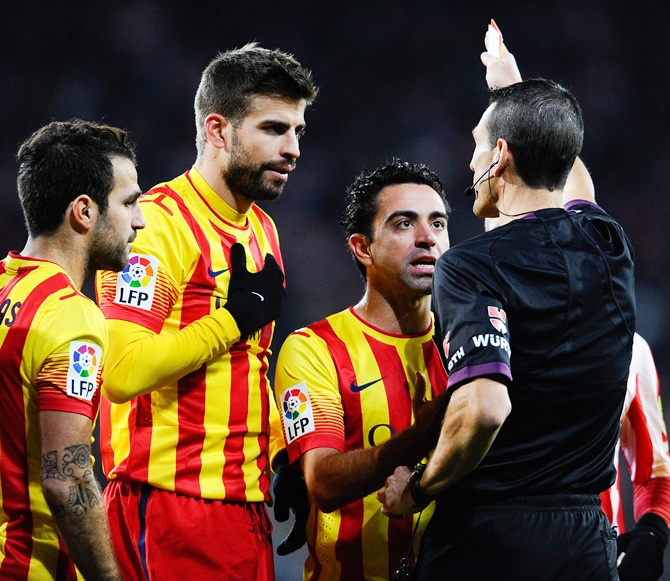 Bilbao, who thoroughly deserved their victory and are unbeaten at home this season, almost doubled their lead four minutes after Muniain's goal when Pinto produced a brilliant save from Gaizka Toquero's unchallenged header.

Martino threw on Pedro late on but the Spain forward made little impact and Bilbao comfortably held on to their lead.

Argentine Martino, who took over from the ailing Tito Vilanova in the close season, complained that the referee should have sent Bilbao midfielder Ander Iturraspe off just before the hour after he felled Neymar when he was through on goal.

Iturraspe escaped with a caution, prompting furious protests from the Barca players.

"The incident could have changed the course of the match," Martino told a news conference.

"I think up to the 70th minute we were superior on the pitch but after that it was a different game.

"We had moments when we had a great deal of control but what we were lacking perhaps was the precise final pass."

In the earlier kickoffs, pressure eased on Valencia coach Miroslav Djukic when a quickfire hat-trick from forward Jonas gave his erratic side a 3-0 win at home to 10-man Osasuna.