'She has the potential to make big strides in world badminton' 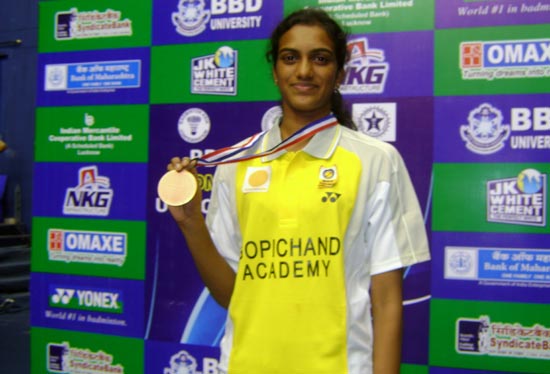 Her parents played volleyball, but PV Sindhu turned to a completely different sport and is already on the way to stardom as her recent run of success indicates.

She is just 16, but already being hailed as the next big star in badminton circles. She won three senior level titles in 2011, and, what is most impressive, her world ranking has risen to an impressive No 42 in a short period of nine months.

"She has the potential to make big strides in world badminton. I think in the next few years, she will be one of the players to be watched keenly," said Gopichand.

Incidentally, Sindhu considers Saina her role model and wants to follow in her footsteps by breaking into the top-10 of the world rankings.

- My dream is to get the OGQ athletes best of everything: Rasquinha

Life was not easy for Sindhu at the start, but her association with Olympic Gold Quest (OGQ) changed things completely. Soon, she had her mother travelling with her for tournaments and also a full time coach and physio at her disposal, while the OGQ sports science team conducted regular medical assessments and provided nutritional assistance to ensure she was in her best shape all the time.

Sindhu reveals why she took up badminton, and OGQ's impact on her career.

What made you take badminton as a sport?

'Gopi Sir has really helped me develop my game immensely' 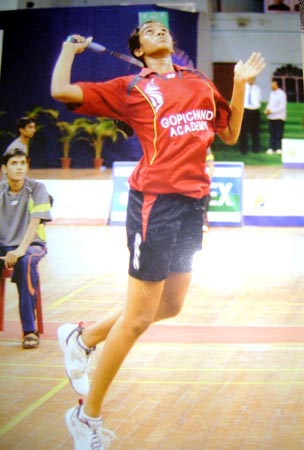 Tell us about the initial days of learning the game?

I used to play at a place near my home in Hyderabad and trained under coach Mr Mohammed Ali.  Then, for some time, I practiced at the LB stadium. It was only later on that I joined the Gopi Chand Academy. Since then I have been training there as the facilities are world class. Gopi Sir has really helped me develop my game immensely.

How supportive have your parents been?

My parents have been extremely supportive and encouraging. Both my parents were volleyball players who represented India. (Sindhu's dad P.V. Ramanna is an Arjuna Awardee). Their support has been instrumental in my good performances. I am also blessed with good height (Sindhu is 5'9 inches) because of my parents.

You are looked up as the future star for India. Does it add to pressure?

No, I don't really think about it too much. I just enjoy playing badminton. In fact, people nowadays always expect me to play well and this motivates me to work even harder.

'OGQ has helped me tremendously' 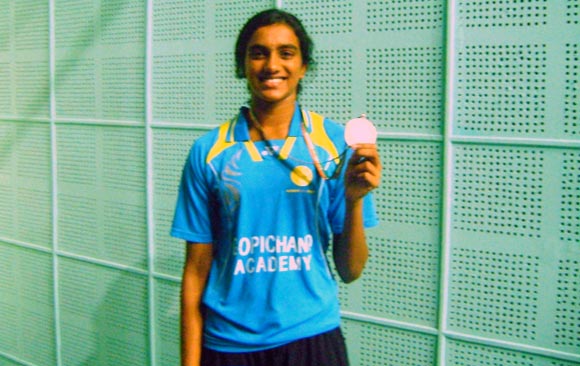 How does OGQ support you in your preparations?

OGQ has helped me tremendously in the last year-and-a-half. The best thing about OGQ is that they understand what a sportsperson goes through. So, it is easy for me to explain to them what challenges or problems I am facing.

They have helped me get so much international exposure in the last one year. They sponsored my flight tickets, accommodation, food and other expenses for almost 3-4 tournaments abroad this year itself. Not just me, but also a coach appointed by the Gopichand Academy to accompany me. The right support staff matters a lot, especially on tournaments abroad.

OGQ also helps me with my medical, nutrition and physiotherapy requirements.  Most importantly, OGQ moves with great speed in helping me quickly when I need anything related to my game. I am never hesitant to call them for any kind of support.

Where do you train? What's you fitness regimen?

I train at the Gopichand Academy in Hyderabad. In the morning, we start our practice from 7.30 to 9.30 Then we have breakfast and rest for awhile before resuming  practice, from 11am to 1pm.  In the evening, we train from 4.30 and end at 6.30.  We have an off on Saturday evenings and Sunday. The training is mixed with fitness, endurance training, strength and power training and, of course, badminton technical training.

Dr. Kiran and Dr. Viplav are the physiotherapists who look after our fitness while Gopi Sir supervises the badminton part.

During the Indonesia International Championship you defeated world No 35 Fransiska Ratnasari in front of her home crowd. What was the feeling?

I felt very happy after winning that tournament because I had lost to the same girl earlier in the Indian Open. Winning in front of her home crowd was special. But, honestly, I did not think about the home crowd and the fact that they were supporting her. I just played my natural game

What's your best memory of the game up till now?

Best memory was winning the Indonesia International Championship in 2011,

How do you prepare yourself before a match?

Normally, I just think that I should play well and give it my best shot. I only focus on my own game and then I go and play.

What is your ultimate dream?

My ultimate dream is to become the World No. 1 badminton player and win an Olympic gold medal.