'Indian sports fans can get tickets through the IOC' 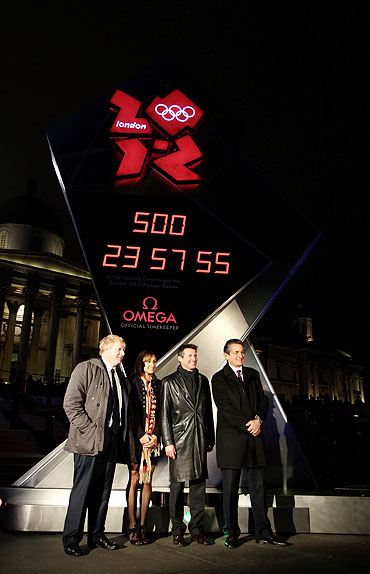 Indians interested in witnessing the 2012 London Olympics can get tickets from the Indian Olympic Committee, Chairman of the Games Organising Committee Lord Sebastian Coe said.

"Indian fans will be interested to witness their sportsmen and women in Track and Field, Shooting, Wrestling and Hockey as witnessed at the recent Delhi Commonwealth Games and they could get tickets from the Indian Olympic Committee," Coe said in London on Monday.

A total of 8.8 million tickets will be on sale for the 26 sports featured. In addition to the 6.6 million tickets on sale in the UK from Tuesday -- 500 days before the start of the Olympic Games -- up to one million tickets are available for sports fans outside the UK via National Olympic Committees and and their Authorised Ticket Resellers.

Authorised Ticket Resellers have now been confirmed and a full list of them is available on the London 2012 ticketing website.

'This is a momentous moment for all involved in London 2012' 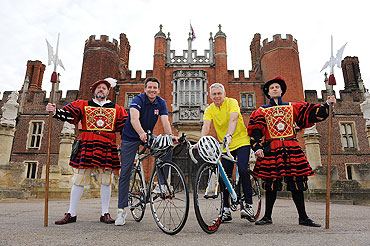 "Customers outside of the UK should contact their local National Olympic Committees to find out details of ticket sales in their country," Coe said.

The first phase of ticket sales will be handled exclusively through an online request process, beginning on Tuesday and runs through April 22, 2011, at 12 midnight Eastern.

During this request phase, all applicants will have an equal chance of being awarded their requested tickets.

In all there will be 26 sports, 34 competition venues and 645 sessions. Two-thirds of tickets are priced at 50 or less and 2.5 million tickets at priced at 20 or less.

"This is a momentous moment for all involved in London 2012. This starts the journey for those who have been dreaming of getting hold of an Olympic ticket since the day we won the bid in 2005 -- these really are the greatest tickets on earth," Lord Coe said.

"In the UK, people have 42 days to make their application and I urge everyone to take a look at what sports are available on what days and make their choice. If any sessions are oversubscribed we will run a ballot which we think is the fairest way of allocating tickets," he added.

'We want this to be the greatest show on earth' 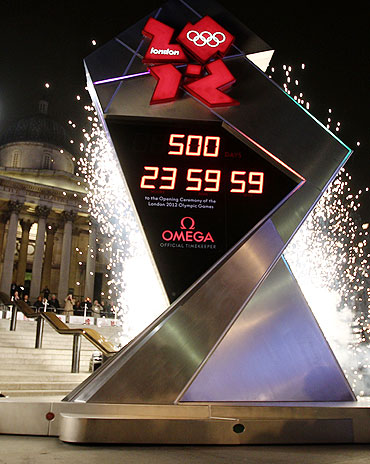 There are also venues outside London, with sport taking place at Weymouth and Portland (Sailing), in Essex (Cycling - Mountain Bike), and Football taking place at grounds throughout the UK including Old Trafford in Manchester, Hampden Park in Glasgow and the Millennium Stadium, Cardiff.

"We will also welcome fans from around the world, here supporting their athletes. I've often said that those athletes will find a home crowd waiting for them already in London, the same goes for the supporters," Lord Coe said.

"London will be a fantastic place to be in the summer of 2012, with a unique atmosphere and we look forward to welcoming the world to our city and to the UK. There is a huge range of tickets available, to see the best athletes in the world competing. My message is simple -- be there.      "We want this to be the greatest show on earth, not the greatest scam on earth, and we want these tickets to be bought by genuine sports fans, who want to be part of London 2012. I would urge caution, be sure about where you are buying tickets from and if they are not an official ticket seller, be safe and don't take a chance."